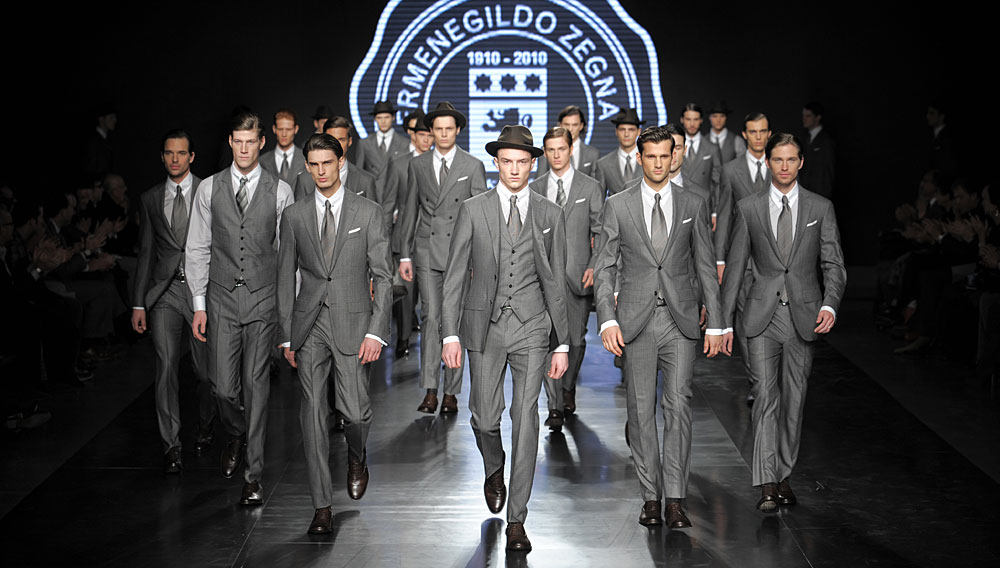 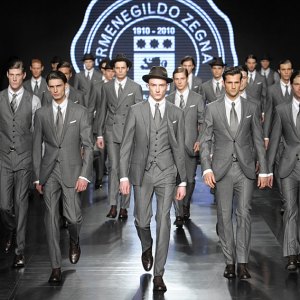 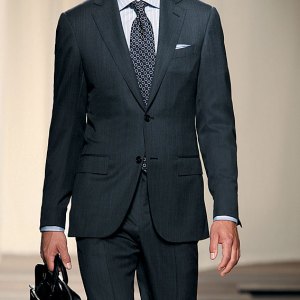 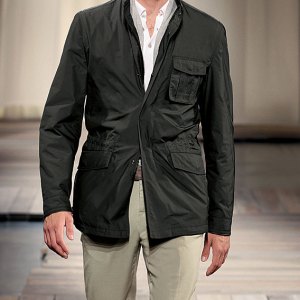 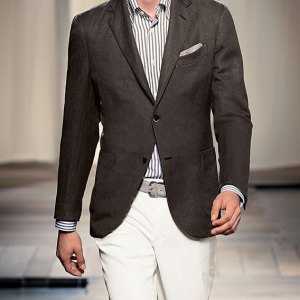 Celebrating its 100th anniversary in 2010, Ermenegildo Zegna started out as a cloth maker and began making ready-made tailored clothing from its own proprietary fabrics in the 1960s. When Zegna opened its own stores in the 1970s it became the first vertically integrated Italian clothing brand, meaning the company controlled every aspect of the production process from securing the raw materials and weaving its own cloth to manufacturing and selling its signature clothing. The majority of Zegna suits are industrially made in family-owned factories in Switzerland and Italy, while the company’s more exclusive couture suits, all made in Padova, Italy, are nearly 50 percent finished by hand, including such sartorial details as working buttonholes, boutonniere stays under lapels, inside armholes, lapel stitching, and pant cuffs. Inside Information Zegna is known for introducing menswear to the concept of made-to-measure, a hybrid style of tailored clothing in which a gentleman tries on an existing suit jacket and is given a laundry list of options to customize the garment—from having it made in his choice of fabric and tweaking the shape to his liking to personalized details such as working sleeve buttons, alternative pocket shapes, personalized linings, cashmere under the collar, and even the number of pleats in his trousers.