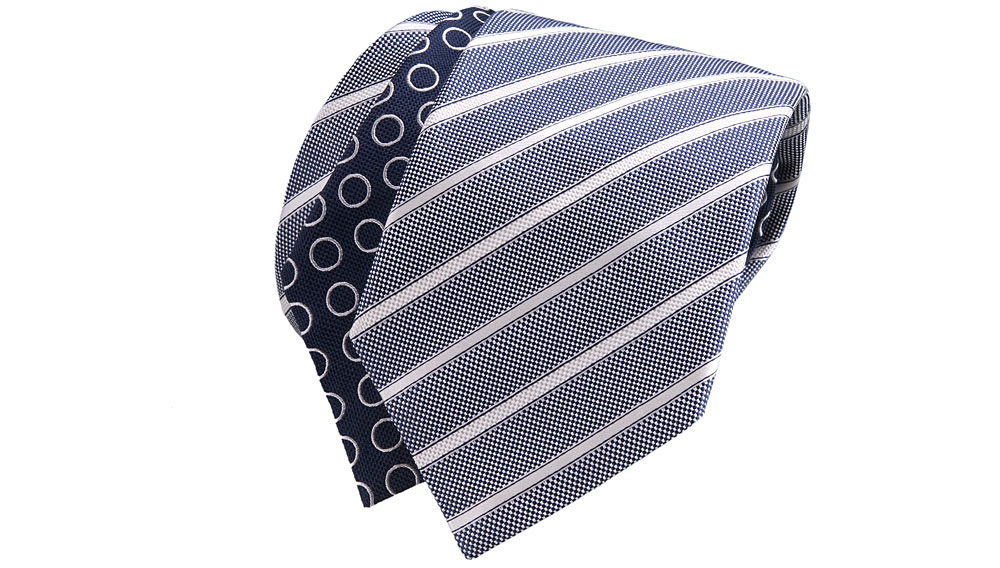 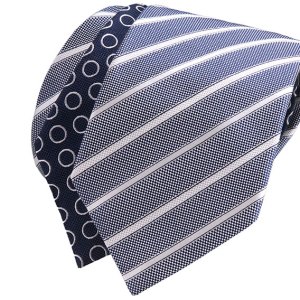 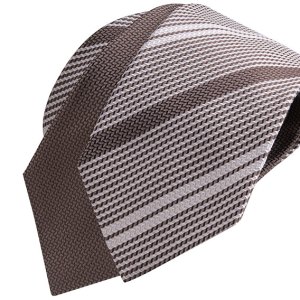 Shortly after Ermenegildo Zegna launched its first collection of men’s ready-to-wear in the 1960s, the founder’s son, Angelo Zegna, handed two pieces of vividly colored silk to a company craftsman named Luciano Donatelli and instructed him to construct a necktie out of it. Today Zegna produces more than two million ties annually out of the firm’s Orsini S.p.A. factory based in Oleggio, about 30 miles south of Milan. Unlike many numbered ties, Zegna neckwear is often identifiable by the era in which it was produced. For instance, club ties featuring animals and vegetation in the 1980s gave way to Earth Day-themed patterns in the 1990s, before small neat prints, paisleys, and other abstract jacquards were adopted later in the decade. Zegna ties have other distinctions as well, including the use of superfine silk fabrics produced on looms capable of weaving an unprecedented 400 6-ply threads per inch. When a tie pattern is printed instead of woven directly into the fabric, each print is produced using proprietary silkscreen engraving to achieve precise detail and color richness.

Because Ermenegildo Zegna is one of the few luxury ready-to-wear brands to also produce its own fabrics, Zegna neckwear is also color coordinated with all of the cloth produced at the family-owned wool-weaving mill in Trivero, Italy.