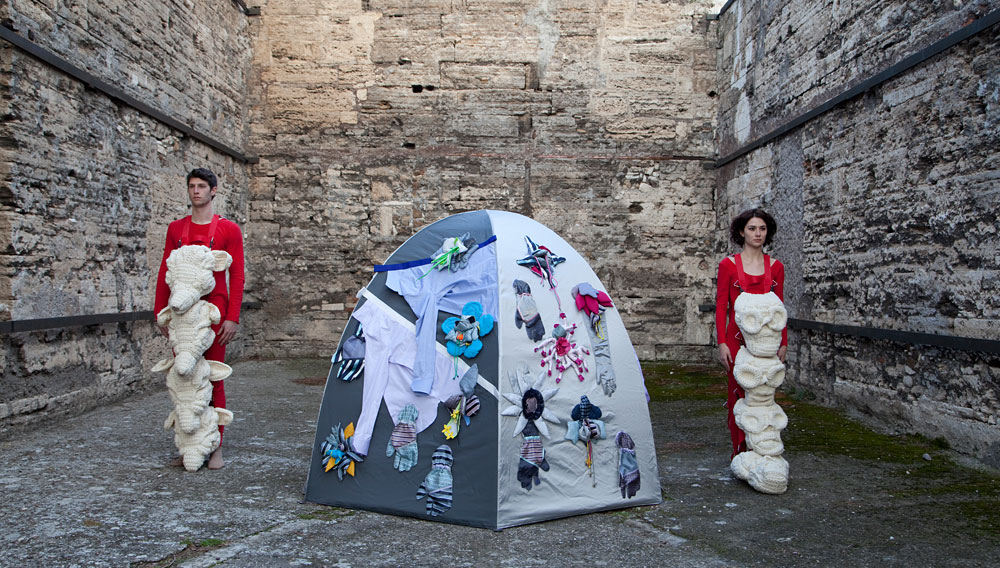 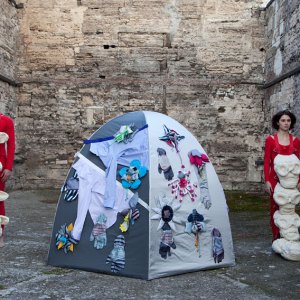 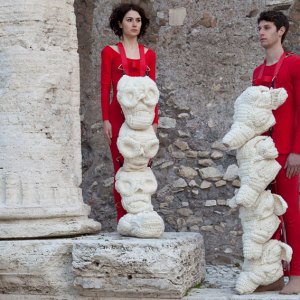 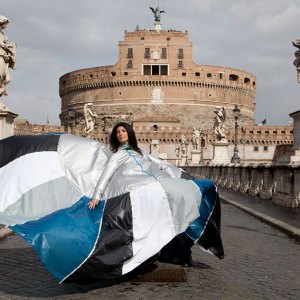 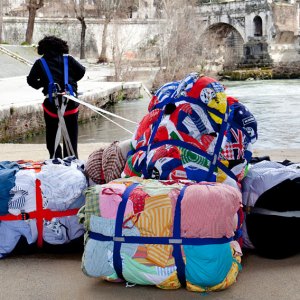 Italian menswear brand Ermenegildo Zegna is unveiling a specially commissioned art installation at the MAXXI, Italy’s National Museum of XXI Century Arts, in Rome on March 21, which coincides with the brand’s store opening on Rome’s Via dei Condotti this month. This is the first in a series of art projects to open under the company’s newly formed ZegnArt division, which was created to support contemporary art by funding residencies for young artists and future projects, including upcoming shows in India, Turkey, and Brazil.

Zegna’s first art exhibit pays homage to Rome, which was founded on seven hills, with a series of seven domes constructed by artists Lucy and Jorge Orta (curated by Maria Luisa Frisa and Carlos Basualdo). The tent like constructions are swathed in Zegna fabrics, such as silk ties and cotton shirts, to create “wearable sculptures” that reference nomadic shelter, journey, and survival—themes which are common to the Ortas’ work. The exhibit will be on view through September 23, then it will travel worldwide. ZegnArt will kick-off stateside on May 2 at the brand’s Manhattan boutique with a preview of work by American artist Emil Lukas. He is incorporating Zegna’s silken fabrics into a thread painting. (+39.06.3996.7350, www.zegnart.com)