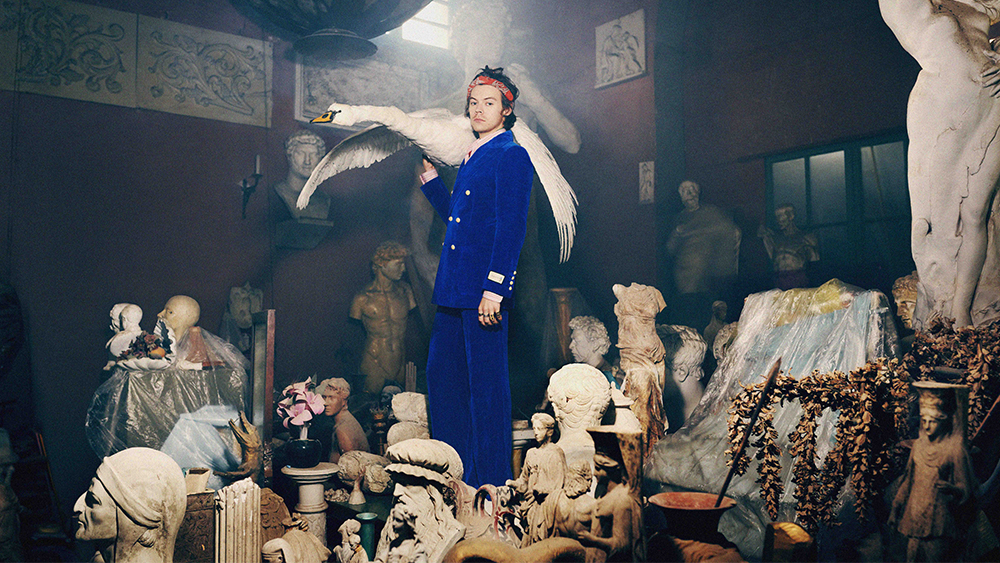 With figures like Timothée Chalamet and Harry Styles challenging traditional notions of male dress with each red carpet appearance, it feels as if the relationship between masculinity and clothing is primed for a revolution. It’s to this background that London’s Victoria & Albert Museum has opened Fashioning Masculinities: The Art of Menswear, a new exhibition that runs until November 6 and is accompanied by a same-named book releasing May 31 from V&A Publishing (and available for pre-order now).

“It’s an exciting moment because the shift in perceptions around menswear and masculinity is happening everywhere from fashion houses to streetstyle, the red carpet to Instagram,” says Rosalind McKever, who co-curated the exhibition and edited the book along with Claire Wilcox. In addition to the timeliness of the topic, McKever believes that the Victoria & Albert’s vast and diverse collection made it uniquely suited to the task.

“The V&A has collected menswear since its foundation, and across the museum—in paintings, sculpture, everywhere—we see imagery of men’s fashion,” she says. “We noticed the connections between the creativity of the contemporary menswear scene and these historical collections, so we wanted to share these and celebrate this moment of vibrancy.”

The exhibition, and the book, are divided into three sections: “Undressed” focuses on depictions of the nude male body from antiquity as well as undergarments; “Overdressed” examines the power and attitudes conveyed by court dress and fashion throughout history; and “Redressed” looks at how the nature of masculine clothing has changed over the last century and continues to evolve (the exhibition closes on a fourth theme, “Dressed”, displaying three recent zeitgeist-making pieces including the tuxedo dress worn by Billy Porter to the 2019 Oscars and the lace Gucci dress Harry Styles donned for the December 2020 cover of American Vogue.)

Sam Smith photographed by Alasdair McLellan; the cover of “Fashioning Masculinties.”  Fashioning Masculinities: The Art ofMenswearat the Victoria and Albert Museum, London, 19March–6November 2022.In partnership with Gucci, with support from American Express ®

Along the way, the theme of each section is underscored by paintings, sculpture, ceramics, photography and other objects from the museum’s collection, and in the case of the book, dozens of short essays from museum curators, academics and fashion critics exploring the links between classical statuary and Marvel superheroes or Renaissance portraiture and hip-hop (poignantly, its afterword is penned by the late Virgil Abloh). The book also devotes more time to accessories, and the roles played by identity, history and geography.

And while the exhibition and book address the current relationship between masculinity and dress, visitors and readers should come away with the understanding that it’s always been fluid.

“Perceptions of masculinity through clothing are constantly shifting,” McKever tells Robb Report. “If we look back to the 16th, 17th and 18th centuries, we find oversized silhouettes, lavish fabrics and bold colors that are even more flamboyant than those on the contemporary runway, but in a society which is more conservative. By comparison, today’s fashion feels more open, but the exhibition and book show that it’s all relative.”

In terms of what figures have had the most impact on how men have worn their masculinity through the centuries, McKever credits power-dressing Renaissance princes and the famously pared-down style of Regency celebrity Beau Brummell. But she believes that the opposite sex deserves credit for shifting masculine dressing norms, too.

“From Queen Elizabeth I to Marlene Dietrich to the YSL Le Smoking, women’s adoption of menswear has subverted sartorial power structures, with a liberating effect for everyone,” she says.

If the history of men’s dress serves as an example, what comes next is anyone’s guess. “Fashioning Masculinities really shows how susceptible to change perceptions of masculinity are, and we love fashion because it never fails to surprise us,” says McKever. “I am sure we should expect the unexpected!”