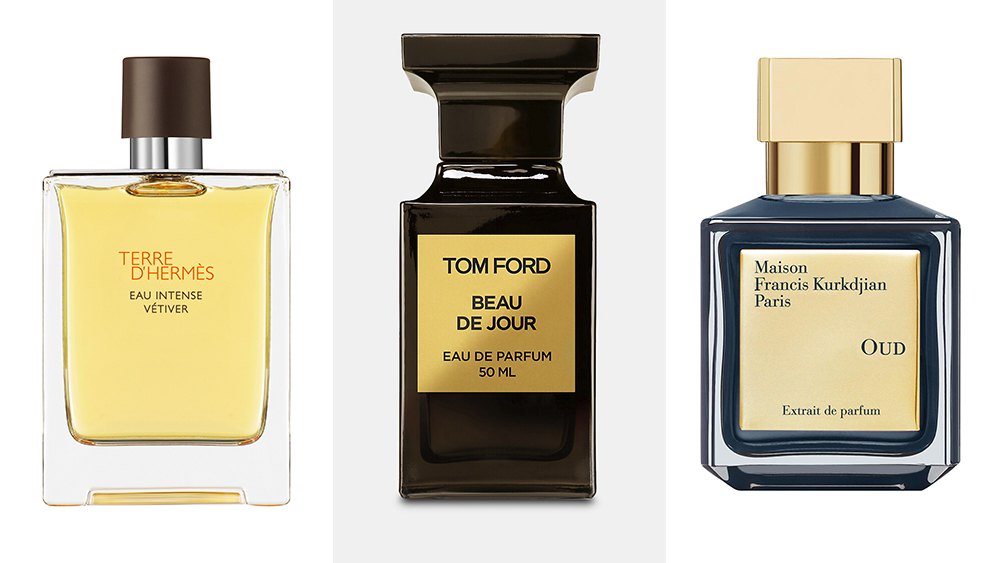 Dads are notoriously hard to shop for. Every year, when Father’s Day comes around, we wrack our brains trying to think of something that feels special enough to give our dads. There are old standbys: ties, power tools, bourbon. Cologne falls into that stand by category, too. It’s tempting to go the easy route and get him a new bottle of the cologne he’s been wearing for years. But we say, instead of refilling, why not take the opportunity to introduce him to something new.

Still, navigating a fragrance counter is not how all of us want to spend our time. Cologne is personal and buying it for someone else can be tricky. So, here are two keys to buying your dad (or anyone else) cologne. First, think of the ingredients in the one he already wears. Is he a musk guy or does he go for fresh scents? Pick something that incorporates a note you know he likes, but is slightly different. That way he’ll be more likely to actually wear it. Second, think about other stuff he’s into (books, cars, dad stuff) and choose a cologne that evokes that vibe. To make that part easier, we’ve assembled the 10 best colognes for every type of dad.

Maybe your Dad wasn’t actually at Woodstock, but his record collection might suggest otherwise. Diptyque’s Tempo was designed to evoke the smell of the 1960’s; it’s formula is heavy on patchouli. It’s not overpowering, though, since the strong patchouli is tempered and modernized with the addition of clary sage and violet—the olfactory equivalent of listening to Hendrix on Spotify.

Dark Lord is like a really fancy leather jacket, the kind you save only for special occasions because you feel so damn cool when you wear it. You know that feeling and so does your dad. This cologne, which of course has leather notes but also vetiver, rum, and pepper lending it a spicy and sexy vibe, is best used for nighttime social gatherings. It’s ideal for any dad who’s the life of the party or, at least, wants to be.

The newest Tom Ford men’s cologne is ideal for the dad who knows the specific pleasure of wearing a custom-made suit—and has a closet full of them. If your dad is always the best-dressed guy in the room, can identify weaves of fabric by name, and has his tailor on speed dial, he deserves a cologne that telegraphs his refined and well-informed taste. The major notes in this cologne are floral (lavender, African geranium), but don’t come across cloying or sweet. And according to the New York Times, Tom Ford himself has been wearing Beau de Jour, which is really all you need to know.

Even if your dad loves spending time outdoors, he may not always want to smell like he’s been spending time outdoors. This cologne is like glamping—it evokes the outdoors with layers of sunlight, campfires, and subtle green notes, but won’t make anyone think your dad just worked up a sweat mowing the lawn. It’s elegant enough to wear every day, but still says “I wish I was hiking.”

Just like a perfectly worn-in Hermes duffle that gets softer with age, Terre d’Hermes is right for a dad with discerning taste and Platinum status. The newer Intense Vetiver version, specifically, is even better, like a ride on a private jet to St. Barth’s. The title ingredient gives it a clean, fresh vibe, but pairs it with green bergamot for brightness and Sichuan peppers for bite. It’s crisp, bright and elegant—best worn with a subtle tan and a linen suit.

A minimalist and surprising scent, Bois D’Argent is like the Eames lounger of colognes. It’s simple and classic, and the longer he wears it the more surprising it becomes. This fragrance is technically unisex, so it’s perfect if your dad who knows exactly what he likes and has nothing to prove. At first it’s floral, with a burst of iris, but evolves as it dries down into a mix of patchouli and frankincense that is both crisp and smokey. It’s not exactly like giving your dad the deed in Philip Johnson’s Glass House, but he’ll appreciate the sentiment nonetheless.

We get that some guys don’t like to wear cologne. If your dad has a beard, he might already have a routine that relies on already-fragranced products, like beard balms and oils—why would he want to add another scent on top of that? Instead, meet him where he already is. Pasha de Cartier Grooming Oil is a special-occasion beard oil, when his beard needs to be a little extra glossy. Somewhere between a classic beard oil and a cologne, it still gives the hydration and smoothing effects of traditional oil, but with a little more (and much fancier) scent than others.

The downfall of giving your dad a grilling apron for Father’s Day is that it reinforces that you think of him as, well, a dad. But even dads want to be reminded that they are also gentlemen. This classic masculine cologne is literally named Gentleman, so there won’t be any confusion about what you’re telling him. It’s made from a who’s who of iconic masculine ingredients: fougere (perfumer speak for “fresh”), leather, musk and patchouli with a subtle twist of powder and vanilla. It’s the smell of good manners and refinement, like someone bottled crossing out your last name when you use your personal stationery.

True oud is pretty rare, but given that it’s become a common ingredient in fancy men’s cologne, you may not realize it. It has an earthy, musky quality—spicier than patchouli and more ethereal than true musk. Oud-based colognes have depth and mystery to them. This one, specifically, smells like an antique book store owned by a magician. It’s for the dad who is constantly seeking knowledge; it’s scent makes the wearer seem like they know something we don’t.

Take one whiff of this cologne, from Michelle Pfeiffer’s new fragrance company, and it’s clear that the house its name references is at the beach. It smells like whitewashed wood, rattan furniture and salty air blowing through open windows. In olfactory terms, it has what’s called a “marine” note, making it ideal for any dad who favors fresh, clean scents, but not the green kind. If your dad counts down the days till he can open his beach house for the season and then spends the rest of the summer barefoot, this one’s for him.