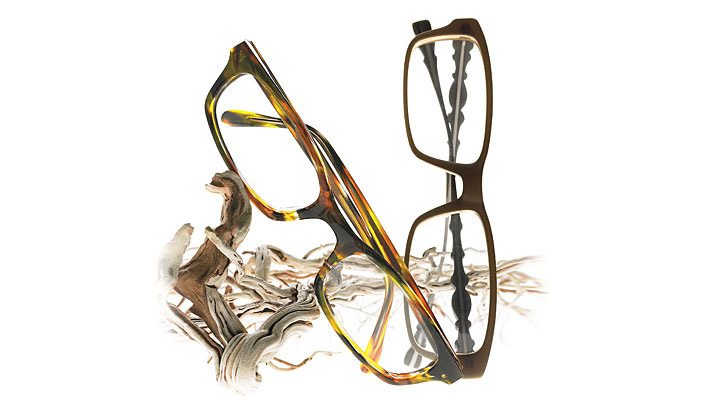 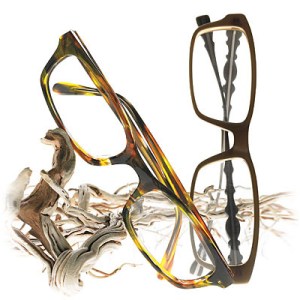 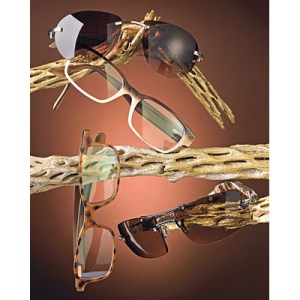 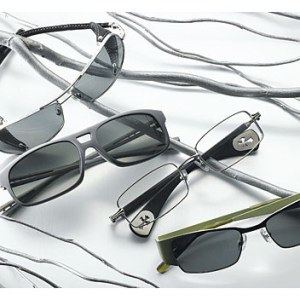 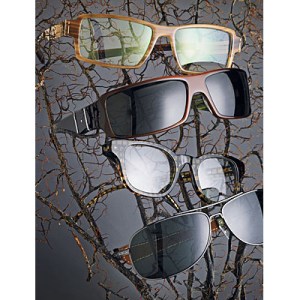 Lapo Elkann has described the eyewear from his new company, Italia Independent, as unique and innovative “personal belongings” instead of “status symbols.” The debut model from Elkann, the grandson of Giovanni Agnelli and heir to the Fiat fortune, is named Carbon Sever. The customizable aviator-style sunglasses are made entirely from carbon fiber—the same lightweight and durable material that is used to make the bodies of racecars.

Producing these glasses is a complicated and costly process; each pair of the $1,300 frames comprises more than 40 carbon pieces, or “skins.” These pieces are kept at a constant temperature of 15 degrees below zero, to prevent them from shrinking, before they are heated and molded into eyewear. Afterward, craftspeople sand the frames by hand, then laminate them three times to achieve the distinctive, iridescent checkered-flag finish. When ordering Carbon Sever glasses (directly from Italia Independent), you can choose from four different colors of lenses and frames, have your name engraved on the inside temples, and specify any message (up to 500 words) you want inscribed inside the case.

Cartier also offers customized eyewear, sometimes bejeweled and made of 18-karat gold, with prices as high as $100,000. “Today, the focus on eyewear at every price level has brought even more awareness and demand for unique pieces,” explains Martin Gatins, senior vice president of the North American division of Cartier, which has crafted sunglasses from African bubinga, an exotic wood, and buffalo horn—both materials that vary in appearance from frame to frame.

Kata, a decade-old New York brand, does not make custom eyewear, but it does produce limited-edition designs. The company has two new collections, Pleat and Reflect, that comprise seven models available in 17 colors. Kata will make only 100 or fewer pairs of each color. “The designs are very simple but sculptural—sort of organic-meets-architectural forms,” says design director Kristen Aronsson, a former industrial designer who began crafting eyewear three years ago. She says her Eyebeam design, which incorporates titanium plates inserted inside co-injected plastic temples, is a reference to the steel girders of unfinished New York skyscrapers. “They look a bit like architectural I beams,” she says. “They even have the tiny rivets.”

Kata was the first brand to employ the co-injected plastics technology after it was invented in 1994 by an affiliated Japanese firm. The process involves locking a titanium temple in a mold that is permeated with flow holes and filled with molten zyl, or plastic. After the material cools, the mold is removed, and the frame is sanded multiple times to achieve a completely streamlined form. Prior to co-injection, most manufacturers used unsightly glue, screws, and rivets to attach frame parts. Inexpensive eyewear is still produced in this fashion.

Manhattan designer Robert Marc practices another innovative manufacturing technique. He layers acetate to enhance the depth of color in his frames. The rich, two-tone combinations that distinguish his 1970 s-style frames actually consist of seven thin layers of different-hued acetates sandwiched together to create the dual-color contrasts. “It’s not as simple as putting tortoiseshell and tigereye together, because when you do that, the tortoise ends up looking like sea mud,” says Marc, who also adds color and texture to the inside of his frames, just as a tailor might line a suit with vibrantly colored silk. “When you turn your head, people get just a glimpse of it,” Marc explains. “It’s not obvious; it’s all about subtle detailing.”

Subtlety is also the hallmark of French designer Alain Mikli’s eyewear. He adds neon pink and orange rubber strips to the interiors of most of his handmade frames so that they will not slip off of your face. The rubber also cushions your skin against the acetate temples. One of his latest models is made of black, red, and crystal acetate that appears black until light passes through the frames and produces a stained-glass effect.

Mikli’s new limited-edition aluminum Alux frames, made for architect Philippe Starck’s Starck Eyes brand, are cut from sheets of aluminum. To counter the brittleness of the metal, Mikli invented a hinge, called Bioflex, that is both flexible and adjustable.

Several other eyewear makers also have devised new and improved hinges. Onono, the new upscale division of IC! Berlin, has patented a screwless and solderless hinge consisting of two strips of sheet metal that function like a clasp. The clasp remains secure while you wear the glasses, but should you sit on them or drop them on the ground, the frames will separate instead of denting.

Robert Marc might be the only designer who has patented and trademarked his hinge, which has come to identify his brand. His bars-and-dot design consists of two metal bars that wrap around the temples, and a nail (the dot) in the center that holds the plastic in place. Marc first saw this hinge configuration in a pair of antique handmade tortoiseshell frames that he bought several years ago for his private collection. “The hinge is actually a functional element of the design, and people recognize it as mine as much as they would a logo or a squiggly signature,” he says.

Lapo Elkann’s Carbon Sever aviators display no brand identification of any kind. Instead, with Elkann’s eyewear you can have what he calls “me unique” symbols: small, simple, and unusual design details that his company will add just for you. That is the ultimate symbol of status.