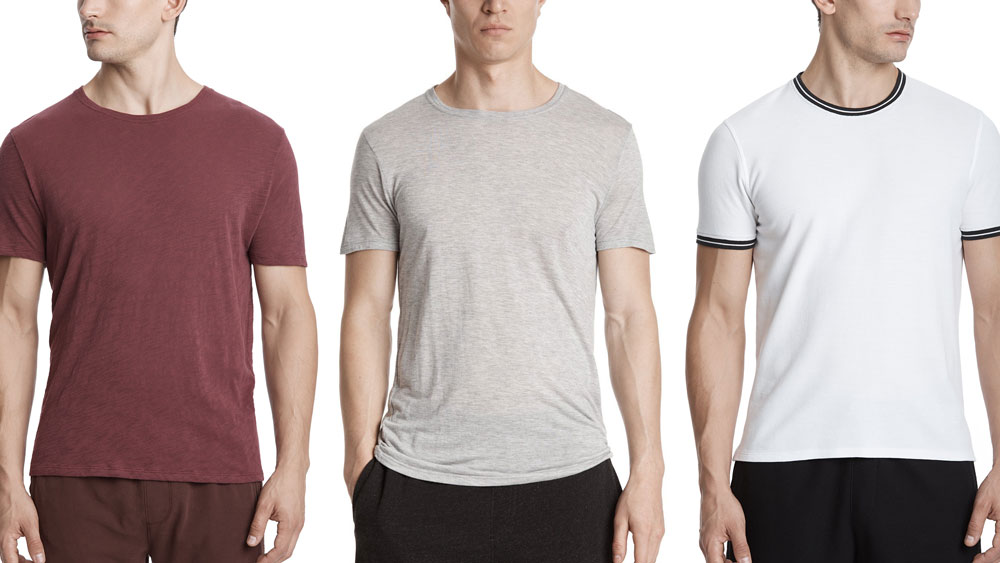 One of the great ironies of fashion is that shopping for “basics” is anything but basic. Finding the perfect wardrobe staples—the pieces you return to day after day, season after season—often proves more challenging than finding, say, a colorful shirt you’ll wear a few times each summer. And it’s not for lack of options; it’s the seemingly endless choices that are overwhelming. Which is why Tony Melillo launched his collection, ATM Anthony Thomas Melillo, with the simple goal of making the perfect t-shirt.

Melillo got his start in magazines, beginning as an assistant at Vogue and eventually becoming Style Director at Esquire. “During all my time in the editorial world, I learned so much that I felt it was a good time to try my own designs,” he recalls. “I wore t-shirts every day and had an obsession of wanting to find the best ones out there, so I wanted to try to create it myself.”

And so began a nine-month process of finding the ideal manufacturer, developing proprietary fabrics, working on the washes and perfecting the fits. Since his take on the t-shirt debuted in 2012, ATM has grown to encompass a full range of casual essentials from cashmere sweaters to chinos. Even as the brand has expanded, it remains a reliable source for luxuriously crafted basics that combine exacting cuts, exceptional fabrics and subtle details to become wardrobe MVPs.

Given the breadth of his experience, Melillo knew that one style does not fit all. So rather than one perfect tee, he came up with three (from $80). “Every guy has his own different hang-ups, so you really have to curate fits with different people in mind,” Melillo notes. His core offering is comprised of a modal style (thin and drapey, for the guy who wants to highlight his gym efforts), a slub-jersey tee (heavier, so not as body-conscious, but still light and breathable), and a Pima cotton tee (a denser, finely crafted fabric that Melillo says is “risk-free for a guy who wants the most classic of tees”).

Since those first three t-shirts debuted and lured in cadre of ATM devotees, Melillo has continued to introduce idealized iterations of his own wardrobe staples. Running the gamut from trim, tailored trousers in a cotton ponte that’s as comfortable as sweats to actual sweats that don’t sacrifice polish, his designs makes easy work of looking good on a daily basis.

And while the brand provides the foundation for well-stocked closet, Melillo does suggest a few other pieces no man should be without. “Great sneakers, which doesn’t always mean designer ones. An amazing watch, as it’s the one piece of jewelry a guy can wear every day. Good underwear—it’s always nice to be dressed right from the inside out,” he says. Then, he suggests topping it off with, “a great blazer each season, for me it’s Tom Ford or Lanvin. And, in the winter, a great outerwear piece . . . it’s something that can make the whole outfit, even if it’s just on top of a tee and jeans.”