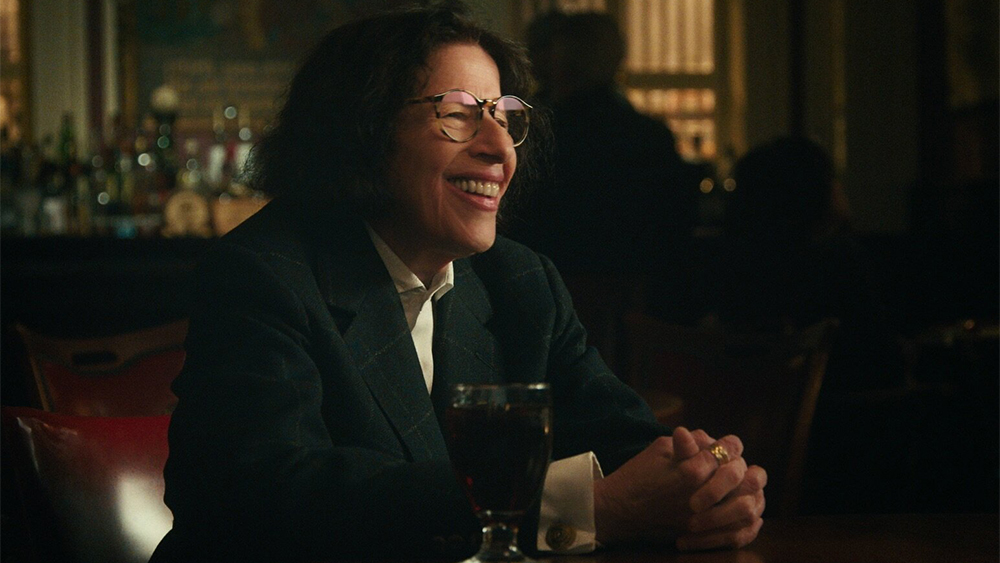 In Martin Scorsese’s Netflix series Pretend It’s a City, Fran Lebowitz guides us through the streets of New York, offering lengthy, witty, often profound spiels on what makes a modern metropolis. The focus of the series may be urban life, but the most compelling subject is Lebowitz herself. And, at least for the clotheshorses among us, the real star is her personal style.

Lebowitz has honed her uniform over decades, experimenting with various pieces of menswear—smart and casual, European and American—to create a look that is as instantly recognizable as the late Karl Lagerfeld’s. Over the course of seven episodes, she subsists on a steady diet of a few unassuming wardrobe staples: sport coats, French-cuffed dress shirts, Levi’s 501 jeans, tailored top coats. That’s all. It’s a masterclass in doing more with less.

Basic as these garments may be, Lebowitz’s deft combinations add up to something greater than the sum of their parts. “What she does is far more difficult than following trends,” says Alex Badia, WWD’s style director, adding that Lebowitz possesses “a level of consistency that I really admire.”

Her dedication to a handful of garments may be a rebuff to fashion with a capital F, but it’s hardly a boycott of style. Lebowitz is, as she admits in the series, a proud lover of clothes. As she said in a 2015 interview with Elle, “I, myself, am deeply superficial.” Of course, it’s not just any clothes; she’s as opinionated about duds as she is as about, well, everything. In the same interview, Lebowitz mourns the death of her favorite model of Brooks Brothers shirt. Questioning why the brand felt the need to alter a style that had been going strong for close to a century, she deadpans: “Shirts don’t go bad, they’re not peaches.”

Her style makes a compelling case for eschewing novelty in favor of quality. “Less but better” is a buzz phrase in contemporary menswear, but that’s long been Lebowitz’s shopping mantra. Now, her shirts are made by Jermyn Street stalwart Hilditch & Key (which, coincidentally, was also Lagerfeld’s go-to). For tailoring and overcoats, she’s loyal to Anderson & Sheppard bespoke. Simon Crompton, the Permanent Style author and Savile Row expert, says that it’s a fitting choice.

“It was historically a civilian tailor, rather than military,” he says, noting that the house’s signature “drape cut is famously more relaxed than other English tailors.” Despite being outfitted by one of the Row’s oldest firms, Lebowitz manages to never look stuffy. “Men fall in one of two traps: they care far too much or not at all,” Crompton says. “The sweet spot is in the middle, and that’s where Fran is.”

Lebowitz doesn’t take tailoring’s highest art form too seriously, but she does have reverence for the tradition. In an essay for The Financial Times about her love affair with Anderson & Sheppard, she writes: “I enjoy the whole process. There is nothing that I like more than to spend hours looking through swatches. I love deciding between 17 shades of grey.”

How does she manage to knock the starch out of it all? As Crompton tells it, “She deliberately plays with proportions to work with the rest of her uniform—there’s nothing accidental about it.” Instead of the conventional idea of a “perfect” fit, Lebowitz favors an oversized silhouette. Discussing the OG Brooks Brothers in the Netflix series, she says she’d loved that the shirts “didn’t really fit anyone.” In her view, it’s the mark of old money chic. “Those people didn’t want their clothes to fit,” she says of WASPs. “There was something a little…mmm…ambitious about clothes that fit.”

Her effortless way with the trappings of affluence isn’t so much a stylistic choice as an extension of her personality. Lebowitz isn’t precious about anything. “It’s a thoughtful ‘don’t give a f—k’, not a sloppy one,” says Mordechai Rubenstein, the New York-based street style photographer. To him, Lebowitz’s look embodies the Big Apple.

“Fran’s torso is all uptown—Fifth Avenue, business meetings. But her lower half is downtown, kind of punk-rock. It’s a look that can fit into a number of scenarios in a single day,” Rubenstein says. “I like to think she started wearing Levi’s because she accidentally kept stubbing cigarettes in her nice tailored pants.” Her signature cowboy boots, he adds, are “perfect for the grimy subway.”

Lebowitz’s knack for accessorizing is expert; her choices are subtle but pack a punch. Admiring the leather gloves that Lebowitz frequently stores into her coat breast pocket for a kind of ad hoc boutonniere, Badia says, “her choice of a whisky tone adds another element to the look. There’s something delightfully naughty about it, just like her!”

Her cufflink collection is another one of the few areas where she embraces a sartorial flourish. At one point during the series, Scorcese compliments the pair she has on and Lebowitz casually explains that they’re Alexander Calder originals. “People who wear Calder are part of a very unique club,” says Louisa Guinness, whose London gallery specializes in artist-designed jewels, including Calder. “If I saw someone wearing them at a function, I would be tempted to strike up a conversation. It implies that she has high taste, and a discreet way—a nod, even—of signaling this to those-in-the-know.”

Such touches, be they high-brow cufflinks or everyman boots, lend traditional tailored clothes a renegade attitude. Of Lebowitz’s many lessons in Pretend It’s a City, this is a particularly salient one for men’s wardrobes. Carlson, the Rowing Blazers designer, says Lebowitz’s way with menswear is essentially the same as his own.

“There’s nothing really unusual about what Fran wears. These are common, generic things,” Carlson observes, going on to say that at Rowing Blazers “we’re not doing anything terribly avant-garde. But like Fran, it’s about this: fundamental, classic pieces you can wear anywhere. And making them something of your own.”