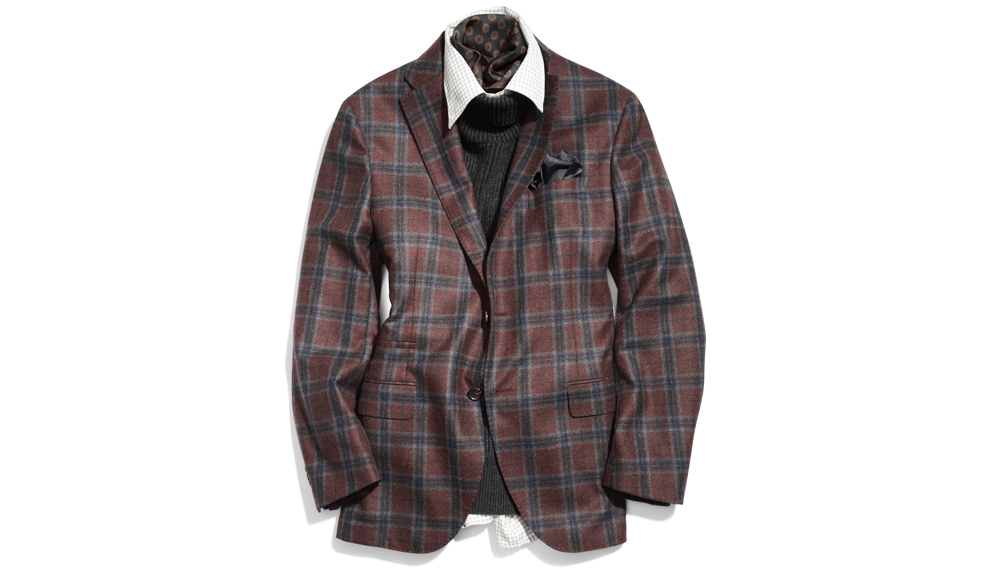 The storied Italian menswear brand Luciano Barbera (lucianobarbera.it) has been a favorite since its founding 44 years ago. Founder and chairman emeritus Luciano Barbera, the son of a textile-mill owner, is perhaps best known for his stylish mix of fabrics in varied patterns and colors, and since 2009 his daughter Carola Barbera has been designing the company’s collections. This fall, under the guidance of recently appointed CEO Todd Barrato, the brand is expanding its offerings, introducing antelope suede, North American deerskin, and other skins to its bomber jackets, blazers, and quilted vests. Longtime patrons will still find the impeccably tailored suits and sportswear they are accustomed to, including examples in the brand’s geometric windowpane design—which Barbera used in his own iconic suit of the late 1960s—and in classic plaid, such as this maroon wool-and-cashmere blazer ($2,495).