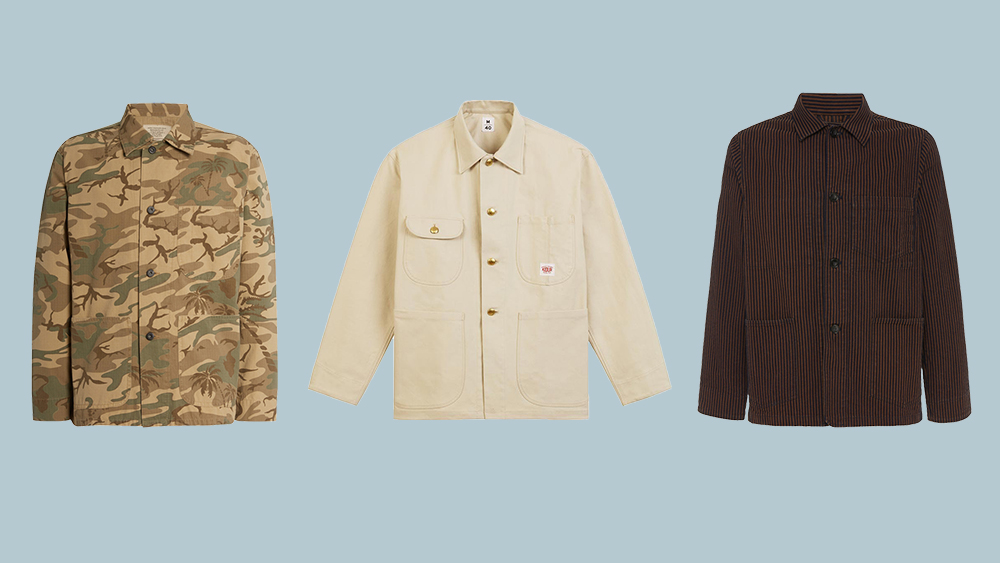 Every few years, menswear cognoscenti have a collective epiphany about a certain garment, realizing it’s a must for every man’s closet. We’ve seen it with sneakers, turtlenecks, rugby shirts. These aren’t trends so much as inductions into the hall of menswear’s greatest. Trends come and go, these are new classics. The latest inductee? Meet the chore coat, the jacket you need to know now.

The chore coat comes from humble origins, beginning as a uniform for French factory workers in the 19th century. It was designed for utility: a boxy silhouette for ease of movement, traditionally in hardy materials like canvas, with plenty of patch pockets for handy storage of tools. We’ve come a long way from those original bleu de travail (though those OG models are a coveted get among the vintage collector set) but today’s chore coats retain their antecedent’s clean lines and rugged swagger. Rendered in everything from suiting wools to selvedge denim, the latest generation of chore coats can be a brilliant alternative to blazers for business-casual attire or a rakish layer atop off-duty looks.

Lightweight as they are, chore coats thrive in transitional Spring and Fall weather. Plus, their laid-back attitude is perfectly attuned to the current moment—existing somewhere between a hoodie and sport coat. We are in a chore coat renaissance, with options to suit every style; get one or risk being that guy who scoffed at sneakers in 2010. Below, we’ve rounded up ten of the best to buy now.