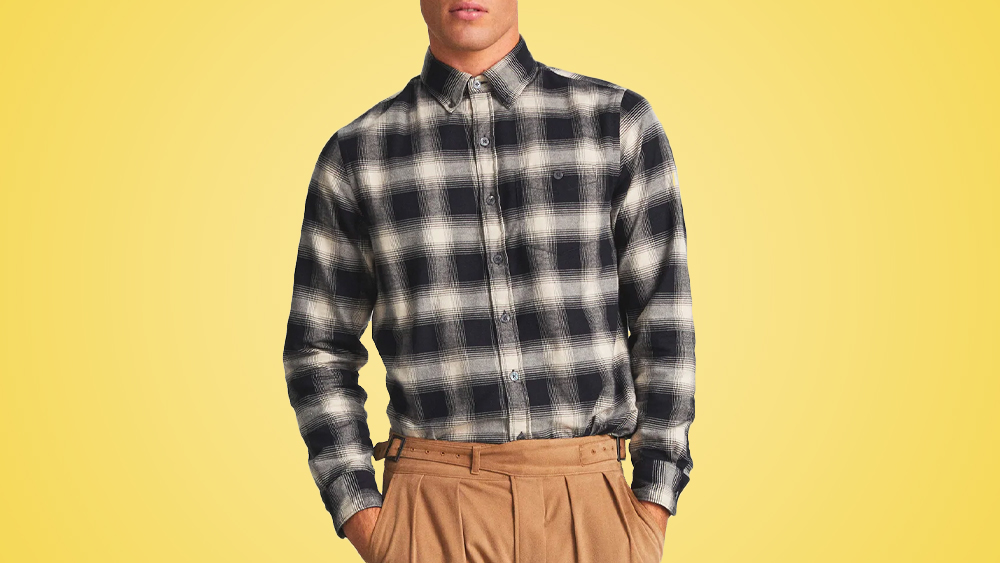 Before sweater season, before leather weather, fall is the time for flannel shirts. The soft, lightly insulating button-ups are an ideal match for the first crisp days of autumn. If you consider flannel shirts to be the fashion equivalent of pumpkin spice lattes, hear us out. Flannels come in many guises beyond the lumberjack cliché, from refined cashmere dress shirts to versatile overshirts. They’re not just for hipsters anymore—nor were they ever.

Flannel is most often affiliated with its workwear roots, originating in the 17th century as a hardy garment for Welsh farmers. Defined by its soft yet sturdy hand—achieved by carding the yarn, essentially breaking up the fibers for a downier texture—flannel was traditionally woven from wool. In the late 19th century, Hamilton Carhartt brought the textile to America and flannel shirts became the uniform of workmen from coast to coast.

But as any sartorial enthusiast knows, flannel is by no means limited to manual labor. Grey flannel suits became a white-collar uniform during the Mad Men era and remain a smart choice for cold weather. Just google Fox Brothers flannel for a survey of the fabric at its most elegant. We’ll take this opportunity to clear up a common misconception: flannel is a fabric, plaid is a print. The two are frequent bedfellows, particularly when it comes to shirting, but they are not one and the same.

Flannel shirts can be polarizing due to their many associations—Paul Bunyan, ’90s grunge, the Brawny paper towel man—but the style deserves a reappraisal. Any of the following would be a handsome, and decidedly cozy, addition to one’s autumnal wardrobe. Pro tip: avoid pairing them with blue jeans and, whatever you do, don’t accessorize with an ax.