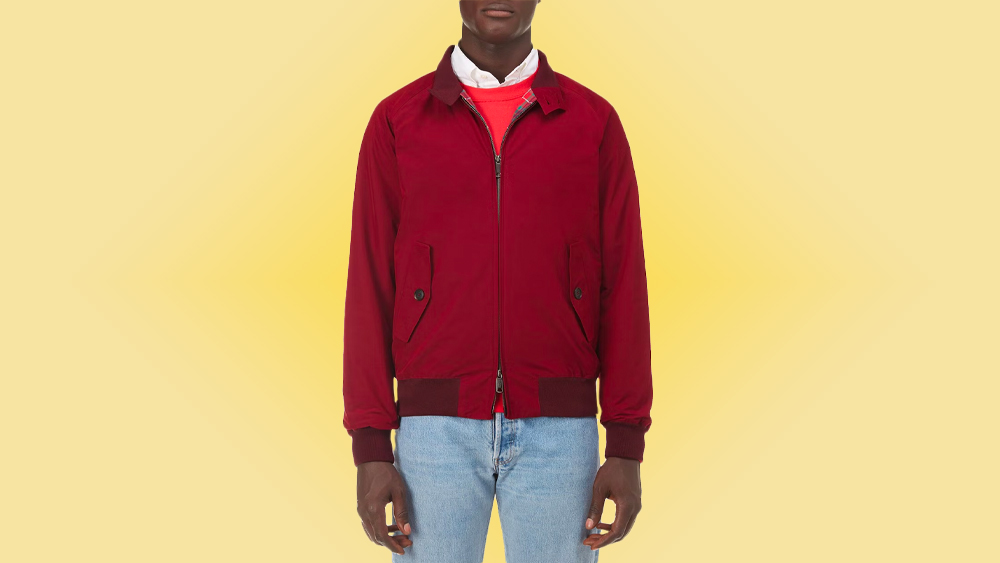 “Essential” is an overused term in menswear, but it’s apt when discussing the Harrington jacket. This lightweight, waist-length blouson, traditionally featuring Fraser tartan lining, has been made famous by its association with the many celebrity icons and subcultures who’ve worn it.

Of all the Harrington jackets out there, the most famous has to be Baracuta’s G9—the first and arguably most definitive model. Founded by the Miller brothers in 1930s Manchester, England, Baracuta made its name developing waterproof garments for the likes of Burberry. After the brothers realized that conventional jacket lengths hindered golfers’ game—nice excuse—they introduced the G9 (the “G” stands for golf). The design found success stateside on Hollywood greens during the fifties but became a cultural phenomenon when Steve McQueen, James Dean and Ryan O’Neal (whose ’60s soap opera character, Rodney Harrington, gave the jacket its popular name) added it to their arsenal. The Harrington’s cool hasn’t wavered much since then.

Now, practically every brand has its own variation on the time-tested style, from traditional to techy. Whichever example you choose, the Harrington transcends the seasons. Like Daniel Craig in Quantum of Solace or Steve McQueen on track day, it looks smart in the heat, protects on rainy days and, when the weather’s colder out, is versatile enough for layering. There’s a Harrington jacket out there for everyone; here are 15 of the best to buy now.