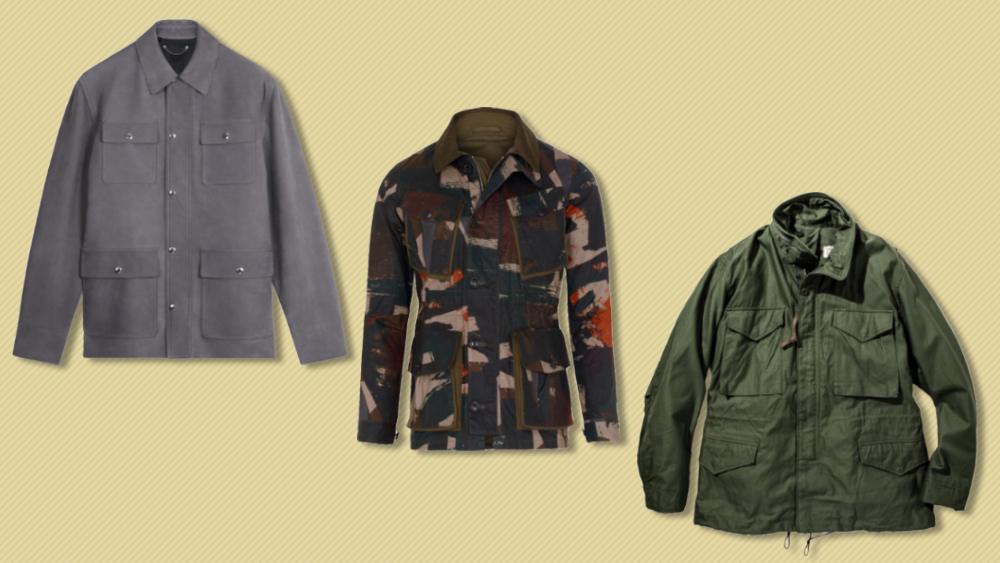 Berluti, The Rake, The Real McCoy's

In 1965, as the United States entered the Vietnam War, the American outerwear manufacturer Alpha Industries secured a contract from the Department of Defense to develop what would come to be known as the M-65 field jacket. Its predecessor, the M-51, required updating, so Alpha Industries fabricated the jacket in NYCO, which, for its day, was a pioneering sateen fabric comprised of nylon and cotton. This gave it strength and breathability, respectively, and made the M-65 considerably lighter than its predecessor—especially key given the tropical climate the jackets were headed for.

The M-65 field jacket was, of course, born out of necessity and therefore had to be as functional and versatile as possible. As such, Alpha Industries designed it with ample storage: two medium-sized breast pockets and two larger hip pockets. It also had a built-in and foldable hood, bi-swing back to aid shoulder movement, adjustable velcro-fastening cuffs, a drawstring waist to cinch tight and a fly-front with button closure. Even more, internal buttons allowed the addition of a warming liner in case of cold weather. The latter was rarely used in Vietnam but rest assured, everything else was.

Ever since the M-65’s retirement from the battlefield, it has become a fixture in men’s fashion, an outerwear template that designers consistently revisit in many brilliant ways. You can still get your hands on the originals (check out the Swedish vintage mecca Broadway & Sons for those), but this season’s more modern riffs take the field jacket to new heights. If you like the M65’s aesthetic but want something a bit less fiddly or seek a field jacket that’s expressly built for leisure, we’ve rounded up the most enticing options below.