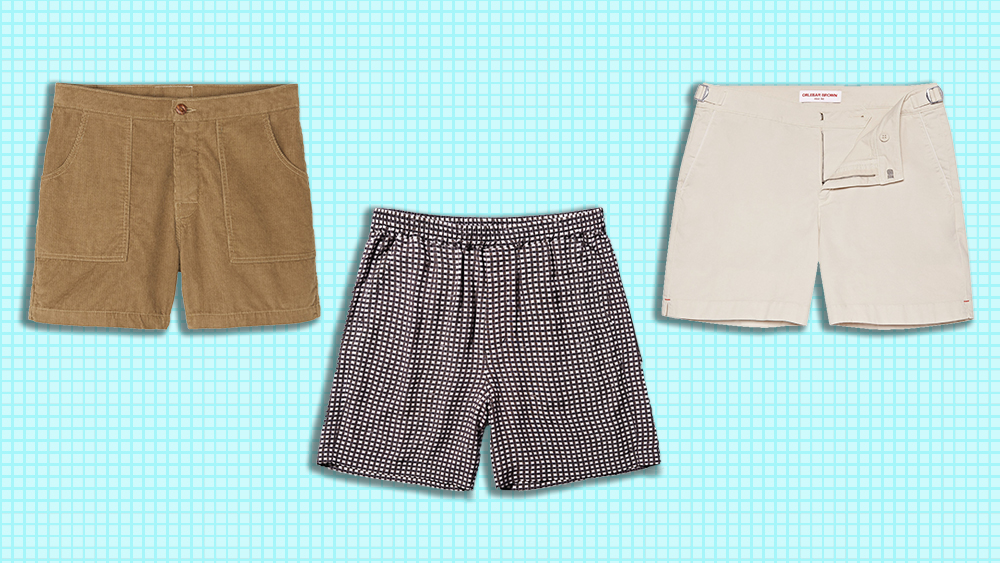 There are few categories of menswear as polarizing as shorts, and their acceptance as civilized attire for grown men is a relatively recent development. Sure, shorts are a warm-weather staple—but the baggy, knee-grazing (or, quelle horreur, shin-grazing) styles of yesteryear have officially been canceled.

The reappraisal began last summer on TikTok, where some fed-up women made it clear that 5-inch inseams were the surest way to their…hearts. Short shorts went viral and soon celebrities from Paul Mescal to Milo Ventimiglia were seen strolling with their enviable quads on full display. Of course, when you have gym gains to flaunt, shorter shorts are an easy sell. But here’s the lesson of the internet’s 5-inch inseam obsession: Ladies (and gents) appreciate thighs of all shapes and sizes. It’s not about the state of the legs, it’s about the shorts they’re wearing.

Still, some guys have a deep-seated aversion to bottoms that don’t reach their ankles. It’s understandable, given the garment’s history. Shorts didn’t really start appearing until the late 19th century and, through most of the early 20th century, they were strictly associated with kids. Shorts were a part of most school uniforms until adolescence when one would graduate to trousers. As such, long pants were a symbol of manhood—no respectful adult would be seen in anything less.

The tide began to turn thanks to the Nepalese army, whose Ghurka soldiers were sporting shorts as early as the 1880s. British soldiers’ gear wasn’t as well equipped for the tropical weather, so the troops took cues from the locals, giving birth to Ghurka shorts and, later, Bermuda shorts. Like so much of menswear, the trend trickled down from the military and shorts began making their way into civilian wardrobes in the 1950s, remaining somewhat controversial until ’70s counterculture threw conformity out the window.

Now, we find ourselves at what just might be this millennium’s Summer of Love. Even if 5 inches is too daring for you (it’s not), 6-to-8-inch territory can be just as flattering. Plus, after a year of being holed up at home in various layers of loungewear, don’t you want to feel the breeze between your gams? Free your thighs and the rest will follow.