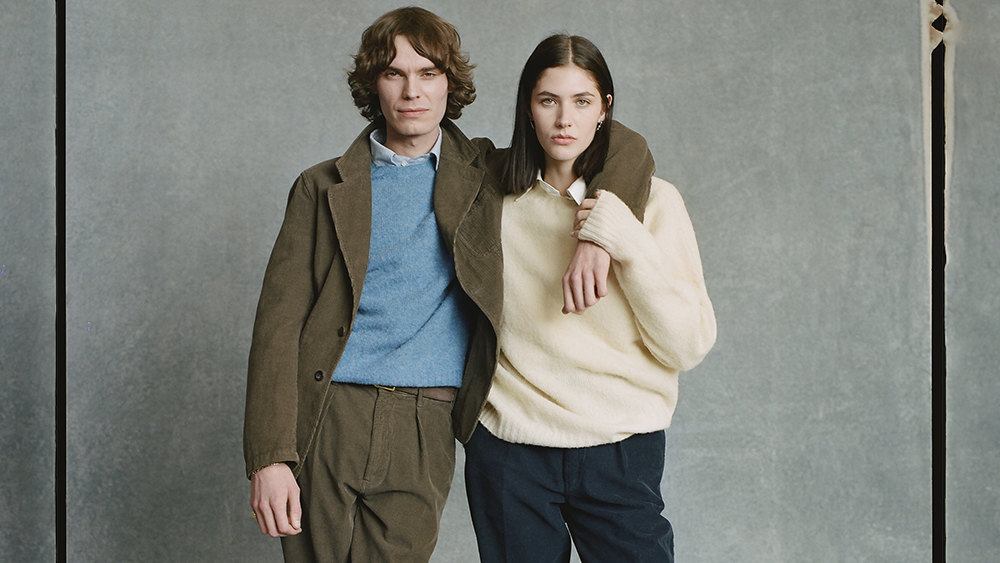 If you were to play the word association game with Scotland, you’d probably come up with the following: terrible weather, average football team and excellent knitwear. Scotland’s knits are truly a point of national pride and, of all the Scots’ sweaters, the humble Shetland jumper, with its pleasingly brushed texture and spectral tones, is a firm standout.

Unsurprisingly, the style originated in the Shetland Isles, in the northernmost part of the United Kingdom. Centuries ago, the inhabitants of the Shetlands started to knit sweaters to combat the islands’ harsh climate—fierce winds married with bitingly cold rain. (To clear up some potential confusion: the equally beloved Fair Isle jumper also originated in Shetland, but is defined by geometric patterns whereas Shetlands are solid.)

Shetlands’ unique texture strikes an ideal balance between chunky and thin, making them perfect for layering. “They’re as warm as they are airy, keeping the heat in without weighing you down,” explains John Sudgen, co-owner of Campbell’s of Beauly, one of Scotland’s foremost menswear stores.

Sudgen clarifies that a true Shetland sweater “must be made from wool from Shetland sheep, which are also prevalent on the mainland.” In terms of the design, it has a crewneck and saddle shoulder, which is similar to a raglan. They’re always brushed, too, which creates a softer, fuzzy finish as Shetland wool kept au natural can be quite itchy.

The Shetland sweater’s popularity has hardly waned since being championed by Ivy League students in the post-war years and it’s now a certified wardrobe staple. Case in point: Trunk Clothiers in London and Zurich counts numerous colors of Shetlands as part its permanent collection. Founder Mats Klingberg tells Robb Report that Shetlands appeal because they offer “a great combination of being hardy and easy to look after and, at the same time, a great way to add a bit of texture and color to your outfit.”

Mr Porter’s style director Olie Arnold says, “A bold Shetland knit worn under a soft structured suit or blazer is an unexpected substitute for an oxford shirt.” For a more casual take, he suggests pairing a brightly colored Shetland with jeans, boots and a simple overcoat: “Keep the look dialed-down and the jumper the star.”

All in all, the Shetland jumper should be viewed as not only a winter staple, but a four-season partner. As for all the many colors on the market, we say the more, the merrier. But fair warning: Once you start collecting them, it’s hard to stop. Here are nine of the best to buy now.