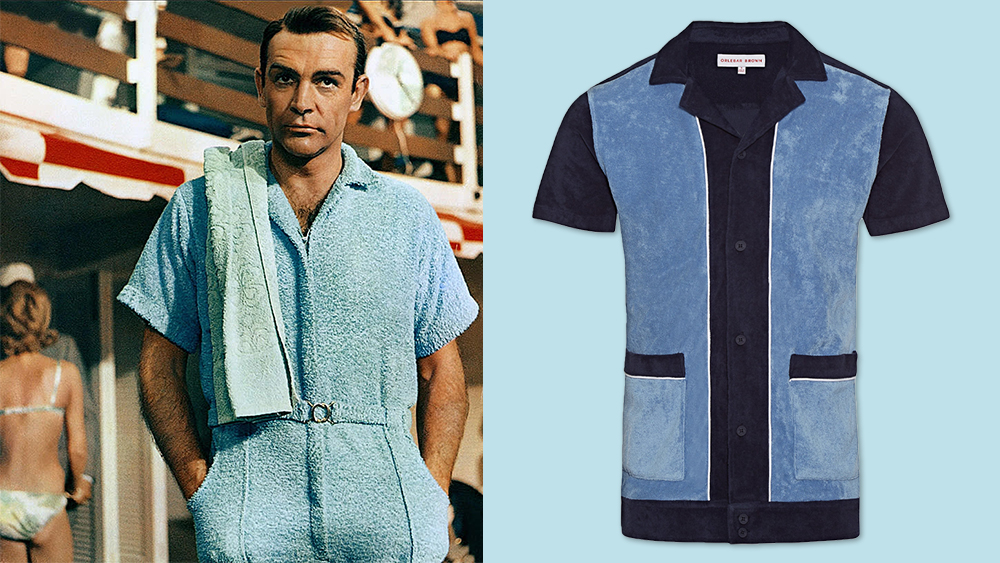 Terrycloth or ‘terry toweling’ might sound like a strange choice for a summer fabric, but it’s actually a warm-weather classic. The soft fabric first migrated from beach towels to men’s fashion in the 1950s. Many of 007’s earlier appearances saw the secret agent either lounging poolside or infiltrating tropical islands wearing terrycloth (see Sean Connery’s sky blue playsuit in 1964’s Goldfinger), and the material became synonymous with the jet-set, used in luxury resort wear by everyone from Chanel to Gucci.

The name ‘terrycloth’ comes from the French word tirer, which means ‘to pull’. It refers to the way the fabric is woven: long, loose knots of warp yarn are teased through the denser weft to create an absorbent material with a plush pile. It’s cool to wear and lightweight, plus it brings the added bonus of its mid-century jet-set credentials. So, if you’re looking to channel some timeless Riviera style in your own wardrobe this summer, these are the pieces to start with.