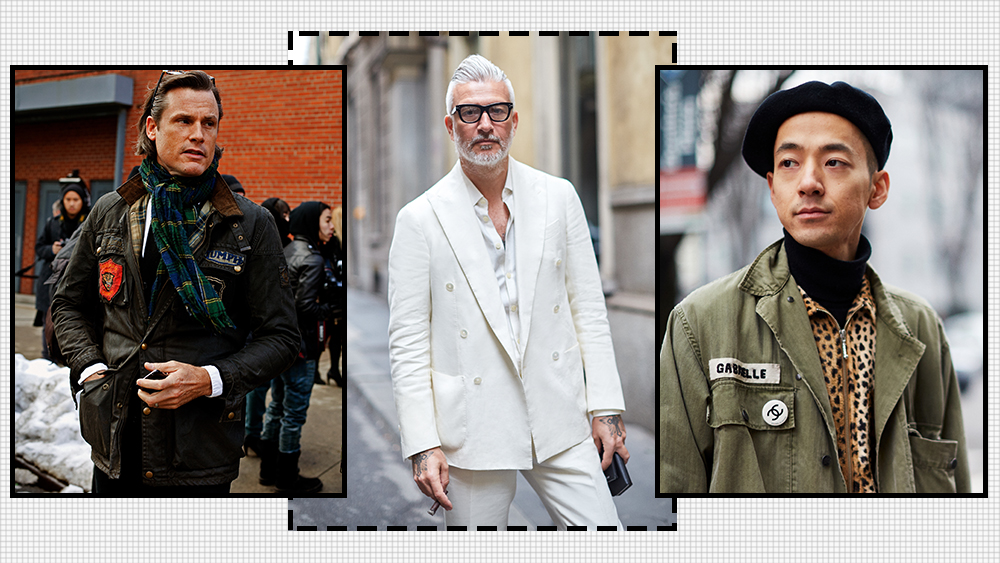 Scott Schuman knows a good look when he sees one. While the photographer—a street style pioneer, having launched The Sartorialist 15 years ago—doesn’t claim to be a fashion expert, you’d be hard pressed to find someone with a more comprehensive knowledge of what we wear today. He’s photographed the best-dressed from Florence to Mumbai, from fashion pros to unwitting skateboarders and everyone in between. It’s safe to say Schuman has a studied eye for what makes a man look good.

He’s channeled that expertise into his latest book, The Sartorialist: Man, out from Rizzoli on September 8 (and available for preorder). It may be his fifth tome but it’s his first dedicated to the sterner sex. Not that Schuman subscribes to such outmoded definitions of manhood—this is the rare menswear book that isn’t prescriptive (no disrespect but, ahem, Flusser). Rather than do’s and don’ts, Schuman celebrates great style in all its many guises. Three-piece suits and sequins get equal billing.

Part guide book—on everything from how to talk to your tailor to how to iron a shirt—and part inspiration mood-board, it’s a thorough resource for any guy who gives a hoot about his attire. Even for those who have their look down pat, The Sartorialist: Man still offers opportunities for enlightenment.

“I think it’s a great challenge for guys to not just look at other guys who are like them but also look at guys who have different styles,” Schuman tells us, recounting how, at an annual lunch he hosts during Pitti Uomo, he’d curate the guest list to bring men of disparate aesthetics together. “You could see how sincerely interested they were…how they were trying to learn. Guys with great style are always open to guys with other great styles.”

The book pulls valuable (and practical) wisdom out of a diverse range of looks to provide tools every man can benefit from. In that spirit, we spoke with Schuman about the ten most surprising styling insights he’s gathered in his years of documenting men at their sartorial best.