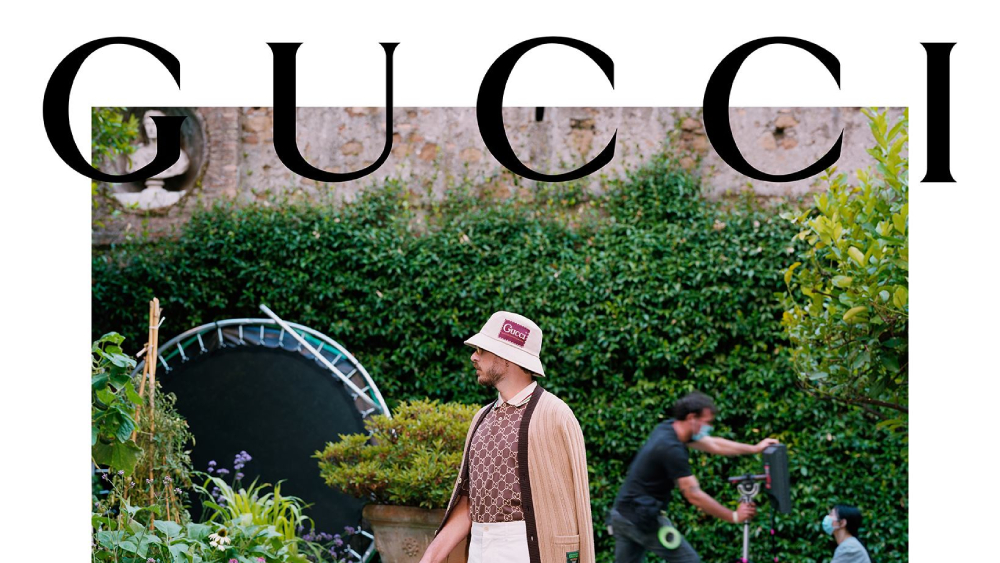 The fashion show has become a serious point of industry contention in recent years, and there’s been no shortage of attempts to revamp the format. The latest stab at the issue comes courtesy of Gucci creative director Alessandro Michele, who is teaming up with celebrated filmmaker Gus Van Sant on a series of films intended to replace the traditional runway as the Covid pandemic rages.

Dubbed GucciFest, the seven-day event will act as a platform for the seven-part miniseries Michele codirected with Van Sant entitled OUVERTURE of Something That Never Ended. The series, which stars Silvia Calderoni, sidesteps the common fashion film practice of creating visuals somewhere between an ad campaign and glossy editorial in motion, opting for a narrative approach. Calderoni’s character goes about her daily life in Rome where she crosses paths with a bevy of celebrities ranging from Jeremy O. Harris to Billie Eilish––all of them wearing Gucci, of course.

But Gucci won’t be the only attraction at GucciFest. Michele personally selected 15 emerging designers (including names like Collina Strada, Shanel Campbell, Gareth Wrighton and Mowalola to name a few) who will also screen short films of their own.

Directors #GusVanSant and #AlessandroMichele in an image by #PaigePowell on set in Rome filming the episodes of #GucciOuverture Of Something That Never Ended, to be presented during #GucciFest fashion and film festival from Nov 16-22. Discover more https://t.co/HA9lDdRJnp. pic.twitter.com/r6Rj6fdWhH

This development is an interesting one for both the state of the fashion film and how fashion is presented in general. Michele is one of several important figures in the field grappling with how to make the formats of fashion shows more engaging. But perhaps more importantly, less wasteful.

Many of fashion’s biggest brands have grown accustomed to flying throngs of press, acclaimed actors and social media stars to far-flung locales for one-off shows. Not only is the expense prohibitive, but the vast amounts of carbon produced for so much extracurricular travel has caused a reevaluation only put into sharper relief by the coronavirus pandemic. This is what spurred Michele to announce via his social media accounts that Gucci would only stage two collections per year.

Though the pandemic inspired many to create short films with a typical runway show off-limits, few seemed to move the needle. Prada has consistently demonstrated a flair for innovating the medium with its list of distinguished collaborators, but Michele’s directing partnership with Van Sant could prove just as influential. And, because Michele is still a closely watched figure, this could represent a more permanent shift away from or, at the very least, strong alternative, to the catwalk––for now.