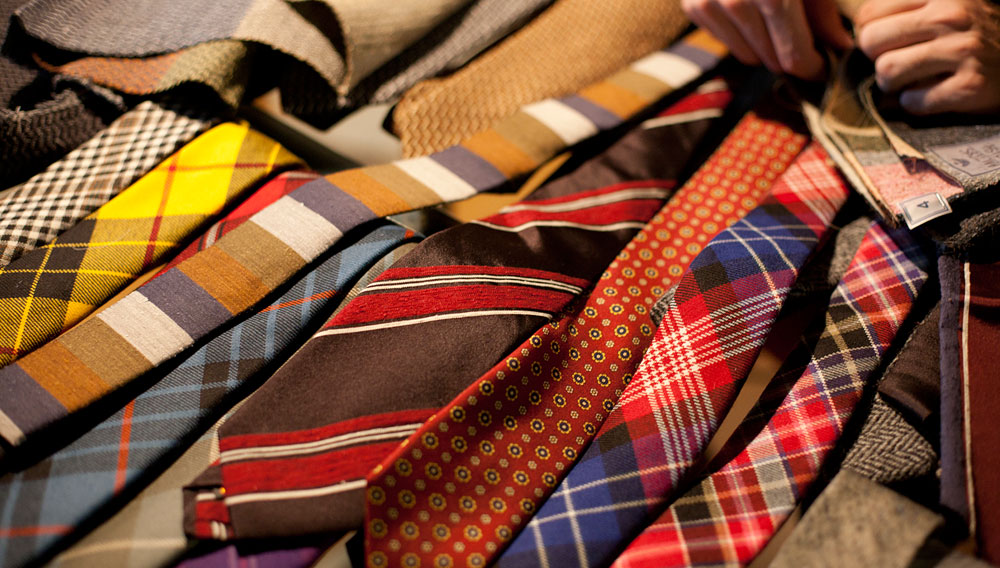 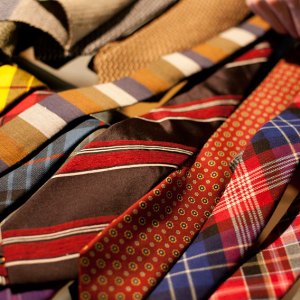 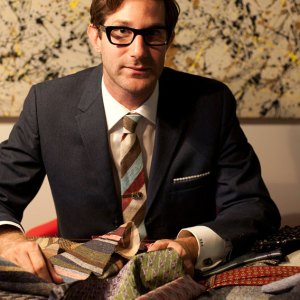 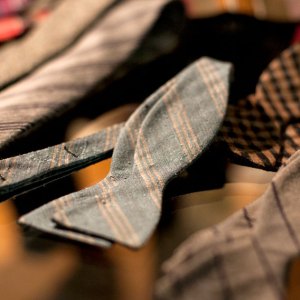 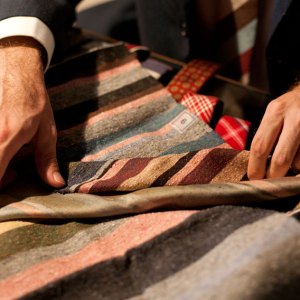 “Ties are great because you can really be creative with them,” says David Hart, whose company David Hart & Co. creates handmade neckties. Hart was a designer for Tommy Hilfiger and Ralph Lauren before striking out on his own; now he offers a diverse selection of off-the-rack ties as well as a custom-tailoring option.

Hart says he first became excited about neckwear when he was given an old steamer trunk filled with his great-grandfather’s ties. “I’m always going into that trunk and finding inspiration for new ties,” he says. His favorite: one with thick horizontal stripes in light blue, brown, burnt orange, and white, which he recreated in raw silk.

The ties are sewn and assembled completely by hand, including the slip stitch in the back, in a workshop in Brooklyn; they retail for $95 to $135, depending on material. “Nearly all of our fabrics and patterns are unique to us. We develop them directly with mills in England and Scotland,” says Hart.

There are authentic Scottish tartans, camouflage patterns, and striking Navajo-rug patterns, among others. Hart makes ties of all different shapes and sizes, from traditional widths to 2-inch skinny ties that play well with younger customers. There are also bow ties, pocket squares, and a collection of playful socks.

David Hart & Co. doesn’t have a storefront, but you can find its products in major retailers including Saks Fifth Avenue, Bloomingdale’s, and Bergdorf Goodman—each of which carries its own exclusive patterns. Or you can make an appointment and go custom, which takes six to eight weeks. (www.davidhartnyc.com)