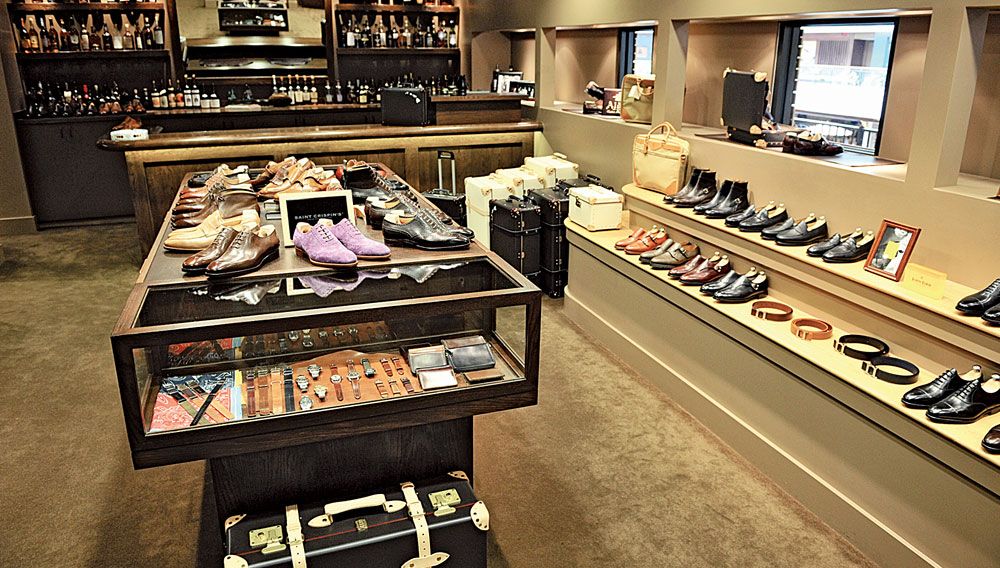 When Tom Park opened Leather Soul (www.leathersoulhawaii.com) in downtown Honolulu in 2004, his goal was to introduce his customers to lesser-known, high-end shoemakers and to offer a relaxed and personal retail experience. Within a year, Park had opened a second location in Waikiki; but it wasn’t until 2010 that Park truly elevated the Leather Soul shopping experience.

From the beginning, Park avoided the traditional retail accoutrements and instead furnished his stores with leather couches—a decision that was made, he says, to make his stores feel more like a men’s lounge. That atmosphere was enhanced almost two years ago when Park introduced a Scotch bar to the 2,600-square-foot boutique. The bar, which in its infancy was stocked with about 80 bottles of whisky, now holds about 150 different bottles of high-quality single malts. As Park explains, tourism is dominant in Waikiki and so native Hawaiians generally avoid the area, but by improving his store’s retail offerings, Park has created a shop that appeals to the local residents. “By adding a Scotch bar and creating VIP events, we’ve been able to reconnect with our locals and have given them a reason to come back to Waikiki,” he says.

Partnering with boutique shoemakers throughout Europe—Edward Green, George Cleverley, and John Lobb, among others—Park gives his customers a chance to slip on one-off collaborations and other limited releases. “He opened me up to a whole other world of high-end shoes,” says Reid Takamoto, a longtime customer. “If you’re looking for a good, high-end shoe that’s not going to be common out there, his store fits the bill.”