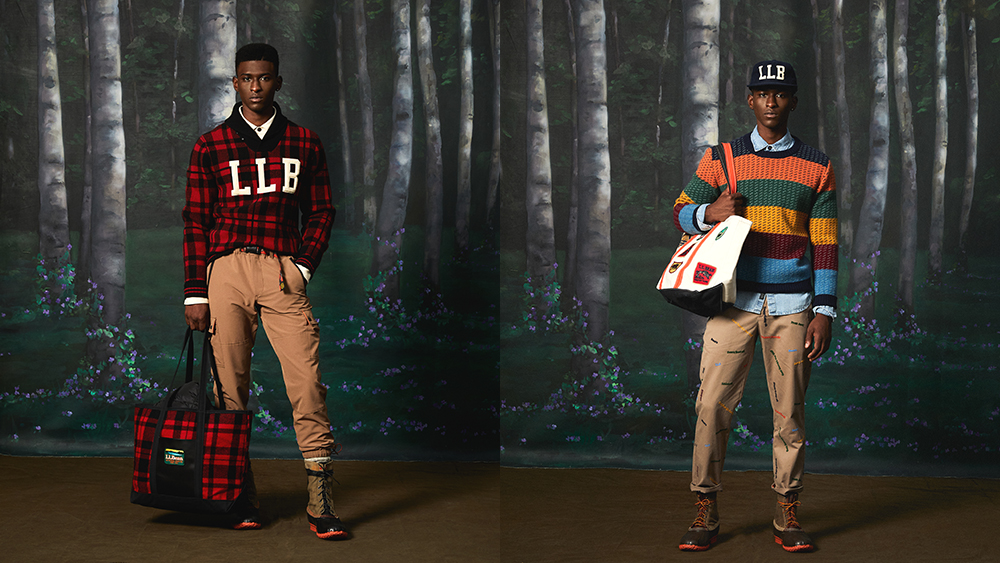 Our current prep revival has largely focused on items synonymous with the post-war Ivy League look: blue blazers, penny loafers, tapered chinos. Though diverse enough to conjure images of Kennedys and Black jazz musicians, this interpretation of Ivy differs from another you may have witnessed or even worn—one that starts with an OCBD, but features jeans instead of chinos, a puffer vest in place of a sport coat and definitely not a tie.

Despite being a fairly common uniform across the United States, this look surprisingly bears no name—at least in its home country. But in Japan, what came to be known as “Heavy Duty Ivy” has been celebrated, and imitated, for years.

W. David Marx, author of Ametora: How Japan Saved American Style, explains that the term is a portmanteau combining “Heavy Duty,” the outdoors-inspired look that swept Japan in the ‘70s, and traditional Ivy Style. However, its first print appearance was intended to be tongue-in-cheek.

“The specific term came from a parody article by illustrator Yasuhiko Kobayashi in the September 1976 issue of Men’s Club that brought together mountain parkas, Levi’s 501s and climbing boots with oxford button-down shirts,” Marx tells Robb Report. “His idea was fundamentally accurate to clothing styles at the time: American university students, especially in rural locales like Dartmouth and the University of Colorado, dressed in a seamless combination of outdoor gear and classic Ivy Style…So as much as the term is a Japanese invention, the style itself grew up organically in the U.S.”

Marx steers those looking to go Heavy Duty today towards functional American brands including L.L. Bean, The North Face, and Patagonia. While it could be said that those brands became Heavy Duty by accident, other designers have derived conscious inspiration from the look.

Todd Snyder, who has several collaborations with L.L. Bean under his belt, counts Kobayashi’s 1977 Heavy Duty Book as an inspiration. “I am always looking at how we take classic, hard-working wardrobe staples and introduce them alongside utility and sport styles in luxurious ways,” he says. “Maybe it’s pairing an Italian nylon quilted pant with a classic roll neck sweater or reimagining the classic down parka in a camouflage Japanese water-repellent nylon. You really see that mix in our continued collaboration with L.L. Bean.”

And since 2017, Snyder has carried a third-party label that brings Heavy Duty Ivy full circle: Rocky Mountain Featherbed. Founded in Wyoming in the late ‘60s, the brand produced down vests with Western-style leather yokes before going bust in the 1980s. However, it was resurrected in 2005 as a Japanese label, and today sells down vests and jackets based on the original models.

Across the pond, Rocky Mountain Featherbed has found a new venue at Drake’s, which has begun stocking the maker’s vests, liners and jackets. According to Drake’s creative director Michael Hill, the addition felt like a natural progression.

“Drake’s has always celebrated mid-century collegiate style—duffle coats, rugby shirts, oxford cloth button-downs, repp ties and, of course, natural shoulder, unlined tweed and corduroy tailoring—and as we’ve brought more functional outerwear into the mix, this has been a constant prerequisite in our collections. A sense of cohesion between plein air Americana and academic apparel.”

More specifically, Hill says the aesthetic has served as a direct inspiration for Drake’s range of caps and chore coats embroidered for the fictitious “Haberdasher Horticultural Society,” and is the driving force behind an upcoming hiking edit. “[Heavy Duty Ivy] is something we’ve always been keen on,” he says. “The style fits right into our approach to menswear.”

Perhaps there’s one more reason for the formerly anonymous look’s newfound prevalence. By taking prep to its sporty extremes, Heavy Duty Ivy might be the fix for its weak point: accessibility.

“Heavy Duty Ivy is where the basics of men’s style are at the moment,” Marx says. “Not necessarily because of a direct Japanese influence, but because it describes a focus on heritage and functionality that makes the most sense as an introduction to style for men in today’s world.”