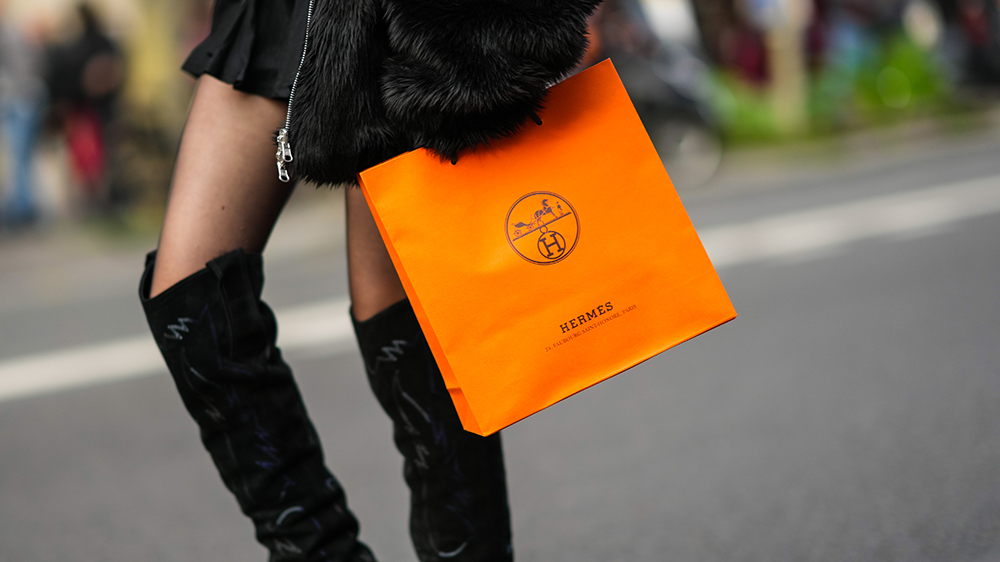 The opening of a new Hermès location in China has caused quite a stir.

The two-story boutique at in Wuhan’s mega luxury shopping mall Heartland 66, drew in a line of high-net-worth VIP clients for exclusive handbags, apparel and more this week. Though the brand only invited “50 top-tier customers” to the opening, it closed the day with a jaw-dropping $4.45 million in earnings, according to WWD.

Shoppers eagerly shared their big-ticket purchases, like Birkin and Kelly handbags, via China’s answer to Instagram, the social media and e-com platform Xiaohongshu. One showed a stack of seven Hermès boxes that included a Lindy bag and Kelly 25. Another posted four bags of products with items such as an Ostrich Mini Kelly worth roughly 100,000 renminbi, or $14,885. Much to the shoppers’ surprise, a few rare items were also available: A pink Kelly Doll bag and a Picotin Lock Micro bag with floral patterns were reportedly offered to the VIP clientele.

The new boutique is designed by RDAI, a Parisian architecture firm. The exterior is decorated with narrow ceramic tiles in shades of ochre as an ode to the house’s signature packaging. Ground level—featuring traditional Grecques lights—offers a variety of silk collections, leather goods, menswear and footwear. Above that is homeware, jewelry, watches and women’s ready-to-wear alongside footwear sections. Large VIP rooms round out the space that feature walls covered in silk panels, hand-painted in abstract designs.

Back in September 2021, Hermès opened its second store in Shenzhen and according to one Xiaohongshu user, the downtown Wuhan store opening was pretty quiet in comparison—despite the crowd. While the brand has not confirmed the figure of $4.45 million, it is plausible, seeing as recent reports have expressed that sales of luxury goods are set to rise at least five percent this year.