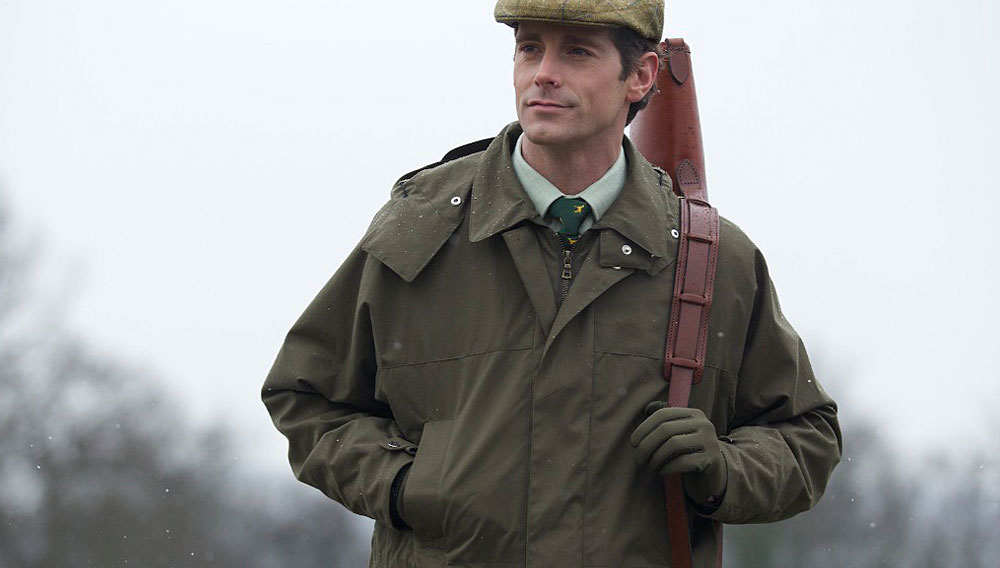 During his time, Henry Holland was known for wearing a particular caramel-and- beige nail-head tweed that, like the familiar tartan check at Burberry, ultimately became the signature cloth at Holland & Holland, the venerable British men’s shooting and country clothing label Holland founded in 1835. Over the years and through multiple ownerships the luxury brand, now funded by the Chanel Group, abandoned its classic tweed in an effort to broaden its reach beyond hunting gear. So the company’s namesake would no doubt be pleased to know this fall his preferred tweed is once again the centerpiece of the Holland & Holland collection which, now under the creative direction of Niels van Rooyan, is returning to its roots in more ways than one.

The new tweed is a handwoven, medium-weight, 18-ounce fabric similar to those produced in the 16th century, says the designer. But unlike the harsh wooly texture of the past, technology has rendered the new house tweed as soft as cashmere. The tweed is offered as part of the company’s ready-made collection (jackets starting around $1,600) as well as its new bespoke couture, a complete made-to-order offering of suits (starting at $3,000) and sportswear (priced from $495) handmade entirely in England. “In addition to the tweed, we’re bringing the company back to its English culture and reviving its original British craftsmanship,” notes Van Rooyan, who says 70 percent of the brand’s ready-to-wear production, previously sourced in China, has also returned to the U.K.

“True luxury does not exist anymore. Everything is too accessible so every piece we are producing—bathrobes, knitwear, leather goods, home accessories—is being made by English craftsmen and offered in limited numbers,” he says. What hasn’t changed, he adds, are the subtle references throughout the collection to the brand’s shooting heritage, including jackets emblazoned with gun-cartridge buttons, and neckwear, scarves, and leather goods featuring a diamond pattern reminiscent of the “chequering” carved into a gun’s wood stock for a more secure grip. (212.752.7755, www.hollandandholland.com)