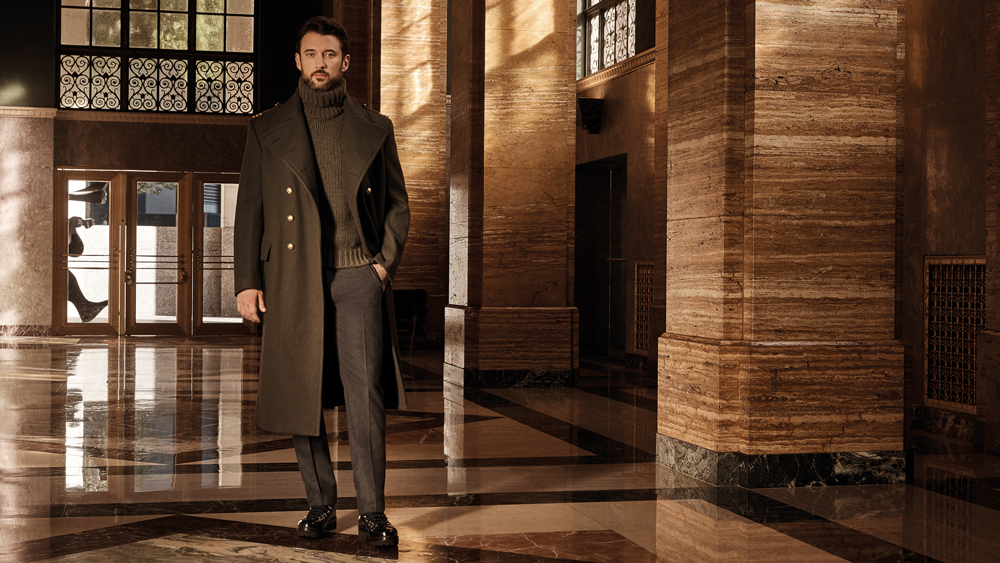 I got into clothes young. Just after I turned 13, my parents took me to see a Rat Pack tribute show in London, and it had a profound effect on me.

I fell in love with the music, but also with the performers’ style: their polish and panache—and their suits. Throughout my teens and well into college, as I started to wear tailored jackets and suits, I reinterpreted “jazzy” clothing. It didn’t matter that the Rat Pack’s or Miles Davis’s or even Cab Calloway’s style was actually quite restrained; I took the energy of their music and tried to translate it through my wardrobe choices.

The result? If you’d walked past me then, you couldn’t help but look. I lived in loud three-piece suits, contrasting white-collar-and-cuff shirts, bold prints and waistcoats bearing shiny pocket watches. It was costume more than style, and if there was a way to make my outfit busier or bolder, I’d do it.

Thankfully, the work of designers, tailors and stylish role models gradually impressed upon me the value of understatement. It took years to get out of shouty mode and into a fundamentally more sophisticated place. Working at a men’s style magazine, where the staff took the business of “rakish” menswear very seriously, helped. Then I joined a more down-to-earth lifestyle magazine, where the editor wore jeans and a sweater, rather than a power suit and tie. The final push came from reentering the dating scene and realizing my eight-button, double-breasted navy blazer with gold crested buttons, club stripe tie and beige twill trousers (think: 23-year-old Prince Charles) probably wasn’t going to turn women’s heads for the right reasons.

I toned things down. I studied what well-dressed men wear in the real world as much as I kept an eye on the catwalks. It feels like tonal menswear carries the sort of understated elegance that I want to convey. Whether that’s a chocolate brown sport coat paired with a camel turtleneck, or an air-force blue suede bomber dressed with an indigo button-down shirt and navy chinos, those close color combos and softly textured fabrics now please me as much as waistcoats and tiepins ever did. I’d go so far as to say that brash prints and patterns have never looked more passé.

For evidence, see what Ralph Lauren and Corneliani are doing now, or Armani and Brunello Cucinelli. Special mention should also go to the Swedish brand Saman Amel, whose harmonious approach to men’s tailoring is a breath of fresh air. Look them up on Instagram.

Dressing from head to toe in one hue might sound heavy-handed—but it’s important to remember that you’re not really in one color—you are working with different shades from one palette. A tone-on-tone ensemble can take you anywhere, from a business meeting in a charcoal fresco suit, gray checked shirt and silver knitted tie, to the beach in a taupe cotton polo and beige linen shorts. It’s simple to implement, and it’s the sort of clever wardrobe tweak that will have people looking at you with a raised eyebrow as they say: “You look great, have you changed your hair?” Trust me—it works: I met my current girlfriend a year and a half ago, and she was smitten not because I was wearing a shouty tweed jacket, but because I turned up at a party in a cream roll-neck, fawn flannels and a rust-brown corduroy overshirt. She likes to remind me that it was the first all-brown outfit she’d seen on a guy that she actually found palatable.

So back to practicality: Navy works for pretty much everyone, year round. Mix some air-force-blue or steel-blue knitwear into your wardrobe to layer under a navy suit or suede jacket. And if you feel comfortable in earthy shades, experiment with neutral cotton trousers and an off-white sweater.

It isn’t complicated, which makes it appealing for almost every man—even for me, in recovery from an excess of pattern. It turns out that simplicity does have a place in my wardrobe, after all.