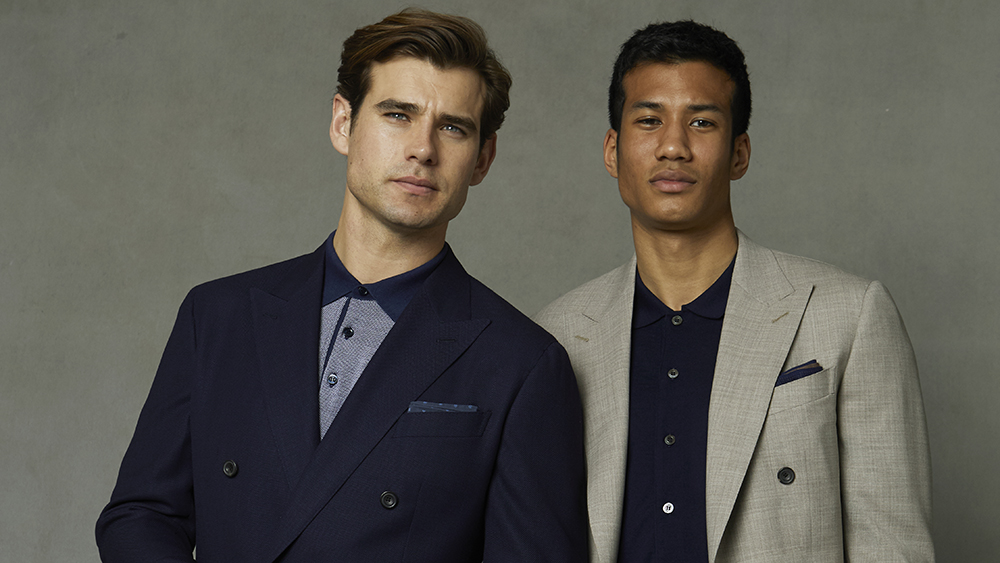 Unless you live in the Sahara or Antarctica, you’ve probably lamented the perenial dilemma of in-between-season dressing: your life in extremis, either too cold for a short-sleeve shirt and linen trousers, but not quite time for a flannel three-piece suit. Fortunately, some of our favorite brands are launching autumn collections that deftly straddle the gap.

The ever practical Brunello Cucinelli is doing a fine job of filling the wardrobe with his new collection of Solaro suiting. The Italian designer borrowed the super-fine wool, traditionally a summer textile, for a series of tan two-tone herringbone suits, which means you’ll feel as cool as a cucumber whether it’s the end of summer or the beginning of autumn. The label is also showing plenty of breezy unstructured jackets and slouchy blazers in needlecord and moleskin that are so light and soft you’ll barely notice you’re wearing them.

Other brands are getting in on the Goldilocks treatment (not too hot, not too cold…). Z Zegna’s Techmerino collection uses a proprietary high-performance wool that regulates body temperature to cool you in the heat and warm you in the cold, whether you’re sporting a blazer, bomber jacket or overshirt. Thom Sweeney has introduced a pair of unstructured wool hopsack blazers—both single- and double-breasted—that feel more like cardigans than tailored jackets, as well as a collection of button-through polo shirts that are knitted with just enough body to stave off chilly September mornings.

Elsewhere, in the British camp, Hackett has structured its fall collection around new “hybrid” outerwear pieces. From a functional zip-through hacking jacket that’s half-blazer, half-overshirt, to suede gilets with needlecord trim and cashmere linings, there are lightweight layers aplenty to take you through the cooler months.

A final word goes to Anderson & Sheppard, whose online boutique showcases a range of superb lightweight and mid-weight casual jackets, also available from its haberdashery on Clifford Street in London’s Mayfair, should you be passing by. Indulge in one of the inky-blue or rust-colored corduroy work jackets, finished with patch pockets and trim revere collars, which will layer comfortably over a piqué polo or flannel shirt. Alternatively, invest in one of A&S’s robust cotton travel jackets, available in three colors with no less than 15 pockets apiece.

Use any of these options as a top layer, whisking it off as soon as the afternoon warms up. It’s the easiest way to navigate from summer to fall in style.