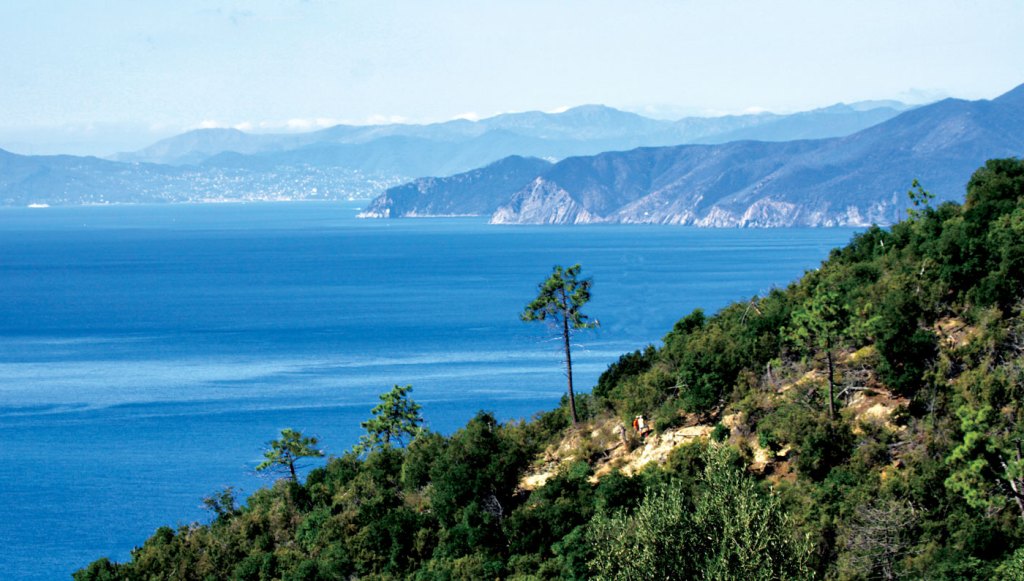 Best known for their venerable fashion brand, the close-knit Zegnas are also carrying on a tradition of Italian stewardship.

Trekking up a steep hill in the Cinque Terre National Park along Italy’s Ligurian coast one warm summer day, I am desperately trying to stay cool and keep up with my guide, Anna Zegna. The oppressive heat doesn’t seem to faze the charismatic president of Fondazione Zegna, a humanitarian organization she and her fashion-business family established in 2000. She seems perfectly comfortable in a stylish chambray shirt and trousers. Heat or no heat, she will hike in style.

Her fashion sense comes as no surprise: She is the granddaughter of Ermenegildo Zegna, who more than a century ago founded the eponymous sartorial empire that now thrives on a global scale but retains a small-town mind-set. The Milan-based company earned more than $1.3 billion worldwide in 2015 but has remained devoted to its birthplace in Trivero, a hamlet in the hills northeast of Turin. Ermenegildo, the son of a watchmaker and the youngest of 10 children, established his wool mill there in 1910, manufacturing textiles in a factory that is still in use today. He was ambitious, embracing technology and old-world craft, innovation, and elegance.

Ermenegildo understood that superior fabric depends on natural resources—good wool and good water—and he had an environmental streak. He had 500,000 pines and rhododendrons planted on the slopes down the valley from the factory, and they now define the landscape. In the 1960s he expanded his operation and started to make the tailored clothing the brand is known for today. His environmental and broader philanthropic mission also continues with a new generation of the family, which still owns the company.

Anna now has set her sights, and those of Fondazione Zegna, on restoring Punta Mesco, a farm with three historic buildings—one dating to the 17th century—located about 150 miles south of Milan. It’s easy to get caught up in this setting: a dramatic hillside perch with wide views along the coast and out to the vivid blue sea.

“At Zegna, we’ve always had a connection to the environment,” she says. Picturesque Italy is not only where the company has had its factory for more than a century, but also where Anna and her brother Ermenegildo (known as Gildo), now the CEO, and cousin Paolo, the chairman, grew up. The mill in Trivero was their playground. She recalls “jumping in the wool, running down the halls, and playing in the mountains” around the factory.

As the driven matriarch of the family business, Anna is spearheading an initiative—a partnership between Fondazione Zegna and Fondo Ambiente Italiano (FAI), a private nonprofit that works to restore Italy’s cultural treasures—to revitalize Punta Mesco. Thus far the project has required considerable patience. “It took two and a half years just to sign the papers,” she says.

But owing to her powers of persuasion and FAI’s relationships with Italy’s accomplished artisans, Punta Mesco is coming back to life. It is once again a working farm after having been neglected and untouched since the 1980s. Homegrown expertise has been essential in restoring the historic elements of the property, which is a protected area as part of the Cinque Terre National Park and as a UNESCO World Heritage Site. “I don’t think this would have been possible somewhere else,” says Anna.

To the many Italians who love to go trekking in the mountains, Punta Mesco is more than a farm. It’s a destination in itself, a beloved secret at the end of a long journey. It’s a trip Anna hopes more and more people will make, and one that takes time. “Nature asks you to be patient,” she says.

Getting to the farm with the incredible view has one steep challenge—it’s a vigorous 60-minute walk uphill. Workers have had to trek in and out (many have camped on-site), and materials have had to be packed in or flown in by helicopter. Though Punta Mesco will not be complete until 2020, when renewable solar and wind energy will provide 40 percent of the site’s needs, the property is already impressive and very much worth a visit.

Not only have buildings been restored, but land has been rehabilitated, in particular the terraces—steps of land horizontal enough for farming. The terraces had been built and maintained by farmers over decades, a delicate, devoted balancing act between previous generations and nature’s tendency toward disorder.

The site’s 17th-century farmhouse, which offers sweeping views of the Mediterranean coastline, has also been rehabilitated. The property has been reforested, drystone walls bordering the farm have been restored, and a well has been drilled to bring fresh water to the site. Arriving here, one feels a connection to the landscape and setting, and to the immediate pleasures that Italians have perfected over centuries. On my visit we have a simple lunch under the shade of the olive trees, dining on local vegetables, bread, a traditional omelet, and wine that we share with more than 40 people who have worked on the restoration.

Understandably, there’s significant civic pride and also awareness that this is the foundation of a new sort of tourism here, one based on agricultural sites with an eco-friendly footprint in a spectacular setting. Punta Mesco’s combination of technical innovation, environmental tourism, and sustainable agriculture make it a case study for other sites throughout Italy.

Among Italy’s elite, particularly its iconic fashion companies, there is a trend toward investing in the country’s cultural heritage. From Fendi’s donation of funds to restore Rome’s historic Trevi Fountain to Bulgari’s recent investment in a makeover of the city’s famed Spanish Steps and Tod’s contributions to repairs of the Colosseum, the sense of civic pride, and of Italy as a unique cultural destination, is strong.

If Punta Mesco succeeds, look for more collaborations between Fondazione Zegna and FAI. By all indications, the project is well on its way. Like the house of Zegna, which has always embraced technological development when it comes to textiles—indeed, it is a pioneer in technical fabrics that repel water, wrinkles, and heat—the Punta Mesco project is animated by a pioneering spirit. It embraces the past, but also modern technology when it’s most effective. It is “a mixture of innovation and tradition,” says Anna. “A little bit like Zegna itself.”