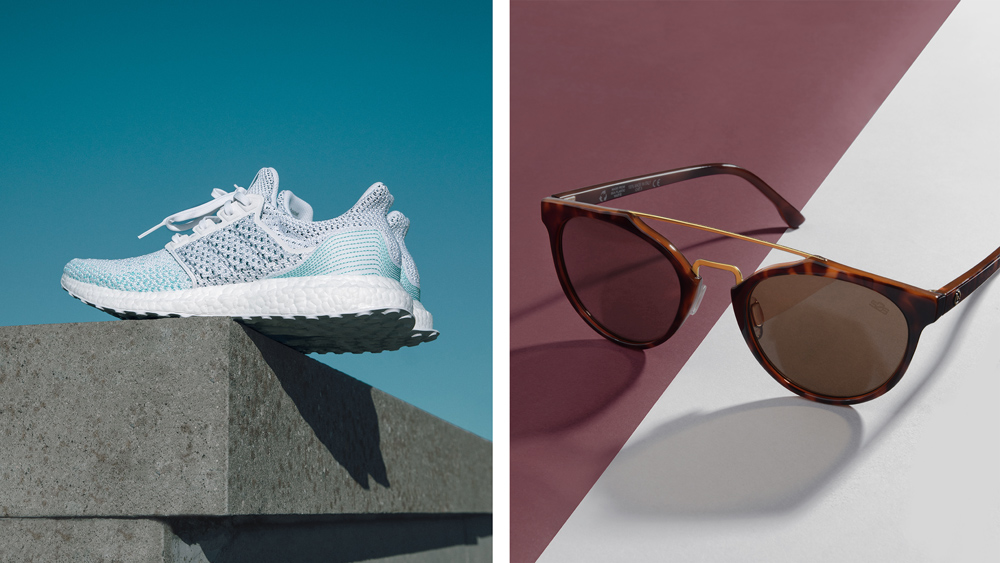 It is no secret that plastic has a bad rap—and for good reason, too. Every day approximately eight million pieces of plastic find their way into the oceans, affecting marine life, the food we eat, and the air we breathe (marine plants, after all, are responsible for providing 70 percent of the oxygen in the atmosphere). It is also no secret that the fashion industry is one of the biggest perpetuators of this damaging cycle, and it is widely reported that fashion production is the second largest polluter in the world. That said, a few brands are working to clean up both the oceans and fashion industry’s less-than-pristine reputation by doing what they do best: producing classic, effortlessly wearable pieces out of plastic pulled from the oceans meant to slot straight into your wardrobe.

On the forefront of this initiative to turn plastic found in oceans and along beaches into actually useable—and even chic—pieces is sportswear giant Adidas. In addition to partnerships with fashion heavyweights like Alexander Wang, in 2015 the brand teamed up with the innovators at Parley for the Oceans, who had pioneered a way to integrate the abundance of plastic waste found on beaches around the world into an upcycled material that can be used in apparel and footwear. The resulting sneaker—made substantially from plastic filaments collected from coastal regions—proved to be an instant hit, combining Adidas’s winning aesthetic and engineering with a feel-good cause.

Since then, the conscientious collaboration has continued, with the latest styles of sneakers and active wear made of the recycled thread having launched in June. About 11 plastic bottles are used to create the clean white and blue thread interwoven throughout the outsole and overlay of the new Ultraboost Parley LTD ($200). The resulting knit wraps your foot in flexible, lightweight comfort—meaning that you’ll want to reach for them again and again, whether you are heading out on a run or just running errands on busier-than-ever weekends.

“Our goal was to turn the threat of plastic pollution on marine life into a sustainable thread that we build our products with,” says Paul Bowyer, senior director of U.S. running for Adidas, “you still get the ultimate running experience with this shoe while reducing the carbon footprint of the planet.” This opportunity to make the hardest working pieces in our closets do double duty for the planet was not lost on Huntsman, and the Savile Row stronghold has just launched a collaboration of upcycled sunglasses with Parley’s Barcelona­­–based contemporary Sea2see.

Similar to Adidas’s Parley sneakers and windbreakers, Hunstman’s new line of sunglasses (from $160) feel like any other pair you have in your collection. But in reality, the classic, Gregory Peck–inspired frames are not made of acetate, but instead out of the hundreds of pounds of plastic waste pulled in by Catalonian fisherman every day. Over 20 pounds of plastic (any materials that can’t be used to make frames is sold to other companies that can make use of them) are used to make each of the rich, tortoise shell frames—which range in shape from Paul Newman-esque aviators to always stylish notch-bridges.

Where Bowyer says Adidas is “using sport as a way to enable action against ocean pollution,” Huntsman and Sea2see are using fashion to push consumers to consider their impact on the environment. Sea2see, which also produces its own line of beach-ready frames, has been lauded across Europe for its effort to clean up the ocean, and was presented in front of the United Nations during the World Ocean Conference as an excellent example of the potential of recycled materials. Going green has never looked so chic.