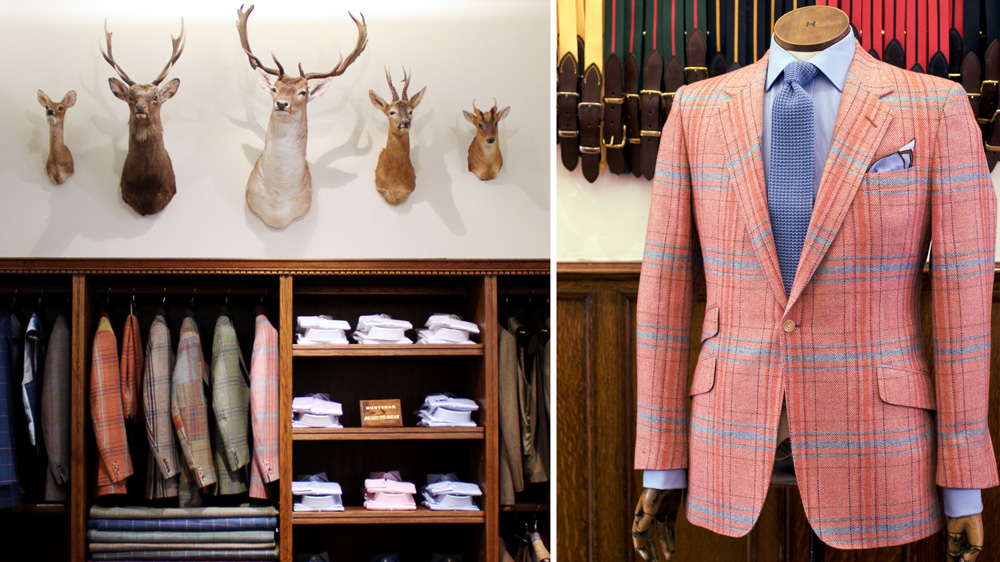 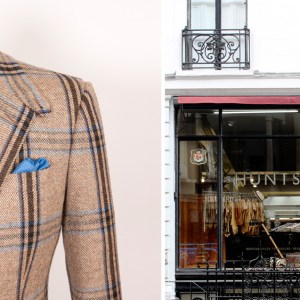 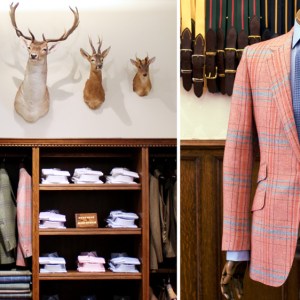 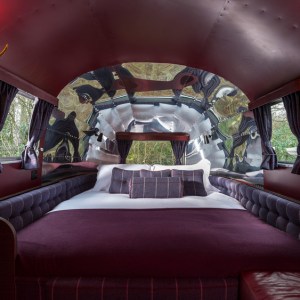 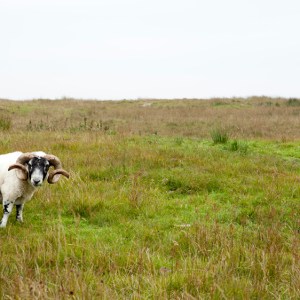 No longer for just British royals and gentry, Huntsman lets you design your own signature wool tweed fabric and invites you to Scotland’s Islay region to see the material woven on some of the world’s oldest wooden mills. It’s an age-old tradition, but Huntsman has updated the classic tweed with new lighter-weight clothes, bolder patterns, and an imaginative use of colors that reflect today’s modern lifestyle. It’s not your grandfather’s tweed: Huntsman is creating tweeds that range from bold and colorful to muted and elegant.

The new make-your-own-tweed program was created by Huntsman’s high-profile owner, British financier Pierre Lagrange, who has found newfangled uses for the classic tweed. He fitted his classic Aston Martin and Harley-Davidson saddlebags in the classic Huntsman tweed as well as the interior of the Savile Row tailor’s London shop; it’s lined with tweed walls and has tweed-covered lampshades, sofas, and pillows. The company even outfitted its new Huntsman Airstream Mobile Tailoring Studio in tweed. This roving Airstream bus made its debut at the Pebble Beach Concours d’Elegance last August, where clients were invited to a fitting for made-to-measure suits while sipping a glass of Scotch whisky on tweed-covered benches.

For the new bespoke tweed service (staring at around $13,000), clients can review Huntsman’s abundant archives for inspiration—which include swatches of herringbone, Prince of Wales, barleycorn, and houndstooth check—and then select colors and modify their favorite patterns. The specifics will be transferred to a computer, where they can adjust the scale, shape, and colors and make their final decisions. Next, the buyer is invited to Islay, where they will sip its famous single-malt whisky and see the weaving process on an antique mill from the Victorian era. Several weeks later, they will receive a 30-meter bolt of custom tweed fabric and a bespoke tweed jacket. The bespoke tweed will be available on order, so future generations can share in the family tweed.