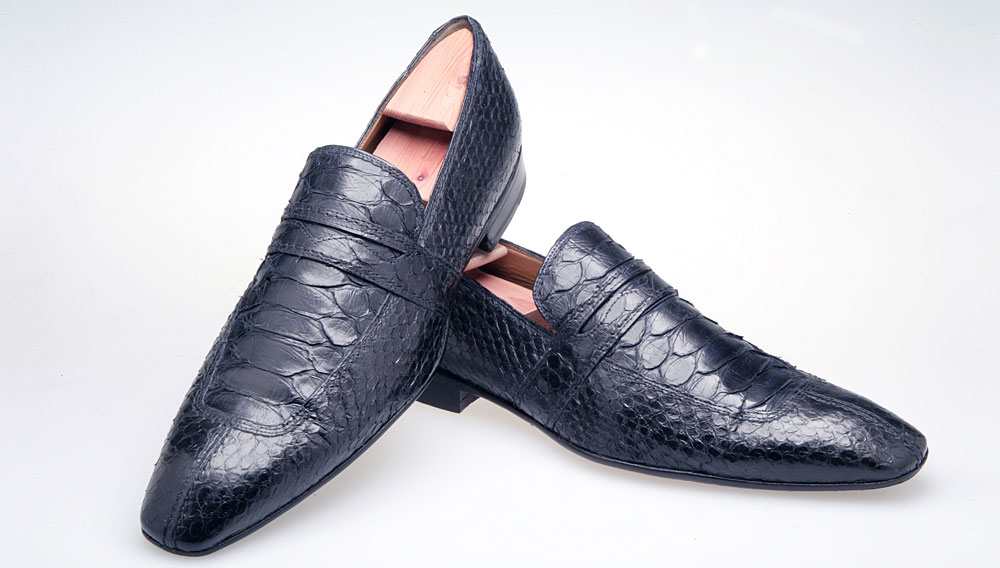 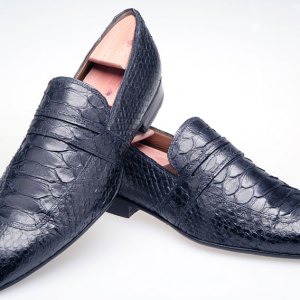 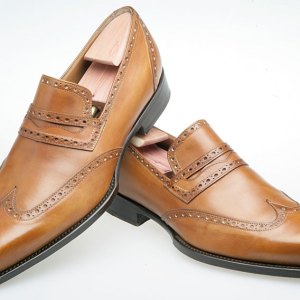 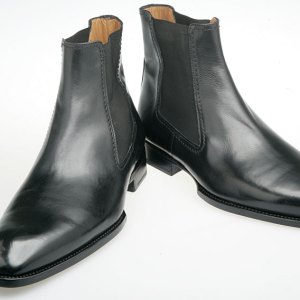 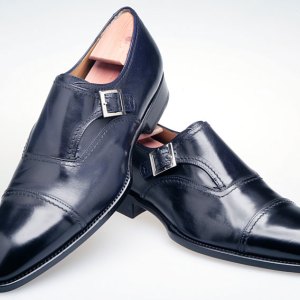 While working as a model following a successful stint in college basketball, Ron Donovan discovered that many of the fashion clients who hired him for his good looks failed to notice his size 15½ shoe.  Years of squeezing into footwear that was too small ultimately sparked the former athlete’s interest in shoemaking, says Donovan, who taught himself the mechanics of the craft before honing his skills on his former teammates, whom he says “have extreme-size feet like mine.” Donovan once made every shoe by hand out of his Manhattan apartment, but now he has a partnership with a little-known shoemaker in Italy’s Marche region, an area known for its fine footwear, and together they produce the designer’s signature men’s designs.

“Now I spend three to four months a year actually working with the craftsmen at the Italian factory,” says Donovan, whose ready-made and made-to-order line of lace-up oxfords, boots, and loafers are distinguishable by their modern, elongated lasts and often chiseled-toe designs. In addition all of the shoes, which can be customized in your choice of skin, color, or decorative-stitch detailing, feature a proprietary approach to hand-staining “so a shoe that looks black or brown might actually be a combination of colors, from deep purple and navy to olive,” says Donovan.  Both the ready-made shoes, starting at $750, and the made-to-order Ron Donovan Executive collection, starting around $2,250, are available by private appointment or directly through the designer’s Web site, as well as in limited quantities at Church Boutique in Los Angeles. At your request, and for an additional onetime $1,600 charge, Donovan will even create a personal last to ensure a flawless fit. (212.465.7402, www.rondonfoot.com)