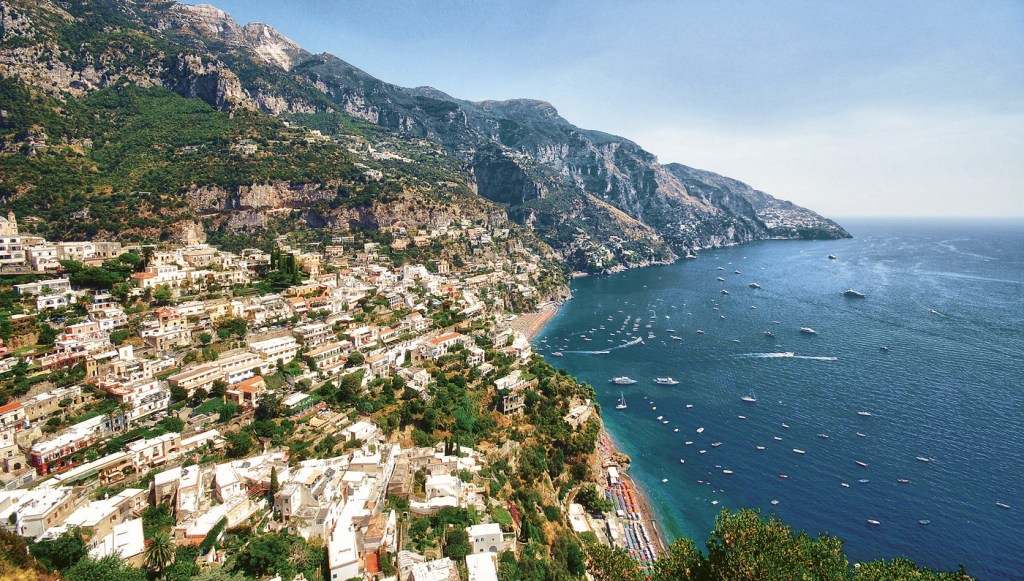 Expertly crafted clothing is still the pride of Naples, thanks to the city’s top tailors, who are bolstering the tried-and-true Neapolitan style.

In the 1930s, a jacket made waves in the coastal city of Naples. Vincenzo Attolini deconstructed the traditional English suit jacket, removing its heavy lining and creating softer, more naturally shaped shoulders. He had intended for the design to be comfortable for Neapol­itans living in the area’s warm climate, but his clients initially shunned what they considered to be a radical departure from tradition. “My grandfather made the jacket more like a second skin, which was very avant-garde at the time,” explains Massimiliano Attolini, Vincenzo’s grandson, who now runs the menswear brand Cesare Attolini with his brother Giuseppe.

That reluctance didn’t last long, however. The tailor’s unstructured style caught on, and by the close of World War II, men young and old, whether working or simply strolling the boardwalk, were sporting what had come to be called the Neapolitan-style jacket. In the 1950s the Attolinis made Neapolitan-style suits—fully bespoke ensembles—for a number of high-profile clients, including such Hollywood celebrities as Clark Gable, who had garments made while he was in town filming It Started in Naples with Sophia Loren. By that time, word was getting out. For those seeking expertly tailored clothing, Naples was the place to go.

A sense of drama and grit permeates Naples today. The city on southern Italy’s west coast is at once a lively metropolis—where narrow roads bustle with locals who call themselves Neapolitans, not Italians—and an old seaport. Fishermen on the glistening bay use nets to pull the morning’s catch into their boats, and on a clear day, there is a magnificent view of Mount Vesuvius. Streets and hilltops are sprinkled with medieval, baroque, and Renaissance-era structures, many in disrepair. Colorful but chaotic, historic Naples is more often a stopover for tourists on their way to the more picturesque Amalfi Coast than a destination unto itself.

But the city warrants more than a passing glance: Naples is still worth a journey for those interested in the tradition of fine tailoring. It is home to many a tailoring workshop, where workers number anywhere from just two or three to more than 300. These enterprises are cutting and sewing suits with the same passion and meticulous attention to detail that decades ago gave rise to the now-famous Neapolitan style.

The skills that originated this mode of dress are ones that have been honed over generations, handed down from one to the next. Vincenzo Attolini’s son Cesare, who today at age 83 still examines finished jackets for imperfections, learned the trade from his father and moved to Torino for a time to develop his own clientele. It was there, in the early 1960s, that he con­ceived what his son Mas­similiano calls the Neapolitan system, which Cesare implemented in Naples upon his return. In this system, rather than making a jacket from start to finish, each tailor received training in a specific task, such as sewing the collar. This allowed for new efficiencies and expertise.

Today, advances in materials and styling are further bolstering the craft. By design, Neapolitan tailoring delivers a level of comfort and ease of movement that today’s businessmen tend to favor, and traditional tailors, such as Kiton and Isaia, are pioneering treatments that give fabrics like cashmere and wool a softer feel without compromising their ability to hold a garment’s shape. This season, Kiton has also introduced a series of sport coats that feature an inner lining designed to adjust to the wearer’s body temperature.

Inside Kiton’s workshop, 350 tailors (most of them men) work in groups according to their skill set. A circle of about eight artisans might sew the shoulders, for example, while another group attaches collars. The atmosphere feels more like a men’s club than a workshop, and the close-knit family of Ciro Paone, who founded the brand in 1968, oversees the work and the company’s international growth. “All the family is in the business, and I expect my son and daughter will join one day,” says Ciro’s daughter Maria Giovanna Paone, who is Kiton’s vice president and the creative director of its women’s division. The spirit of Naples is evident in everything the company makes, she says, noting that the tailors put their own personality into each handmade jacket.

Technique distinguishes a Neapolitan tailor from a British or even a Milanese one, as evidenced by clothes from Isaia. In the company’s atelier in the Casalnuovo district of Naples, where CEO Gianluca Isaia’s grandfather established his workshop in 1957, the focus is on the brand’s signature cut, which incorporates an unstructured shoulder, a higher and smaller armhole, a larger lapel, and the barchetta (Italian for “small boat”) breast pocket. Isaia is also known for its vibrant suit patterns and trademark coral lapel pin. The coral adornment is not only a symbol of good luck, according to the CEO, but also a reminder that the suits come from the Italian seaside. “Our philosophy,” he says, “is not to give our clients rules but to help men discover their own style.” His brand’s colorful clothing has found particular favor among younger men who want suits different from those worn by their fathers.

Individuality is also a driving force at Rubinacci, whose bespoke suits are offered through its stores in Naples, Milan, and London. Established by Gennaro Rubinacci in 1930, the company is now helmed by Gennaro’s son Mariano, who runs the business with his son Luca. On a floor above their Naples shop, more than two dozen tailors, all dressed in white coats, cut and sew each garment by hand. These methods allow for the creation of uniquely personalized garments, such as a recent Tanzanian client’s lightweight cashmere sport coat lined with a silk print featuring an image of Mount Vesuvius. More than ever, says Mariano, “people want something special; they don’t want something everyone else has.”

Cesare Attolini clients also expect their wardrobes to be special—just as they did in the 1930s when Vincenzo presented his groundbreaking design. For the company, meeting that expectation involves, among other things, having its fabrics made in Italy and England exclusively for the brand, in just enough of each fabric style (the color, the pattern, and so on) to make 20 to 25 handmade suits. The brand employs about 130 tailors, including a 64-year-old man who started working for Cesare Attolini when he was 14 years old.

Such dedication to the craft, Massimiliano says, results in a level of consistency and refinement that is impossible to duplicate outside Naples. “I can recognize one of our jackets a mile away in any city in the world,” he says. “It’s the fabric, the shoulder, the fit and boat-shaped pocket that my grandfather invented, and the way a man walks with confidence when he is wearing a Neapolitan jacket.”