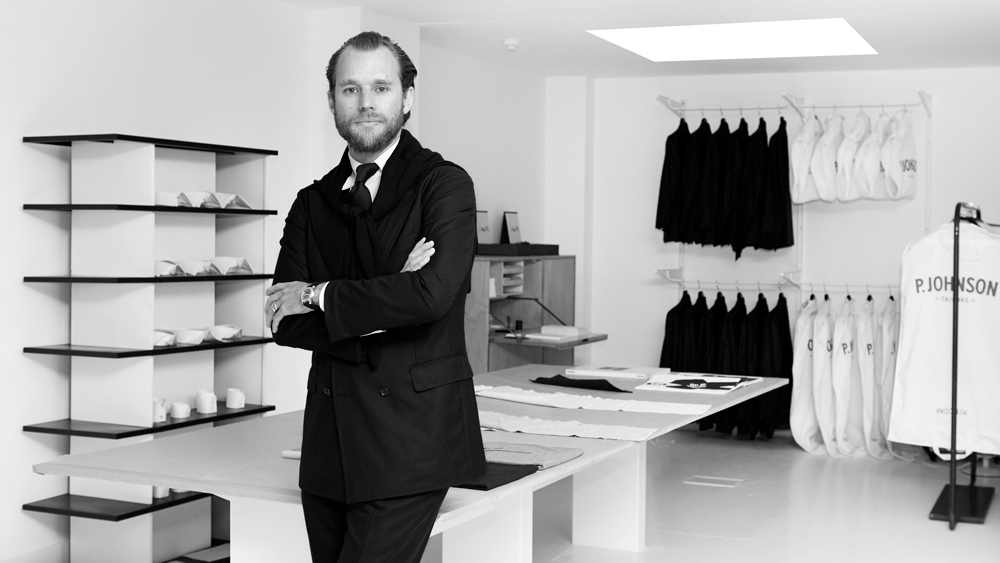 Geo. F. Trumper
A grooming rite of passage
Geo. F. Trumper has two old-world locations in the London districts of St. James’s and Mayfair where many fathers have brought their sons for their inaugural shave. The wood-paneled shops offer hair, beard, and moustache dressing, plus a range of fragrances and grooming products, and even an open razor class. A wet shave with hot towels starts around $45. (trumpers.com)

Lock & Co. Hatters
Hat shopping in a London landmark
Despite its location on London’s St. James’s Street, Lock & Co. Hatters—the world’s oldest hat shop—is often overlooked. Founded in the 1700s, the establishment that is said to have inspired Lewis Carroll’s Hatter in Alice’s Adventures in Wonderland is still a thriving emporium. Come inside, and you’re part of hat history, surrounded by bowlers, flat caps, and more. (lockhatters​.co.uk)

T & F Slack Shoemakers
Pairing shoes with personalities
Tim and Fiona Slack started making custom shoes for rock-and-roll stars back in the 1970s, and today the husband and wife remain a discreet source for classic bespoke footwear with a twist. At T & F Slack Shoemakers in West London, men will find oxford and Derby styles with details like stitching and soles in yellow, green, or blue. Bespoke lasts are priced at about $550, which does not include the price of the shoes. Shoes start around $350. (tandf​slackshoemakers.com)

Frescobol Carioca
Swimwear that makes a splash
Celebrating the vibrant seaside culture of Rio de Janeiro, Frescobol Carioca has been quietly making a name for itself since 2009 with its playful beachwear and accessories. Our favorite place to shop the Brazilian brand’s tailored swimwear and handcrafted wooden beach bats is far from the golden sands of Rio, in the courtyard of London’s Ham Yard Hotel. (frescobolcarioca.com)

MonteNapoleone VIP Lounge
Concierge Making the most of Milan
The fashion capital has emerged as one of the world’s premier shopping destinations, with dozens of notable designers and bespoke tailors having opened shops in the past few years on and around the city’s Via Monte Napoleone. To provide visitors with unrivaled access to this shopping street and all that greater Milan has to offer, a consortium of brands recently established the MonteNapoleone VIP Lounge. Guests can ensconce themselves in its elegantly comfortable lounge space while the concierge secures reservations at the city’s top restaurants, arranges tours of private wineries, or procures tickets to the hottest operas. Need a red dress for the evening’s affair? Red dresses from top designers can be delivered to the lounge for a private viewing; similarly, a tailor might be summoned to carry out a tuxedo fitting at a moment’s notice. Such conveniences abound, including MonteNapoleone VIP’s assistance at the airport, which gives departing guests access to tax-refund desks and tax-free procedures without their having to wait in line. (montenapoleone.luxury)

Slowear
The best of Italian style—and comfort
For one-stop shopping for ultra-comfortable sport coats, trousers, and knits, visit Slowear, which offers its four stylish Italian brands in each of its retail locations. In just the past few years, the company has opened shops in New York, London, Paris, and South Korea. Its Incotex trousers have a reputation for being as comfy as track pants. (slowear.com)

Liverano & Liverano
A refined Florentine tailor
On a quiet street near the Arno River in Florence, Antonio Liverano of Liverano & Liverano works six days a week cutting patterns and sewing for his roster of international clients. He has 70 years of experience—he started as an apprentice at age 11—and his expertise is in great demand. Expect to wait several weeks or even a few months for a bespoke suit or sport coat. (liverano.com)

Alexandra Sojfer
Umbrellas that are right as rain
Tucked away on the Boulevard Saint-Germain in Paris is the little-known bespoke umbrella maker Alexandra Sojfer. A third-generation artisan who opened her business in 2002, Sojfer has a knack for creating decidedly unique pieces (starting at about $220), from a mink-trimmed umbrella to a cane with a handle created to resemble a client’s wife’s hand. (alexandra​sojfer.com)

P. Johnson
Easygoing tailored clothing
From his P. Johnson showroom in a discreet SoHo building in New York City, Australian designer Patrick Johnson delivers his take on the traditional suit: contemporary in style and made in luxurious, lightweight fabrics. Don’t be fooled by the shop’s laid-back style: Seriously skilled tailors in the brand’s Tuscan atelier make each suit to the client’s specific requirements. (pjt.com)

J. Mueser
High style with a downtown vibe
Head to J. Mueser in Manhattan’s West Village for suits and sport coats that flatter your physique and fit your mood. The 34-year-old Jake Mueser and his tailors can build a bespoke suit in 8 weeks (four fittings, from $3,500). He describes his look as “a marriage of Neapolitan and Savile Row style.” (jmueser.com)