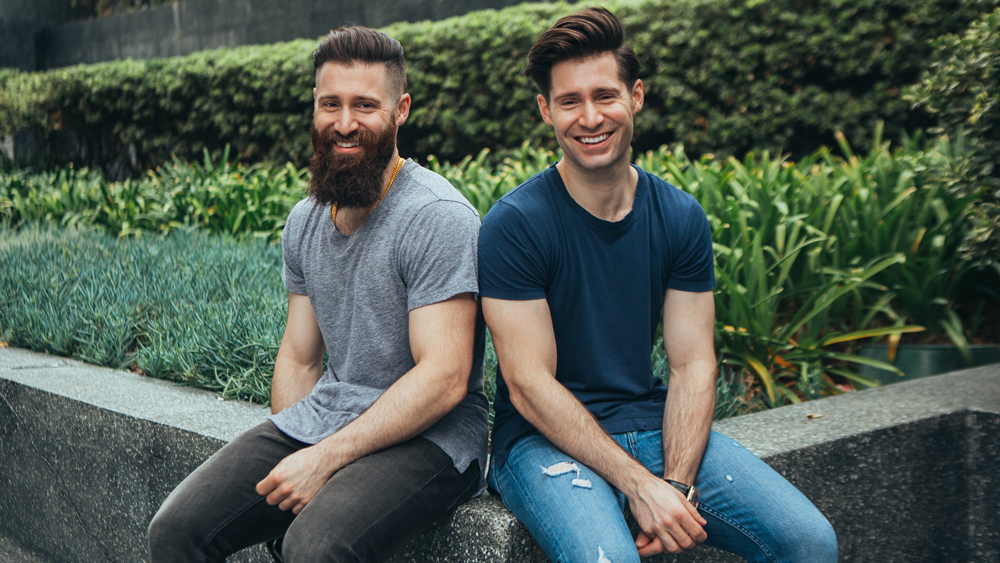 “Obviously, we’ve been obsessed with shoes our whole lives,” explains Ryan Goldston, one half of the identical-twin duo behind Athletic Propulsion Labs (APL), a cult-favorite sneaker brand the brothers founded out of their USC dorm in 2009. “We felt like the holy grail would be shoes that could make you jump higher and run faster.” And that is exactly what Ryan, along with his brother Adam, have found. Their first sneaker, a basketball shoe equipped with their now-patented Load N’ Launch technology, was banned by the NBA for giving wearers an unfair advantage—springboarding players farther than they otherwise could jump. It launched a sneaker empire (and sold nine months’ worth of inventory) for the Goldstons nearly overnight.

In the near decade since, APL has continued to capitalize on this cache—selling its tech-driven sneakers both directly to consumers through its website (a common way for young brands to launch now, but APL was one of the first to successfully pull the model off in the early 2010s) and at luxury retailers ranging from Mr Porter to Barneys—where they sit alongside a growing number of souped-up, space-age sneakers from Prada, Balenciaga, and more.

A rainbow-hued selection of APLs  Photo: Courtesy of APL

“I don’t want to say we opened the door for luxury houses to play in [the performance sneaker] world,” says Adam, “but the luxury athletic space and the luxury performance space didn’t exist before we started.” And while there has long been a niche market for hyper-engineered athletic shoes on one end and flashy, highly collectible sneakers on the other (think the original Nike Air Jordans, which, with a price tag that soars as high as $15,000, is hard not to consider a luxury item), Adam has a point. “You’re not going to run a marathon in your Pradas—there’s a hard stop as to what you can use [a lot of these designer sneakers] for,” he says. “But we feel like we’ve created a product that allows you to change your clothes throughout the day and keep your shoes the same.”

And that is exactly what the brothers do. Though they are self-professed shoe addicts, “we really haven’t worn any other shoes in 10 years,” Ryan laughs. They slip on their Concept “Boomer” basketball shoes ($195) for a quick game of pickup at the gym (both played for USC in college), and sometimes they even catch the person on the treadmill next to them putting on their TechLoom Pro Cashmere running shoes ($250), which actually make you run faster. And when they head into their sprawling, brand-new office space in Downtown LA, they slip on the seamless Breezes ($200)—one of the brand’s newest models. “I actually wore a dusty-red Richard James double-breasted suit with our Blisses [another new style that replaces laces with a sleek elastic strap] the day before they launched to the CFDA awards this year,” explains Ryan, “so I definitely think guys can get away with it.” Though, he does advise that you take the cut into consideration when pairing a suit with sneakers—a slim fit with a slightly cropped leg, which better puts the shoes on display, is what he goes for.

The new Bliss and Breeze sneakers  Photo: Courtesy of APL

Adam, however, dresses up his APLs with bespoke shearling jackets by Cromford Leather and unabashedly flashy jewelry, much of which he custom designs with LA­-based jeweler Icebox and Jason of Beverly Hills. “Since there are no real trophies in business, I try to create pieces of jewelry that are rooted around big moments and that are tied to our design,” he explains, pointing to a diamond-encrusted APL-branded ring he has on. “We’re always sitting across the table from buyers and holding shoes in our hands, so [the ring, which Ryan also wears,] is a subconscious way to remind them we make the world’s finest footwear,” he says.

“It’s not the most subtle,” Ryan adds with a laugh. But, of course, being subtle hasn’t gotten the 31-year-old twins to hold court as the reigning champs of the always-competitive sneaker world.