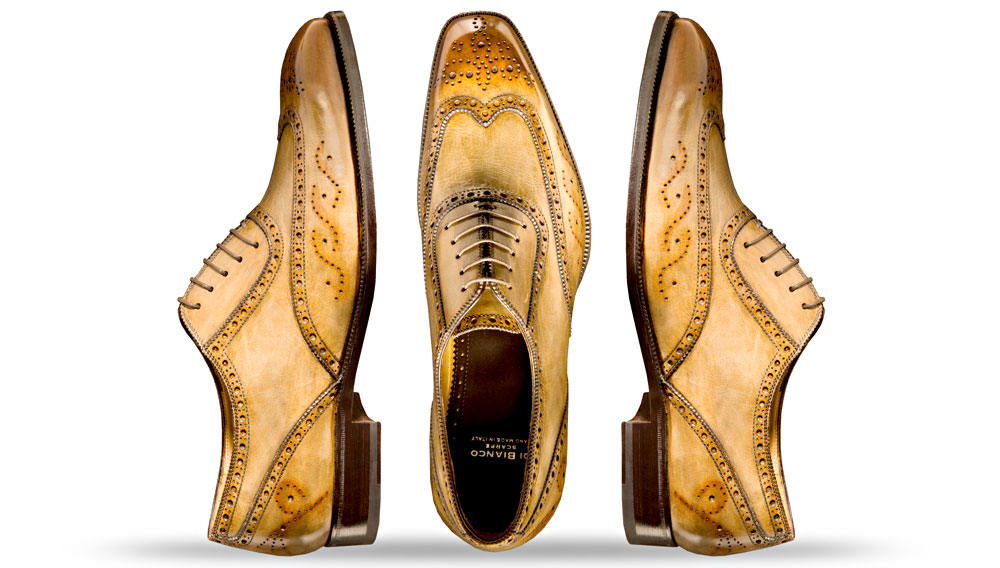 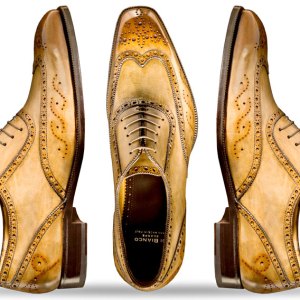 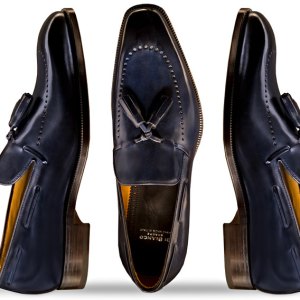 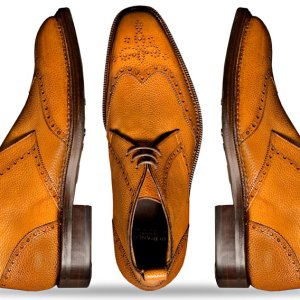 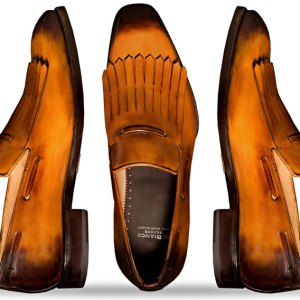 William White developed a passion for high-end men’s footwear while working as a sales representative for the Italian shoemaker Sutor Mantellassi from 2004 to 2008. This year, he’s launched his own Italian-made men’s footwear with an American twist. The Scarpe di Bianco collection (which translates to “white shoes”) offers classic, well-made footwear with subtle deviations. “For instance, I’ll take a classic cap toe and explode the brogue stitching by doubling or tripling its size,” says the designer.

Handmade by the same fourth-generation Neapolitan shoemakers who produce footwear for Lanvin, Tom Ford, and, formerly, Mantellassi, Scarpe di Bianco goes one step beyond ready-made shoes by offering a stock program designed for customization. The company stocks four best-selling styles–double monk-straps, Venetian loafers, wingtip brogues, and a plain-toe blucher—all unfinished so a client can select his color choice and still have shoes delivered within three weeks. The first collection has 100 styles in 30 different colors in calfskin or suede, and the footwear is made with four sole construction methods, including patented Blake, Goodyear, and Norwegian styling. However, White has a particular penchant for Cucitura Doppia, or double-stitch, construction that incorporates two soles, one attached Blake-style on the inside and the other attached by a diagonal outer stitch. The additional sole makes an otherwise traditional Blake-constructed shoe more watertight, while also allowing the shoe to be resoled like a classic Goodyear-welted style.

Scarpe di Bianco is sold in better stores, and fittings are also available at the company’s New York atelier by appointment. (646.415.8925, www.scarpedibianco.com)