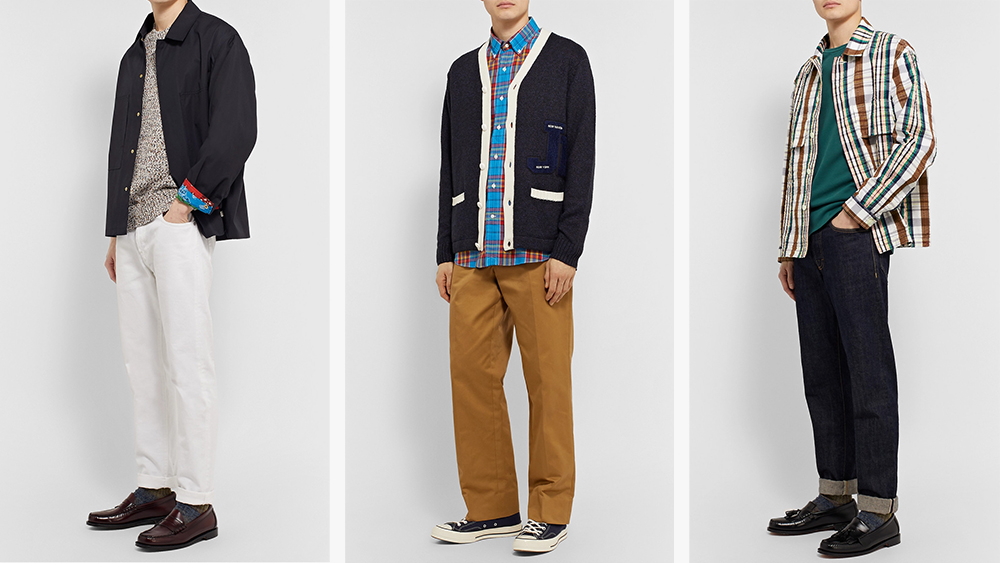 There aren’t many menswear brands that can successfully balance a dual-identity. But, perhaps surprisingly, preppy style stalwart J.Press is doing just that. Founded in 1902 on Yale University’s New Haven campus by one Jacobi Press, it’s a classic menswear institution you’re no doubt aware of. Few American brands today are more synonymous with Ivy League style, as Mr. Porter’s Buying Director, Sam Kershaw, knows only too well.

“Inherently, J.Press is a classic American sportswear brand, with a storied heritage and style that has withstood over a century,” he tells Robb Report, “the preppy basics are timeless, and remain continually relevant to how men dress and shop today.”

J.Press’s three stores—the original flagship at Yale, a second in New York and third in Washington D.C.—reinforce Kershaw’s point. Each is a shrine to mid-century inspired sportswear and peerless tailoring. Today, J.Press is one of the last makers of sack suiting: a relaxed, softly-structured style of suit or sport coat, first popularized in the late 1950s for its comfort and its casual look. It’s also a purveyor of iconic ‘Shaggy Dog’ brushed Shetland wool sweaters, and a go-to supplier of repp stripe ties and well-cut navy blazers with brass buttons. In other words, J.Press stands for traditional menswear at its most beguiling and its most authentic.

But, on the other side of the world, there’s quite a different side to J.Press—one that you may not be so familiar with. J.Press was actually the first American menswear company to be licensed in Japan, back in 1986, and while said Japanese offshoot has been dormant for a while, J.Press Japan is now back in business, available on Mr. Porter, and making some seriously good clothes.

“No one has mastered the art of attention to detail in menswear quite like the Japanese,” Kershaw continues, “American men’s style signatures are rooted in the United States, but often improved upon in Japan. The team at J.Press Japan both honor the brand’s heritage and history, while modernizing it for the present-day consumer.”

Mr. Porter’s Spring/Summer offering from J.Press Japan attests to this. In place of tweed sport coats and flannel slacks sit sleek blousons, sporty shirts and luxurious knitwear. It’s a surprisingly fresh take on Ivy style yet feels seamlessly connected to the more traditional American collection. J.Press Japan is offering of-the-moment overshirt designs cut in traditional blue-gray seersucker, imbuing a piece of contemporary outerwear with the best of the brand’s history. Shirts feature generous button-down collars, classic Oxford cloths and bright plaids. Cricket sweaters are available in tonal combinations and chinos are rendered in all manner of silhouettes, from wide-leg to trim-fit. J.Press Japan feels like J.Press US’s rebellious younger brother, but in all the right ways.

Certainly, Mr. Porter seems to think so. “J.Press works both for our more classic and traditional customers, alongside a new generation who pair the brand with modern-day prep from Engineered Garments, Noah and Drake’s,” says Kershaw. “You could even argue that we’re witnessing a neo-prep resurgence. Just look at brands like Noah or Rowing Blazers, both of which follow in the tradition of many of J.Press’s classic pieces and styles.”

If menswear is experiencing a neo-prep renaissance, the two sides of J.Press are at its forefront. Whichever brand you connect with, you’re buying into two different interpretations of over 100-years of American menswear history. Any way you slice it, that’s pretty cool.