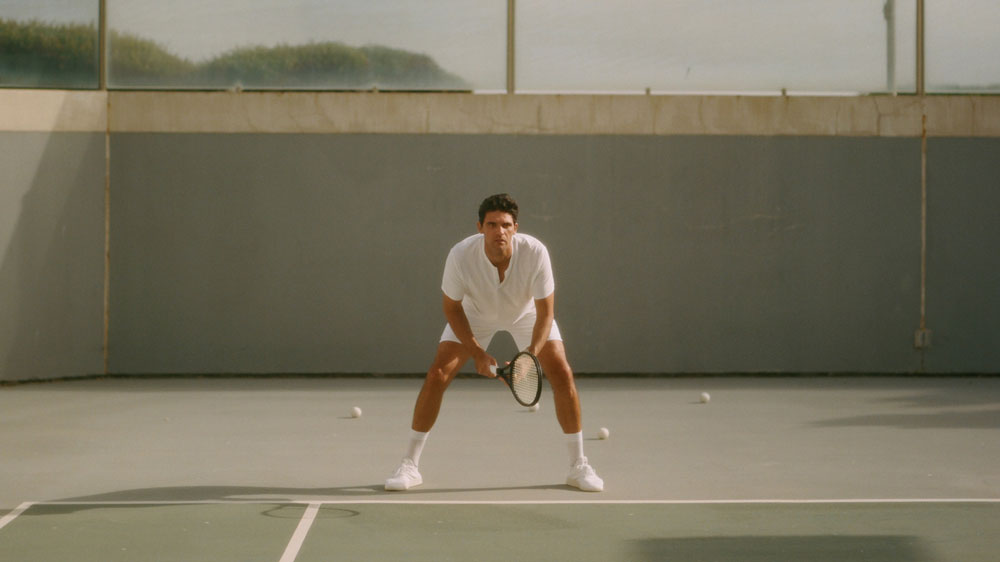 Fashion and tennis have a long-standing love affair. Players such as Bjorn Borg and Stan Smith are not only tennis legends but also fixtures in the style hall of fame. And it’s a fitting match to be sure—tennis’s trim shorts and polos, traditionally in crisp whites, have a sophistication that transcends most other sports’ uniforms. That stylistic synergy inspired a new tennis-geared capsule collection from Jacques, a year-old athletic attire brand that wears its functionality lightly. Designed by Gregg Cohenca, who himself was a competitive tennis player in a past life, the brand does performance pieces that are sporty without sacrificing chic. It’s clean and minimalist, resembling what we imagine workout gear created by industrial designer Dieter Rams would look like.

“After entering a new chapter of my life, I wanted a brand that could speak to my day-to-day lifestyle and aesthetic,” says Cohenca. “Jacques was built to fill this void—designed to enhance one’s performance, unifying aesthetic with function.” Cohenca has been an athlete his entire life. Starting from age five, he dabbled in every sport, but zeroed in on tennis early on: He went on to compete internationally as a junior, was recruited to play Division 1 at Bucknell University, and was the first NCAA-bound player in the University’s history. So, the new tennis capsule is a homecoming of sorts for Cohenca, elevating the pieces that once made up the majority of his wardrobe.

Designed in collaboration with Mark Philippoussis, a two-time Davis Cup champion who was once ranked the No. 8 player in the world, the range is informed by both men’s experiences on the court. “I knew Mark from watching him play in legendary tournaments as his fan,” says Cohenca. “It’s been an incredible experience working with him.”

The capsule distills the uniform both men know so well to its most elegant essence. There are tailored nylon shorts ($120) with a single pin-tuck pleat running down each leg, cotton piqué polos ($125) with slim collars and concealed button plackets, and tees and tanks (from $75) in lightweight, breathable cotton blends. Just like the rest of Jacques’s collection, everything is done in a neutral palette of grey, black, and white. Free from logos or any unnecessary embellishments, the pieces have a refined simplicity that belies their technical construction (think moisture-wicking fabrics, 4-way stretch, bonded seams, etc.). The capsule debuted to coincide with the final games of Wimbledon in mid-July but, given that the brand is New York based, it’s destined to make appearances at the upcoming US Open.

“I look forward to the US Open every year; you can feel the buzz run through New York,” says Cohenca. “I’m very excited to see some of the young rising stars, such as Stefanos Tsitsipas and Alexander Zverev compete. I’d love to see a major breakthrough with a title in their hands.” And, perhaps, Jacques on their backs.