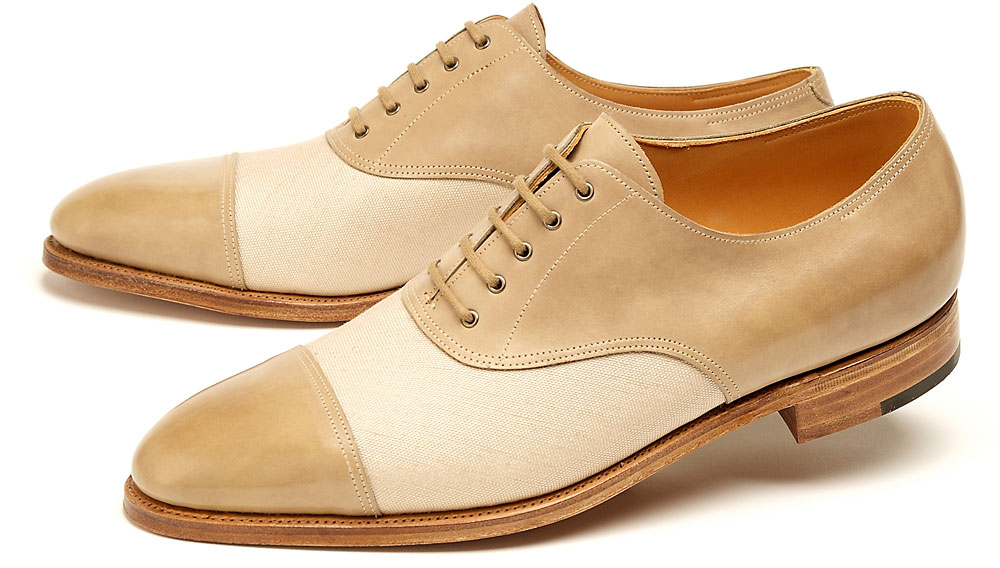 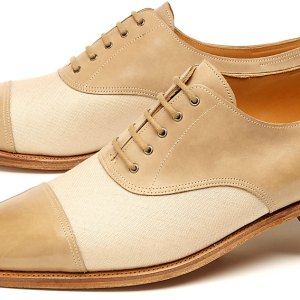 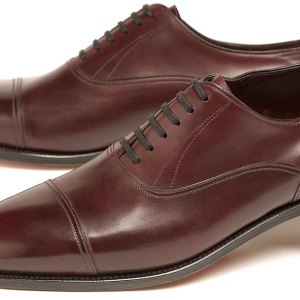 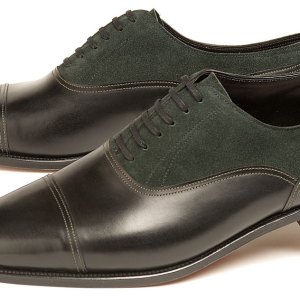 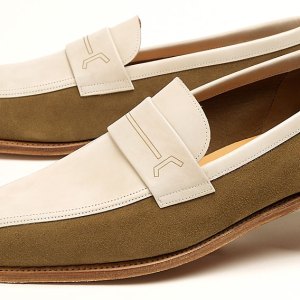 Two elements—the figure-eight-shape undersole and the finest blemish-free leather—distinguish John Lobb’s French-made footwear from those of most other shoemakers. The company prides itself on using only single pieces of full-grain leather, which have spent more than six months at the tannery, in the production of its footwear. The skins then spend another 40 hours in the hands of specially trained craftsmen undergoing 190 manufacturing steps—more than that of any other shoemaker. While the brand’s ready-made footwear is as close to custom as you can achieve without the creation of your own personal last (the wooden model of your foot from which custom shoes are made), like its British namesake the French Lobb does offer a bespoke service for those who insist on having it done their way. To easily identify the latter, the brand recently introduced Mogador Bespoke, a collection of custom designs distinguishable by their purple undersoles.

John Lobb, the British bespoke shoemaker, opened a second shop in Paris at the beginning of the last century. When it became difficult to operate shops in two countries, the Lobb family sold its French operation to Hermès, which moved the shoe production in-house and introduced the ready-made Lobb shoes found in Hermès stores, as well as signature Lobb shops, around the world. Among the advantages of John Lobb shoes from Paris is that they often employ leathers from Gordon-Choisy, one of the world’s finest tanneries, which is also owned by the French luxury brand.