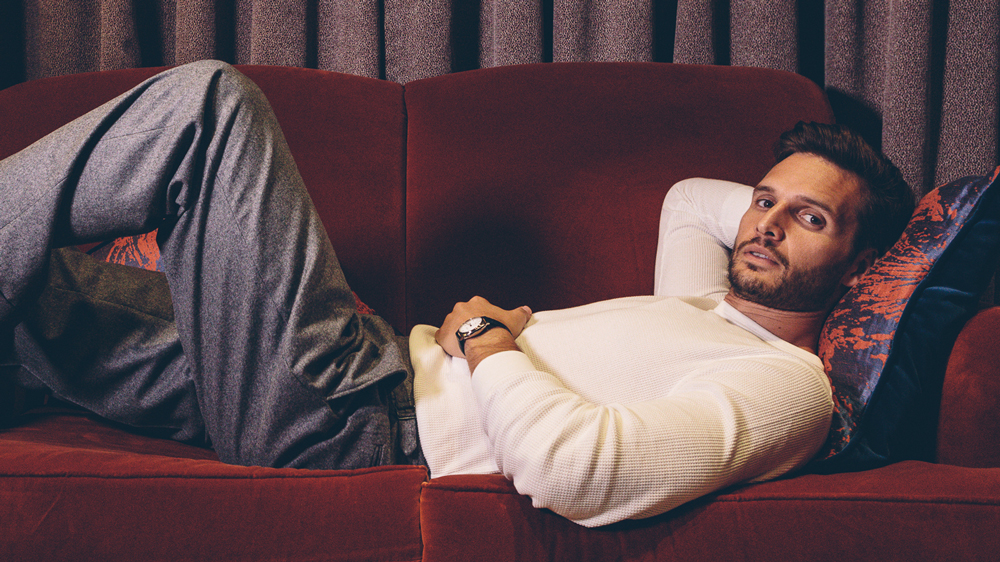 As with Thomas Pink, Ted Baker, and Chester Barrie, there is no such person as Kit Blake. All three houses have compelling stories behind their fictional names—well worth some search engine action when you have an idle moment—so what’s the story behind the name of the new menswear brand from Chris Modoo?

There was a time, according to the ever affable Modoo, when Savile Row notables getting a suit made on London’s famous tailoring strip would book under a pseudonym in order to get their garments being made quicker—as professional members of the community tended to be put on the bottom of the pile. “Kit Blake,” an iteration of his first name plus that of the street he grew up on, was Modoo’s.

Modoo cut his teeth at the tie department in Selfridges—the iconic London department store—and at Jermyn Street shirt-makers Thomas Pink. A period as head of buying at Ede & Ravenscroft followed, then a six-year stint at Chester Barrie, where he joined forces with Edward Sexton—the legendary cutter, designer, and tailor who, with his business partner Tommy Nutter, dressed rock-and-roll royalty in the 60s. Sexton was in the process revolutionizing Savile Row, and was brought in to Chester Barrie around the same time as Modoo as a consultant, “Edward taught me not to compromise and how great style and great fit are not mutually exclusive,” he says.

Now, along with his business partner and friend the entrepreneur Richard Wheat, Modoo has founded a menswear brand aimed at au courant men who favor versatile, expertly crafted separates. And he looks poised to carve an all-new niche in the busy realm that is modern menswear. At the core of the collection are the Aleksandar trousers—high-waisted with deep, forward-facing pleats, side adjusters, and tapering legs—designed to be worn in the office, for leisure, with a sleek smoking jacket for a black-tie affair, or even for playing golf.

“It’s a return to the classic proportions in tailoring,” explains Modoo. “We started with trousers as a reaction against the ubiquity of the bland blazers and badly-fitting jeans that have become a uniform for too many men. We have nothing against [Top Gear host] Jeremy Clarkson and respect his views on motoring, but we don’t want to dress like him.”

The collection also includes blazers in dark blue wool mesh and brown flannel prince of wales check (the latter is double-breasted) blazers, as well as an imperious navy-blue overcoat. It’s a small line to start with, but one which Modoo hopes will prompt men to reassess the way they go about compiling an ensemble for any given occasion. “Dressing better takes no more effort than wearing jeans does,” he points out. “You could go to [watch the game on a Sunday] afternoon and then head straight to a nice restaurant without being under or overdressed.”