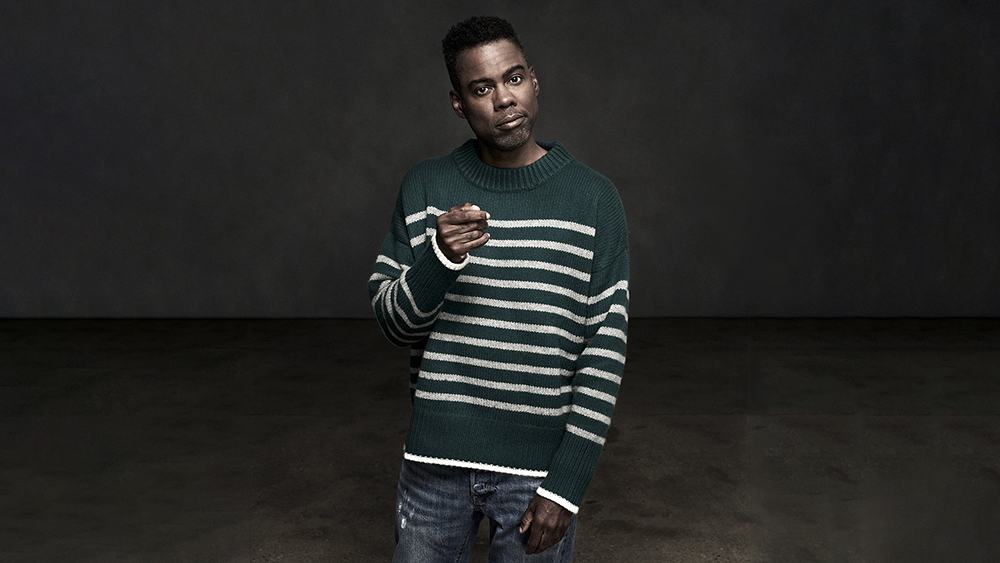 Women have been dipping into their significant others’ wardrobes for decades, nabbing men’s jeans, shirts and sweaters and claiming them as their own oversized style statements. Historically, this has been a one-way exchange—few guys look good squeezed into their lady’s tees or trousers. But La Ligne’s Marin sweater is the rare exception to that rule. Since it debuted in 2016, the roomy mariniere striped knit has allowed guys to get in on the perks of closet swapping. The style has proven so popular that the brand is expanding into menswear, with a sweater designed specifically for the fellas.

The Marin sweater has been a fixture in La Ligne’s collection from day one. A pleasingly chunky 7-ply knit in a blend of cashmere and wool with the classic navy and white stripes of French sailor shirts, it’s an apt mascot for the brand’s mission to produce perennial wardrobe staples simply embellished with the most timeless of patterns: stripes. Founded by a couple of former Vogue editors and a Rag & Bone vet, La Ligne’s keen sense of what women want to wear made it a runaway hit. And given that the brand’s signature—stripes—has been gender-neutral since long before it became a buzzword, it turned that La Ligne got what guys want, too.

In the years since, the Marin sweater’s dropped shoulders and loose cut have made it a particular favorite among men. It’s been spotted guys ranging from comedians Chris Rock and Jeff Ross to rapper John Forté and actor Dan Levy. While these men weren’t intimidated by a garment designed for women (or daunted by the sizing conversion math), La Ligne is now making it even easier for guys to get a Marin sweater of their own. The Mr. Marin, launching on May 11th, is near identical to the original, just sized accordingly for the boys.

“We did tweak a few details to ensure the most flattering fit and proportions,” La Ligne co-founder Valerie Macaulay tells us. “We changed the shoulder construction from a drop to a set-in sleeve, added width to the bicep and a few stripes to the top part of the chest.”

A few of La Ligne’s other crossover hits: Frédéric Fekkai (pictured with his wife, Shirin von Wulffen) in the Varsity sweater ($450) and Sean O’Pry in the Marin turtleneck ($295).  Ungano & Agriodimas

While the Mr. Marin is La Ligne’s only dedicated menswear model for the moment, the brand hints that there will be more to come. “Many of our core styles easily crossover and are already purchased by or for men,” Macaulay says, calling out the Bastien and Toujours sweaters in particular. “We cannot keep our classic Bonne Nuit pajamas in stock and received quite a few asks since Covid for men’s sizing…stay tuned!”

In the meantime, several of the brand’s other equally unisex knits are available in a women’s extra-large. If you’re lucky, they might already be hanging in your better half’s closet.