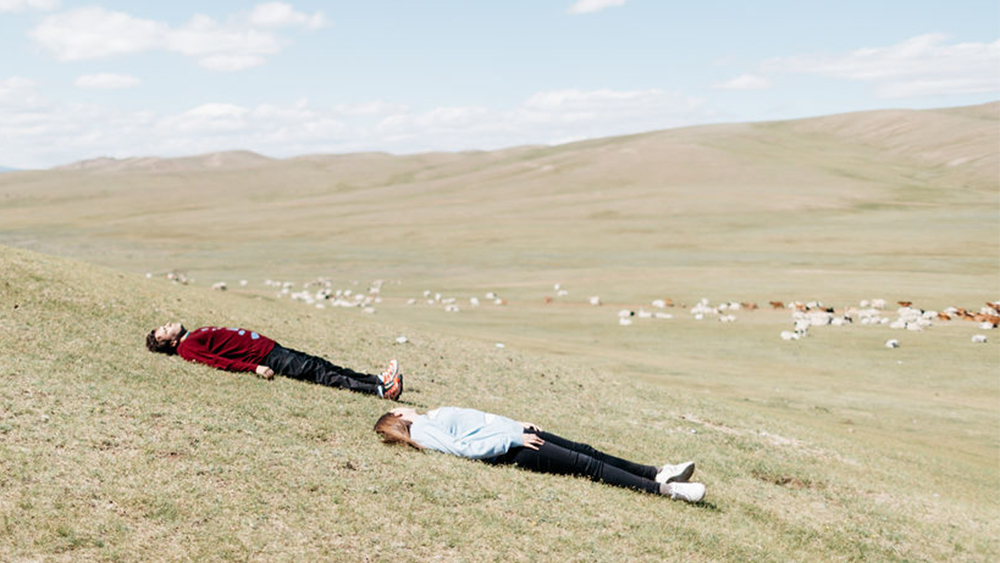 Cashmere has many attractive attributes, but personality generally isn’t one of them. The plush knit textile swaddles and drapes with superlative softness, and doesn’t say much of anything. That may be why a simple, solid-colored cashmere sweater has long been a staple in the uniform of affluence—it’s a discreet luxury that only really reveals itself when touched. Which is all well and good, if a bit boring. Even a wardrobe full of Loro Piana and Brunello Cucinelli sweaters can use an occasional dose of irreverent color, which is precisely what Leret Leret offers.

The New York-based knitwear brand was founded in 2019 by siblings Edouard and Andrea Leret with one basic premise: to make cashmere fun. Born in Paris and raised in Caracas, the duo grew up swiping sweaters from their parents’ closets and were converted to the church of cashmere at an early age. But after starting their own careers in fashion—she at Carolina Herrera and Jason Wu, he at Brooklyn designer Alex Crane—the Lerets saw a hole in the marketplace for first-rate knits that went beyond the staid, generic norm.

After a chance meeting with a cashmere supplier, who sources the precious fibers from Mongolia—home to the world’s most coveted goats—the Lerets set out to build a modern cashmere brand. They started with perfecting the fit, which Edouard tells us “took the most time because we really wanted a relaxed fit, to be comfortable and for people to wear it however they wanted.” That cut—slightly slouchy, with a dropped shoulder and crewneck—is so perfect, it’s the one silhouette Leret Leret offers. As Andrea notes, the roomy yet flattering cut “fits everyone…it’s genderless, ageless.”

But it’s the designs that really set Leret Leret’s cashmere apart from the country club associations. The embellishments range from timeless stripes to playful illustrations, everything from modernist abstract compositions to a lithe snake. There are options for the reserved (a band of stripes in shades of blue) and the confidently bold (high rolling stoners, take note of the marijuana leaves). Thanks to the generously-proportioned fit, even the most muted iterations have quiet attitude. These are sweaters best worn like the casual luxuries they are, with jeans or chinos and sneakers or loafers.

The designs are often abstract, like this bullseye and ovoid composition.  Leret Leret

While all of the top players in the sweater biz source their cashmere in Mongolia, the fiber is often exported to Italy to be knit and manufactured. Leret Leret’s sweaters, however, are produced entirely in Mongolia, by people who arguably know the material best. It’s the sweater equivalent of a wine made from grapes the are grown, aged and bottled on the same site. The designs, which are intarsia-knit into the sweaters, are considerably more difficult to construct than the solid-colored standard. That’s why some of the more intricate patterns will set you back a bit more than others (but with most priced at $475, Leret Leret’s sweaters are a relative bargain in the world of haute knits).

Each design is numbered and released in a limited edition of around 300 pieces, positioned more like a fine art print than a wardrobe basic. It’s a fitting format for Leret Leret’s arty approach to cashmere, underscored by an ongoing series of collaborations that the brand refers to as “artist interventions.” For their first, the Leret’s offered up their signature sweater silhouette as a canvas for Angelica Hicks, the British illustrator and daughter of decorator Ashley Hicks. Known for her charmingly naif drawings, Hicks emblazoned the crewneck with two hands wrapped around the torso in a trompe l’oeil hug. Comfy and comforting, it’s a symbolic amalgam of the salves that have eased this year’s sting: compassion, wit and, of course, cashmere.