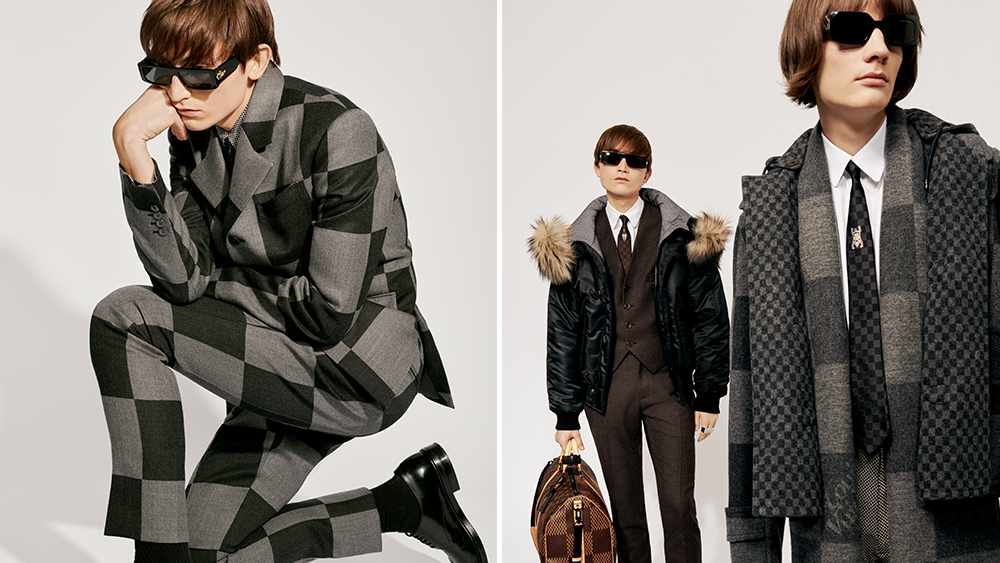 It’s not every day that two giants of streetwear join forces, but that’s precisely what happened with Louis Vuitton’s latest menswear collection. A joint venture between menswear creative director Virgil Abloh and legendary Japanese designer Nigo, the Pre-Fall 2020 collection was a mashup sure to satisfy fans of each.

The partnership, first announced in December of last year, immediately piqued fashion’s interest as Abloh has experienced a rapid rise to a top spot in the industry, and Nigo, a fellow multihyphenate, founded one of the most revered streetwear brands around, Bathing Ape. Abloh told Vogue the pair have known one another for over 15 years and that the project is based in their friendship. The results, which Nigo dubbed LV² for the dual approach to design, riffs heavily on classic streetwear silhouettes while smartly integrating Vuitton’s most recognizable elements.

The offering is based on the idea of a Mod London dandy as seen through a Tokyo lens, according to a press release. Company representatives have stated it’s a brand priority to retain the young customers who first invested in the label for Abloh’s hypebeast accessories. To do so, the label is strengthening the tailoring category. Indeed, this one-off lineup has plenty of suits, many of which are patterned with Vuitton’s iconic square damier pattern blown up for graphic effect. Most of the selection offers a trim silhouette that rightly feels like a ’60s throwback contrasted with contemporary oversized outerwear.

“The mood of the collection started off with our appreciation for the UK dandy and the Mod era, Savile Row tailoring,” Abloh told Vogue. “That gave us the silhouette; but when it came to adding our own texture within the silhouette, that was very much using the codes of the house.”

On the more casual side of things, denim plays a prominent role in the collection as well. Japan is renowned for its superior denim, and Nigo has a formidable collection of vintage samples in his personal archive. The denim here maintains the logo theme through allover prints of the brand emblem patchworked with a tonal take on the damier check. With bucket hats, pants, jackets and shirts, it’s possible to create a complete, coordinated look from these pieces alone.

And, of course, accessories get their due. The same LV² patchwork applied to the denim wares can also be found on some of the leather house’s most famous bags, including the tote and keepall. Tasseled loafers and shearling boots receive similar treatment.