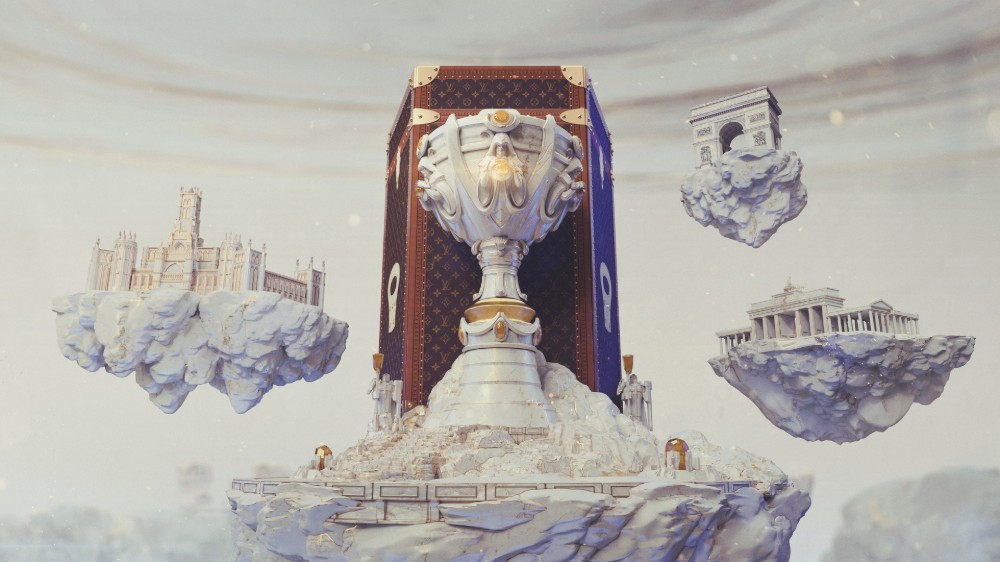 The worlds of high-end fashion and e-sports are coming together like never before. Louis Vuitton and Riot Games just announced a wide-ranging partnership that will see the French luxury giant design League of Legends-themed items for the popular game and the real world.

While details remain fuzzy, we’ll see the first result of the partnership in November: Louis Vuitton is designing a bespoke trunk for this year’s Summoner’s Cup, the baroque goblet given to the winners of the annual League of Legends World Championship. The ninth edition of the tournament will kick-off with play-in matches in Berlin on October 2 and culminate with the finals in Paris on November 10.

According to a joint press release, Louis Vuitton’s Summoner’s Cup trunk combines the brand’s traditional “savoir-faire along with cutting-edge, high-tech elements inspired by the League of Legends universe.” And the makers of the world’s most-played PC game can trust that the luxury goods maker knows exactly what they’re doing. Louis Vuitton previously designed trophy cases for illustrious sporting events like the French Open and last year’s World Cup.

“The League of Legends World Championship is not only the climax of the tournament: it’s where the world of sports and entertainment come together in celebration of new legends to be born,” Louis Vuitton Chairman and CEO Michael Burke said. “Louis Vuitton has long been associated with the world’s most coveted trophies, and here we are today, alongside the Summoner’s Cup. We are thrilled to be part of such an iconic event.”

In addition to the trunk, the brand’s Artistic Director of Women’s collections Nicolas Ghesquière will design a series of in-game character skins as well as a clothing capsule collection. While it’s currently unclear what those will look like, they’re expected to be revealed during the month-long tournament.

While the partnership between Louis Vuitton and Riot is pushing things to a new level, it’s not the first time the worlds of high fashion and gaming have mixed. In 2012, characters for the popular Japanese role-playing game series Final Fantasy appeared in a 12-page fashion spread in Arena Homme magazine, wearing Prada and earlier this year players of The Sims were given the option to outfit their virtual avatars in clothing from Moschino. Louis Vuitton has reached out to gamers before, too, featuring Final Fantasy’s Lighting in an ad campaign two years ago.