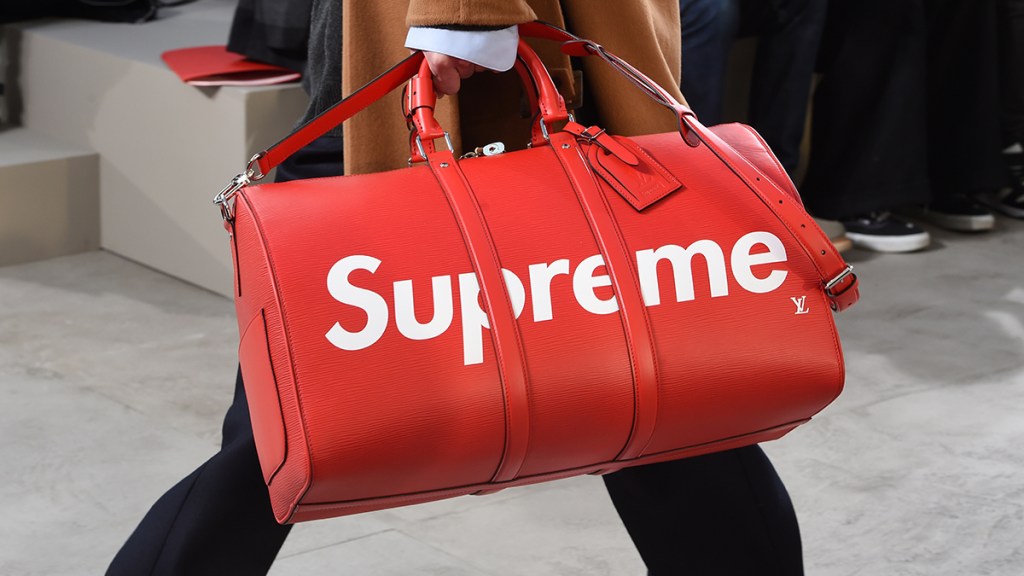 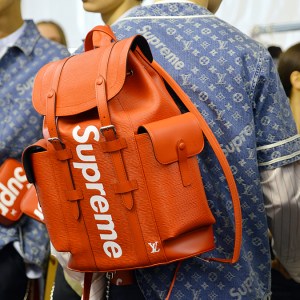 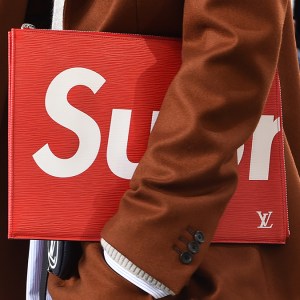 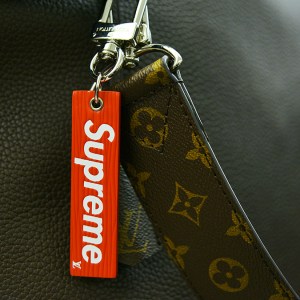 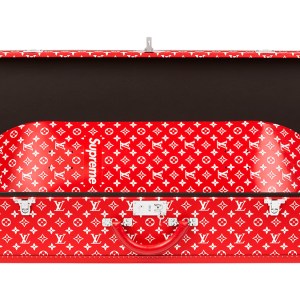 Louis Vuitton is on a serious roll with collaborations and pop-up shops, and just as their capsule collection pop-up in New York with Fragment came to a close, a string of pop-up shops were announced in 8 major cities around the globe including Miami and Los Angeles .

Celebrating the brand’s new collaboration with Supreme—the NYC streetwear giant, born of the ‘90s skateboard counterculture—the pop-ups have been filling up over the weekend with fans of both brands lining the streets to get their hands on items from the collaboration. Given the intense following both brands carry individually, this is likely to go down as the biggest fashion collab home run in years.

Unlike past Louis Vuitton partnerships, this collection is very comprehensive. The line includes everything from outerwear and denim to travel trunks and other leather goods. Much of the collection was presented at LV’s Fall Winter show at Paris Men’s Fashion Week, however there are a number of pieces appearing in the pop-up locations that were not included in the show. Among others, a skateboard trunk has made a surprise appearance.

The rise of streetwear continues to take the men’s fashion market by storm, quickly becoming the leading sales category in luxury retailers across the country. Though not all brands are quick to get on board, industry giants like Louis Vuitton and even Ermenegildo Zegna are more engaged in the segment than ever.

Will the rise of cozy casual attire one day surpass suiting amongst the white-collar sect? Only time will tell.