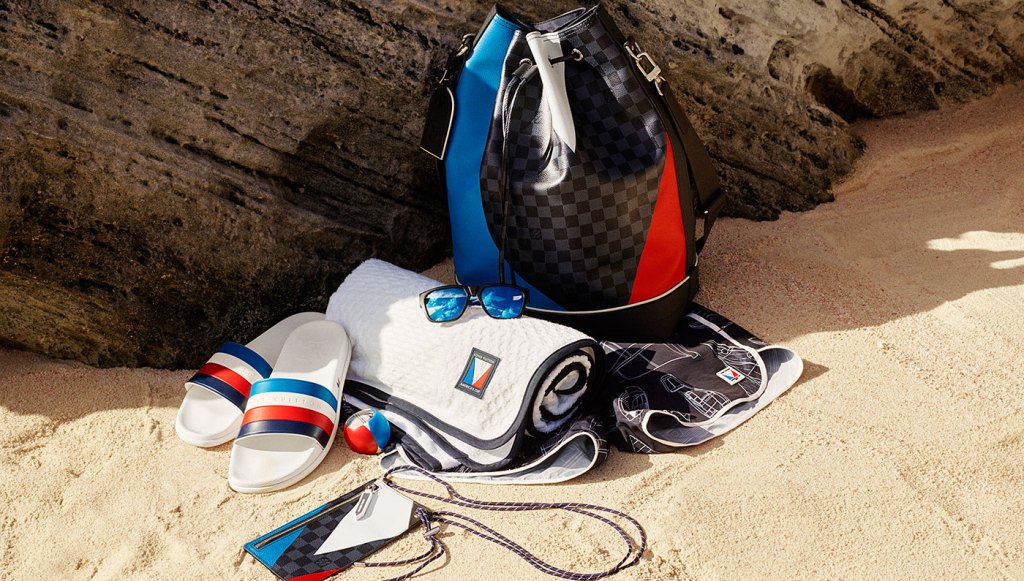 You don’t have to be a sailing pro to wear the new America’s Cup apparel and accessories from Louis Vuitton. As the eponymous sponsor of the Louis Vuitton America’s Cup World Series, the French luxury-goods house has created a nautically inspired capsule collection that, in addition to offering some activewear, brims with comfy knits, graphic colors, and playful prints that will give every man that ready-for-the-racing-circuit look.

In Louis Vuitton stores starting in April, the collection references the impressive histories of the fashion house and the America’s Cup, both of which were established in the 1850s. For Kim Jones, Louis Vuitton’s artistic director for menswear, staying true to past events in the world’s oldest still-active trophy race was important, so he researched the America’s Cup archives for material. Among his discoveries was an image of a winning boat that he used as a motif in shirts and shorts. Jones also drew inspiration from the bold V logo that a third-generation Vuitton, one Gaston-Louis, introduced in the early 20th century by putting it on his personal laundry bag and emblazoning it on his steamer trunk. Courtesy of Jones, the logo has been reimagined as a graphic emblem in blue, white, and red on a series of bags and small leather goods.

The extensive line of separates—fashioned from a palette of mainly navy, black, and white, with vibrant pops of blue and red—includes not only outerwear, knitwear, shorts, and nylon swimwear, but also a more elegant series of chambray and seersucker jackets and trousers. Prices range from $150 to $5,000 for the pieces in the collection, which will be sold in select Louis Vuitton stores and on the website for at least the next two years. More items will be added in 2017, the year of the final race in this America’s Cup series.

Those races, incidentally, are well under way: Three have already taken place, and the final match will be held next June in Bermuda. In addition to releasing its capsule collection honoring the historic sailing competition, Louis Vuitton has created a special trunk to hold the winner’s silver ewer. The result of more than 400 hours of work by a team of artisans, the trophy case is lined with sky-blue microfiber and, like the brand’s inimitable fashions, adorned with the LV monogram.