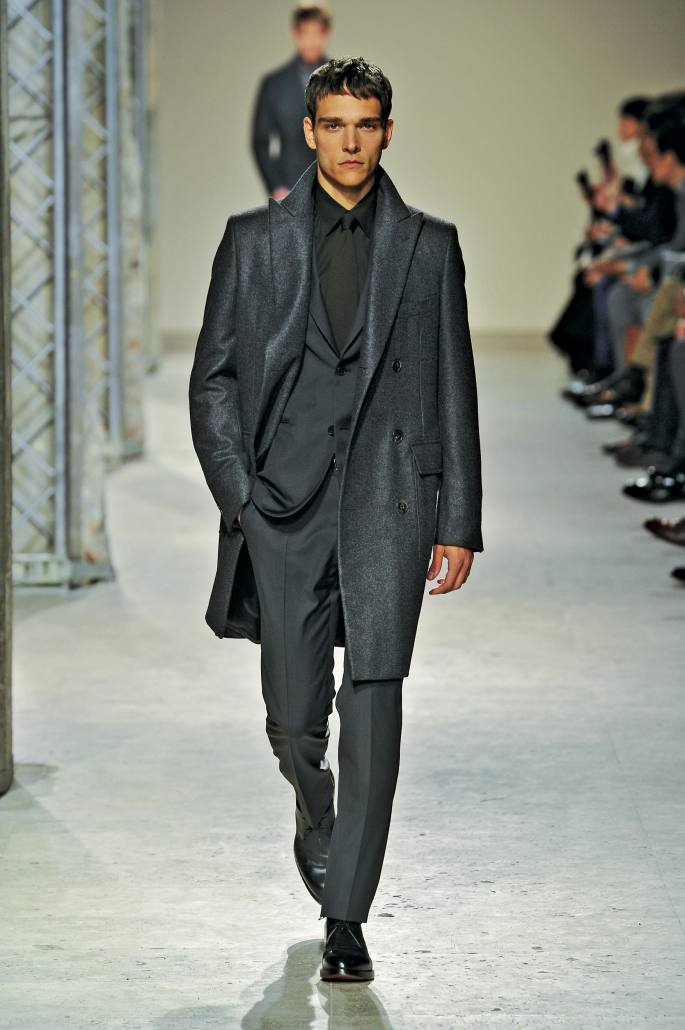 Hermès has long been famous for its classic leather goods and accessories, including the Birkin bag, the H belt buckle, and a line of quietly distinctive ties. But in recent years, the French luxury house has also become known for its menswear, home furnishings, and more. Instead of just reinterpreting its signature design motifs for these newer lines, the 176-year-old brand has introduced a streamlined, clean aesthetic created by some of the top talent in each category. For example, Véronique Nich­anian, the firm’s artistic director of menswear, designs collections that are free of horse bits and other references to Hermès’s beginnings as a saddlemaker. However, the clothing maintains other Hermès staples: The fit and construction are impeccable, and the materials are exceptional. The wearer knows he is clothed in Hermès. This is certainly true for a reversible pullover from the fall 2013 collection. The sweater appears to be made of plush cashmere, but it is actually sheared mink that touches the skin. Hermès’s tableware and home accessories also delight with their textures, as well as with their colors and patterns. Such offerings suggest that Hermès, which is the last major French luxury house to still be family owned, expects superior design and quality construction to define its products—that it is not relying on its name or logo to do so.

In September, Hermès will unveil a special-edition traveling wine trunk made of turquoise leather to mark the opening of its new Beverly Hills store. The trunk, priced at $89,000, accommodates bottles of Bordeaux and crystal wine glasses and is based on a liquor case the company made for Sammy Davis Jr. in 1950. So while Hermès has expanded its product lines, introduced a new design aesthetic, and continued to innovate with novel concepts in watches, jewelry, and footwear, it has not left its past behind.800.441.4488, www.hermes.com