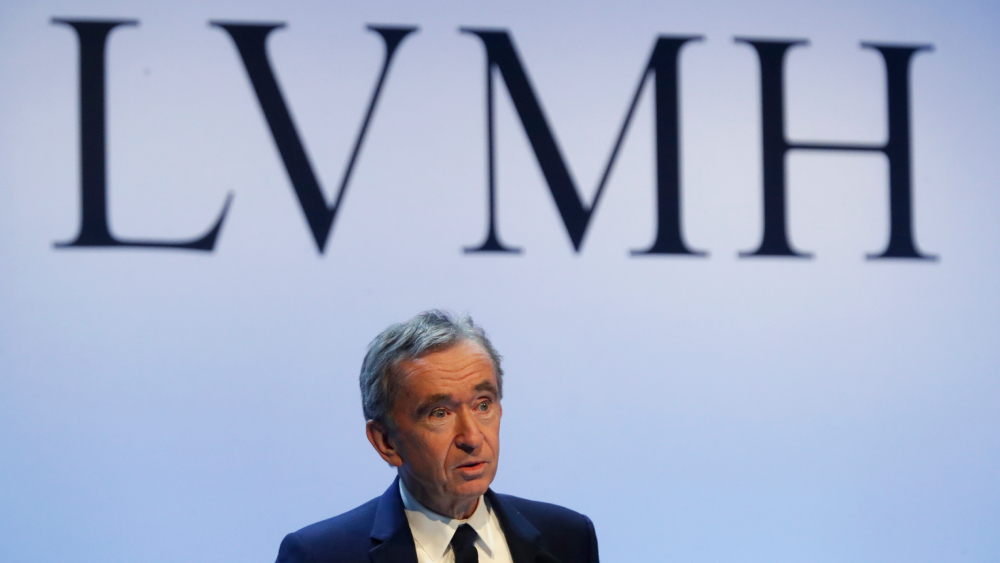 The Covid-19 pandemic has slashed revenues for companies of every size, and it appears that not even a behemoth like LVMH is immune.

In its latest report detailing the results of Q1 2020, the French luxury conglomerate revealed that its revenue totaled €10.6 billion (about $11.5 billion at current exchange). That figure is down a 15 percent compared to the same period last year. Of course, this sizable shift was driven by the global coronavirus pandemic, which forced the firm to temporarily close most of its stores. The Asian market showed signs of recovery as the quarter neared its end, but that development was negated by the closure of American and European shops as the disease’s epicenter shifted.

Emphasizing the group’s philanthropy during the period, owner Bernard Arnault said in a statement, “In this unprecedented context, I would first like to thank our teams around the world, who have mobilized to help caregivers and participate in the collective effort by making hydro-alcoholic gel for hand sanitizers, by facilitating the movement or by producing medical masks or even by sourcing critical equipment for hospitals. The health and safety of our employees and customers must remain our top priority.”

The world’s largest #luxury group is cutting costs and preparing for an uncertain future as the coronavirus crisis shrinks its business. LVMH reported a 15 percent drop in its first-quarter revenue compared with a year earlier, to €10.6 billion ($11.5 billion) as the coronavirus froze business in China. Business started to pick up again in Asia toward the end of the quarter, but by then the group was forced to close stores and workshops in Europe and the United States. The declines were worst in the group’s selective retailing division, which includes DFS, the duty-free shop chain that has seen business collapse along with international air travel. Watches and #jewellery sales were also down 24 percent, as brands like Bulgari rely on Chinese shoppers and tourists. The dropoff in #fashion and leather goods was milder, with sales down 9 percent year-over-year to €4.6 billion. Dior performed better than the group’s other fashion brands, while Givenchy, Celine and Fendi fared worse, Chief Financial Officer Jean Jacques Guiony said in a call with analysts. Guiony said LVMH had been “humbled” by the crisis, but predicted the pandemic would subside in the coming months, and that the group would gain market share. The crisis has accelerated trends that predate Covid-19, including Chinese consumers spending more domestically, Guiony added. Swipe across to discover the key takeaways from LVMH’s Q1 results. [Link in bio] 📷: @gettyimages

Although the Q1 report showed a decline in revenue across the board, LVMH’s subgroups were all affected differently. The Fashion and Leather Goods division only saw a 9 percent decrease in its revenue year over year whereas Watches and Jewelry experienced a whopping 24 percent reduction. Meanwhile, Perfume and Cosmetics experienced an 18 percent cut compared to 2019 while Wines and Spirits was down 13 percent. However, the company noted that while sales slumped generally, online sales grew significantly for certain divisions. Fashion and Leather Goods, LVMH said, saw Louis Vuitton and Christian Dior perform particularly well, though the company didn’t divulge specifics.

Bernard Arnault said he is taking steps to mitigate the financial downturn, including giving up his remuneration for the months of April and May, as well the variable remuneration for 2020 for himself and LVMH board members. Business of Fashion reported that the group will reduce capital expenditures by 40 percent while also revising its marketing budgets and delaying some projects until next year.