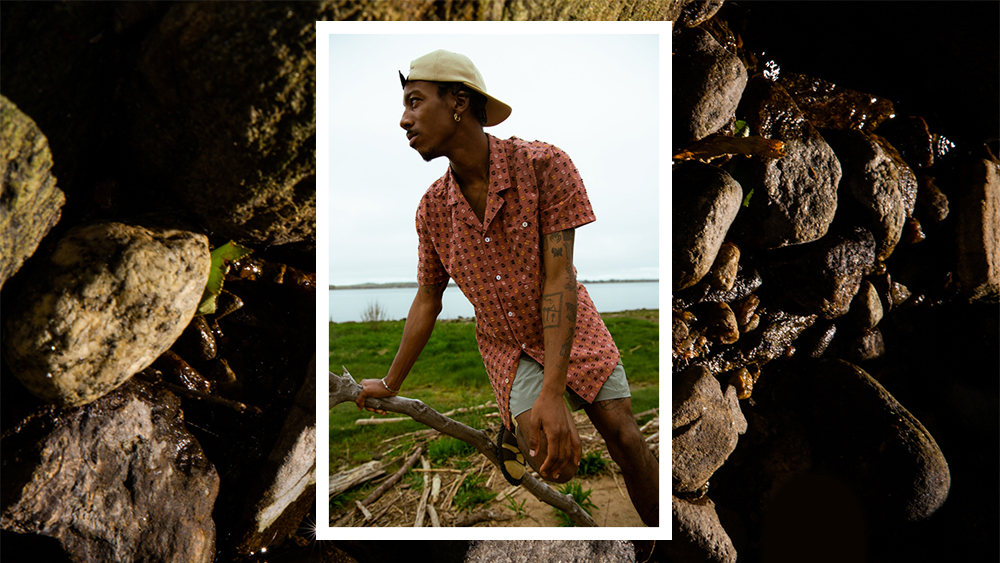 When a clothing brand says it’s inspired by New England, you typically know what to expect: gingham shirts, Nantucket red shorts, maybe something with a lobster motif. But Manresa—whose tagline reads “With Love from New England”—is not that brand. Like a certain well-known preppy label, Manresa is named after an island in the region. However, its namesake is not exactly a vacation destination: Manresa Island, located off the coast of Norwalk, Connecticut, is best known for hosting a defunct coal-fired power plant that most locals consider an eyesore.

But not all: 32-year-old Manresa founder and Norwalk native Mike McLachlan appreciates it as part of the local landscape. “It’s something that other people think is ugly that I think gives my town some character,” he tells Robb Report. A connection could be made between that sentiment and the clothing McLachlan designs, which draws inspiration from workwear and outdoor-minded brands like Carhartt and L.L. Bean. It’s the New England style of blue-collar fishing towns like Norwalk, and not one of the moneyed enclaves that surround it.

“I’m not far from Stamford and grew up with a lot of kids who wore Vineyard Vines or resort wear from Martha’s Vineyard or Cape Cod. A lot of Nantucket Reds,” McLachlan says. “I never really dressed like that.”

Instead, he took his early style cues from an adolescent interest in snowboarding and skateboarding before being introduced to streetwear by an older brother. After initially painting or drawing on T-shirts, McLachlan learned screen-printing and graphic design. He enrolled in the fashion design program at Marist College, but transferred to a graphic design school after his freshman year.

Following college, McLachlan pursued graphic design and later found work managing a screen-printing studio in Norwalk. But a teenage desire to someday launch his own brand never faded. “I started scribbling down the word ‘Manresa’ and thinking about the brand, printing a shirt for myself or a friend here and there, and it kind of grew organically,” he says.

After starting with graphic T-shirts and hoodies, he began designing cut-and-sew garments in 2019. McLachlan—who has no background in fashion design other than his single year at Marist—found himself scouring eBay for vintage pieces from favorite brands like Ralph Lauren, Woolrich, Patagonia and Nike ACG, and considering their design details after wearing them himself.

McLachlan was soon launching more ambitious pieces like a fleece sweatshirt with a tartan-lined snorkel hood and double-kneed, hiker-inspired pants. Following a successful 2021, he left his day job to concentrate on Manresa full-time. He remains the sole employee and works out of a Norwalk studio equipped with a screen-printing press and an embroidery machine.

Now that the brand has branched out beyond printed tees, McLachlan scratches his graphic design itch by creating intricate, individualized labels for his products. In the case of the cotton-linen Scotch Beach Shirt, a stern-looking osprey is bordered by the text “Manresa Nor’east.” Meanwhile, the linen Ram Island Short has an outward-facing label that depicts the Manresa Island power plant, between the legends “At the Mouth of the River where the Osprey Hunt,” and “Designed in Oyster City New England.”

According to McLachlan, many of these motifs tie back to labels found on vintage discoveries. “A lot of them are inspired by really obscure brands that nobody’s ever heard of. But they’re really beautiful and they have a lot of character.”

In light of increasing demand—and frequent sell-outs—over the most recent seasons, the brand’s forthcoming fall collection will be its biggest yet. It will be released incrementally, beginning on August 19 with a capsule featuring a fleece quarter-zip with a gusseted chest pocket and contrast elbow patches, pleated cargo pants in herringbone twill cotton and a ripstop nylon anorak that packs into its front pocket.

“I ordered about as much product as I made last year just for the next three months,” McLachlan says of the label’s soon-to-be-expanded range. “And I have what, for me, would be an incredible amount of garments on the way.”

For a brand named after a shuttered energy producer, Manresa appears to be picking up steam.