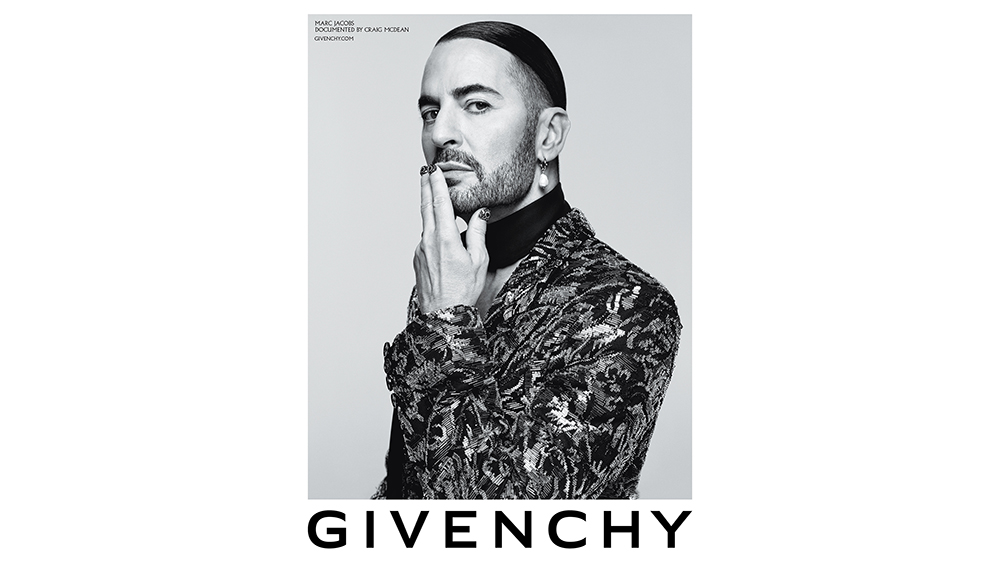 Acting as one half of the “iconic Givenchy couple,” the designer stars alongside acclaimed British actor Charlotte Rampling in a stunning monochrome campaign conceptualized by the house’s creative director Clare Waight Keller.

In the series of black-and-white stills, Jacobs and Rampling are seen sporting the Spring/Summer 2020 collection, which features a bunch of sequins, beads, buttons and impeccable tailoring, as well as florals. (Florals? For Spring? Groundbreaking, we know).

The artful photographs were intended to evoke memories of Paris and New York in the ’90s and they fit perfectly with the house’s signature grand portraiture style of imagery. British photographer Craig McDean took the shots.

In addition to the stills, Givenchy released a two-minute video in which the Paris-based actor gives the New York designer (and his wonderfully chiseled jaw) an acting class. Rampling first takes center stage and showcases a range of emotions, before tasking Jacobs to improvise a selection of moods.

“Now, give me astonishment,” she orders and Jacobs obeys, gasping and throwing his hands up. “Fear… Ecstasy… Pain,” she continues—with Jacobs doing his level best to capture each mood. The endearing clip culminates with Rampling asking Marc to do his best Charlotte Rampling impression. “I am Charlotte Rampling,” Jacobs declares, to which she responds, tersely, “Oh you’ll never be.” There’s also another clip where Rampling slaps the Jacobs in the face (jokingly).

The delightful chemistry between the two is no accident—they’ve worked together before: Rampling appeared in a now-famous Marc Jacobs spring 2004 campaign shot by Juergen Teller, in which she was depicted lying the photographer’s arms.

It’s also not the first time Givenchy has cast a designer in a campaign. Back in 2015, former creative director Riccardo Tisci chose Donatella Versace to be the face of the label’s fall campaign.

It’s worthwhile noting that Marc Jacobs’ eponymous label and Givenchy are both owned by the same parent company, LVMH, but this is the type of rare collaboration that we’d like to see more of.

Check out the campaign video below: