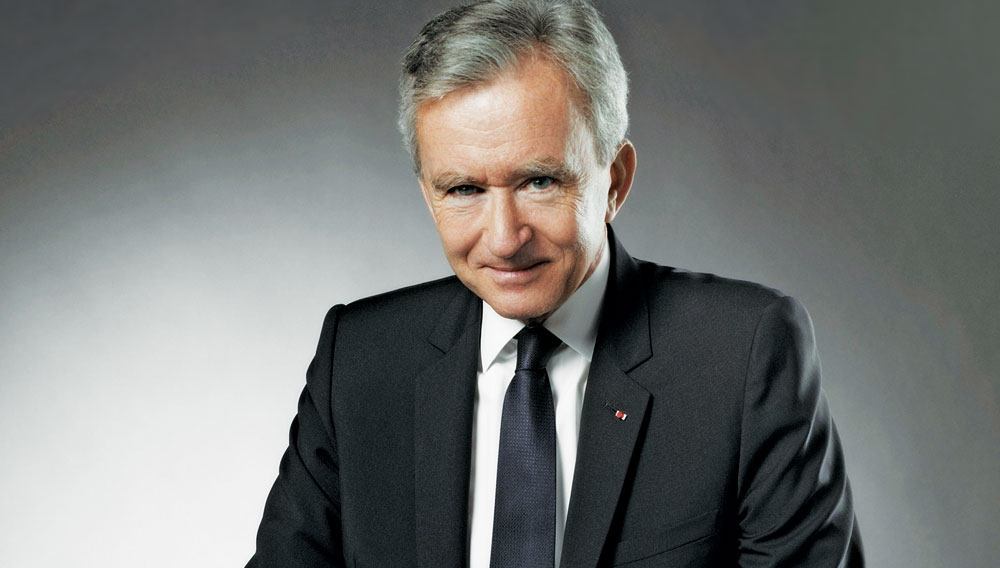 As this issue of Robb Report went to press, LVMH Moët Hennessy Louis Vuitton—the luxury behemoth that owns such brands as Bulgari, Thomas Pink, and Dom Pérignon—was preparing to host Les Journées Particulières in June. During the two-day affair, which was last held in 2011, LVMH would open the doors to more than 40 of its facilities throughout Europe and invite the public to visit the jewelers, watchmakers, cobblers, tailors, cellar masters, and other artisans behind its roughly 60 brands.

The purpose of the Journées Particulières, according to the company, is to offer a glimpse of the “savoir faire” that goes into an LVMH product. The program demonstrates the emphasis that LVMH and its chairman and CEO, Bernard Arnault, place on craft as a distinguishing feature of a pair of Berluti shoes, a Louis Vuitton trunk, a Zenith timepiece, and other luxury goods.

Arnault, whose estimated personal fortune of $29 billion is the largest in France and among the largest in the world, was born in the northern town of Roubaix in 1949. He earned a degree in engineering before joining his family’s construction business, which he converted into a real estate development firm. In 1984 Arnault acquired the then-troubled textile firm Boussac, which owned Christian Dior and the Le Bon Marché department store. Five years later he gained a controlling interest in LVMH, which had formed in 1987 when the fashion house Louis Vuitton merged with the Champagne and spirits company Moët Hennessy. Since becoming the chairman and CEO of LVMH in 1989, Arnault has added such brands as Givenchy, Donna Karan, Fendi, Guerlain, and Bulgari to the fold. Two of his five children are now involved in the business. His son Antoine is a director at LVMH and the chief executive officer of Berluti, and his daughter Delphine is the deputy managing director of Christian Dior.

Arnault’s constant—and usually successful—quest to transform dusty jewels into valuable businesses has taken him to the top of the luxury-goods world. Now, an LVMH acquisition—or even the rumor of one—becomes major news. To rejuvenate brands, Arnault cleans up the distribution and infuses the company with fresh talent at the management level. This formula worked well with Dior. Arnault first installed Gianfranco Ferré at the creative helm. Then in 1996 he selected John Galliano, who catapulted the brand into the fashion stratosphere. Arnault’s 1997 hire of Marc Jacobs as the creative director of Louis Vuitton resulted in similar magic and helped reestablish the brand as the preeminent leather-goods house. More recently, LVMH turned its focus on Céline, tapping the designer Phoebe Philo, who turned the storied but staid French label into a red-hot commodity with its booming handbag business.

Not all of the news from Arnault’s sphere of power has been positive, however. A recent investment in Hermès triggered a vitriolic backlash from the Hermès heirs, who plan to put up a fight to keep the firm in family hands.

Still, Arnault remains on course, looking to purchase brands with great potential for growth. “What is essential is the long-term position of the group and its brands,” he told shareholders at a meeting in April. “What I am interested in and what is of interest to the managers that are here is how the Dior brand, the Bulgari, the Louis Vuitton brand will look in 15 years’ time, and not so much what they will look like in six months’ time.