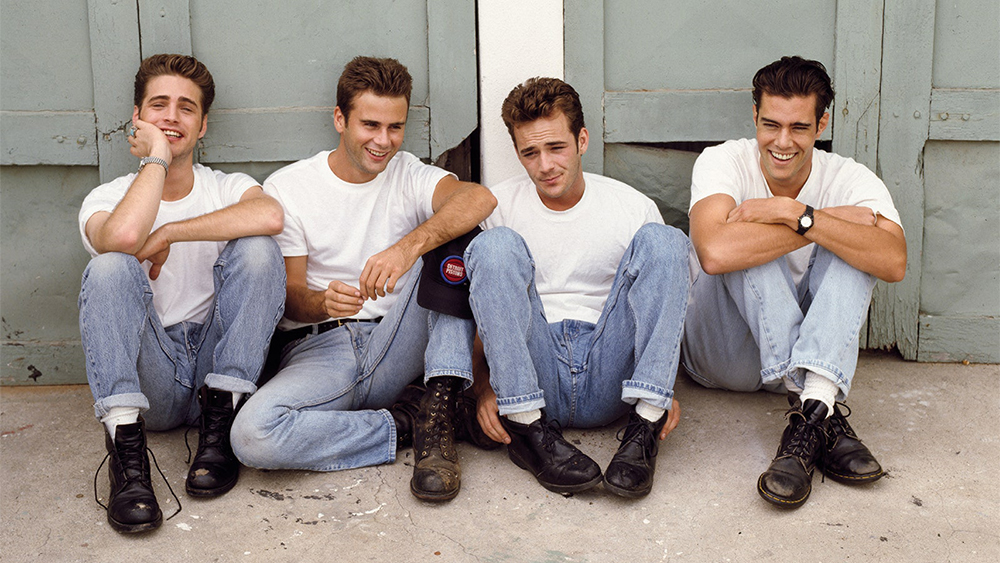 Style is more practice than theory for most people, but that doesn’t make fashion writing any less enjoyable. Quite the opposite: A slew of new books offers a broad range of stylistic inspiration and history in handsome coffee table form. They’re rich in detail, perfect for a sartorial obsessive’s library, but designed with clarity and restraint, equally suited for the casual browser or gift recipient. Refreshingly, this season’s crop is also ambitious in topic and scope, offering fresh and inclusive approaches without compromising on a beautiful product.

Brands, like the people who wear them, grow older. Brioni: Tailoring Legends looks back at the history of the storied Roman tailor and reflects on the prospect of aging gracefully. In post-war Italy, Brioni was an innovator, melding the structure and precision of English tailoring with Italian verve, and bringing suits out from the gloomy workshops into the glittering light of international fashion. It was Brioni who, in 1952, was the first menswear company to stage a fashion show. It’s easy to look back to the glory days, but the most interesting sections of this 6lb doorstop of a book are conscious of time passing.

In the foreword, Bret Easton Ellis recalls buying a Brioni suit at a pivotal midlife moment, attracted to its promise “of classicism and comfort, of being both fashionable and timeless.” After an ill-judged rock-and-roll reboot that verged on midlife crisis, for Brioni too, maturity beckons. The book’s 200 illustrations contrast old with new: a 60s “explorer jacket” appears opposite an early 2000s reinterpretation; a vintage belted dinner jacket meets a playful reprise of 2014. Alongside Roman-style power dressing, there’s also a new quiet confidence in the brand’s most recent work under Norbert Stumpfl.

Louis Vuitton: Manufactures showcases the people and places that produce the luxury giant’s luggage, garments and accessories. While the brand is rightly associated with Paris, it’s manufacturing chain is global, and so are the workshops cataloged in this craft-themed travel book. We see trunk making in Asnières-Sur-Seine at a 19th century workshop bordered by orange trees. At the Ateliers De Ducey in Normandy, the brand’s bags are stenciled and stitched. There are piles of gold trim, leather in a hundred colors, but also a taste of the north: plates of brown bread and butter, oysters and lemons. In the south we visit Grasse, seeing the perfume headquarters bathed in golden Mediterranean light. At the footwear workshop in Fiesso d’Artico, in the Veneto region of Italy, there are hand-welted dress shoes alongside the glued soles of luxury sneakers. A

rather self-important preface compares Louis Vuitton to King Louis XIV, “the most absolute of monarchs” and “the most absolute of brands.” But the book is more democratic than this suggests; the photos capture the opulence of the brand, but also its humbler inner-workings. A particular treat: seeing the newly opened Rochambeau Ranch outside Alvarado, Texas, “the only Louis Vuitton workshop to boast a barbecue pit.”

Rizzoli’s new volume VNGRD, named for the ground-breaking Milanese streetwear label, is both a history and an elegy. As journalist Federico Sarica writes in the introduction, “VNGRD was the most shining Italian laboratory of everything that then happened to fashion, to music, to the dominant aesthetics not long after. This is why it is a story worth telling, and not just for fans of the genre.” Drawing on brands like Carhartt, Supreme and Stüssy, the aesthetics of punk and hip-hop and an instinct for provocation, VNGRD came roaring on the scene in 2005. Its breakthrough came in 2008, when Kanye West posted the collection on his blog and made plans for a collaboration, connecting the Milanese label with Virgil Abloh and Matthew Williams.

Business was as hectic and messy as the party scene it was devoted to, bucking old pieties but also financial sense. This explains the tone of elegy and defiance throughout: VNGRD couldn’t last, and that’s what made it special. The book is packed with contributions from musicians, designers, producers and fashion industry insiders who speak to the wide influence the label enjoyed during its brief lifetime. And should it leave you wanting for some VNGRD of your own, to commemorate the book’s release the brand reissued its signature octopus tee.

The widest-ranging of these is The Men’s Fashion Book from Phaidon, packing in 500 color illustrations as well as an extensive foreword by Jacob Gallagher of the Wall Street Journal. As you’d expect from a publisher known for ambitious, glossy volumes on fine art, architecture and cooking, the photography is first-rate. The usual stories are well represented: English and Italian heritage brands, Americana, French cool, the Belgian and Japanese avant-garde. But there’s also Harlem legend Dapper Dan and Viennese provocateur Rudi Gernreich (inventor of the thong), more attention to African and Asian fashion and space for younger designers such as Grace Wales Bonner and Luke Sabbat. Beyond industry names and storied brands, there’s a wide cast of sports stars, actors, musicians, politicians, and public figures.

The sprawling book is arranged alphabetically, which makes for some odd combinations (Malcolm X meets Marcelo Mastroianni; John Lobb right after Steve Jobs). Readers are encouraged to flick through by cross-references on every page, taking you from Sulka to Hermès and from Miles Davis to Brooks Brothers. Gallagher heroically attempts to tie everything together but can only do so much. For all its ambition, the book inevitably lacks focus, but it’s a pleasure to browse.

If there’s one name in men’s fashion that stands for singular focus and poise, it’s Tom Ford. The designer’s first book charted his time at the helm of Gucci; Tom Ford: 002 is all his own. It catalogs his eponymous label’s clothes, accessories, eyewear and fragrances, along with the models and celebrities who wear them. The foreword sees the return of Anna Wintour, who recalls introducing Ford’s previous book back in 2004, and reflects on his humor, drive, and aesthetic consistency. Contributions from Graydon Carter and Bridget Foley border on hagiographic, but Foley’s interview with Ford is illuminating: clear-eyed about the excesses as well as the glories of the Gucci years, and reflective about the challenges of parenting and the meaning of social change. We learn about Ford’s journey into perfume and how he gave strong-framed English tailoring a heavy dose of American glamour. The photography is superb and perfectly on-brand: acres of velvet and tanned skin, sweeping tuxes and tight trunks. Alongside the suits and shades, there’s womenswear and watches. Above all, there’s swagger and provocation. It may be a more circumspect portrait, but it’s still Tom Ford.

Portraits of the Modern Gentleman

Portraits of the Modern Gentleman couldn’t be more different. The illustrator Fei Wang, who goes by the nom de plume Mr. Slowboy, presents a book cataloging his work for heritage brands such as Dunhill, Barbour and Drake’s, as well as illustrations for magazines, and portraits of friends and industry luminaries. His characters are cheerful, good-natured and occasionally hapless: an arty type in a Barbour carries enough brushes to teach an art class in his pockets and has a splash of paint on his coat; a man in a beautiful chocolate suit with a tray of honey gets pursued by bees. Slowboy’s background as a Beijing advertising creative comes through in an extraordinary combination of simplicity and detail: his drawings are never chaotic or busy, yet capture the stitching on a lapel or the fringed edge of a scarf.

The book features contributions from friends such as Jeremy Hackett, Mark Cho and W. David Marx. Instagram favorites including Scott Schuman, Jake Grantham and Ethan Newton feature among the portraits. As Yasuto Kamoshita says in his foreword, “You can always tell who they are at a glance,” yet “their facial expressions are kinder and a little more hesitant, reflecting Mr. Slowboy’s own personality.” The book is a trove of outfits and characters. In a world of glossy brand catalogs, these illustrations are a breath of fresh air, gentility and wit.

Black Ivy: A Revolt in Style

“Every new fashion is a form of rebellion,” Sidney Poitier says in the pages of Jason Jules and Graham Marsh’s Black Ivy: A Revolt in Style. The book tells the story of the vital part that Black artists, musicians, politicians and communities played in Ivy style, a flourishing of button-down collars, brushed sweaters and soft-shouldered jackets that traveled far beyond the preppy New England establishment. And it speaks to Ivy style’s role in a bigger story of Black artistic achievement, social change and the battle for equal rights. The looks here are sharp but far from monotonous: artist Charles White in tweeds, musician Eric Dolphy in a shawl collar cardigan, MLK with pristine suits and slim ties and, of course, Miles Davis, the world’s best argument for the mint green button-down, pictured in everything from seersucker to blazers.

Beyond the famous names, there’s street style, sit-in style and college scenes at Morehouse and Howard reminiscent of Teruyoshi Hayashida’s legendary Take Ivy photographs. Jules and Marsh sweep across literature, music, film, sport, politics and advertising. This is a book of arresting and tender portraits, at once a celebration of style and a commemoration of real lives. It’s a much-needed companion to books like Tanisha Ford’s Liberated Threads, showing how men’s style was just as relevant as women’s in the era. And it’s a fitting tribute to continuity and to change. As Jules says, Black Ivy was “challenging the status quo while at the same time honoring it.”