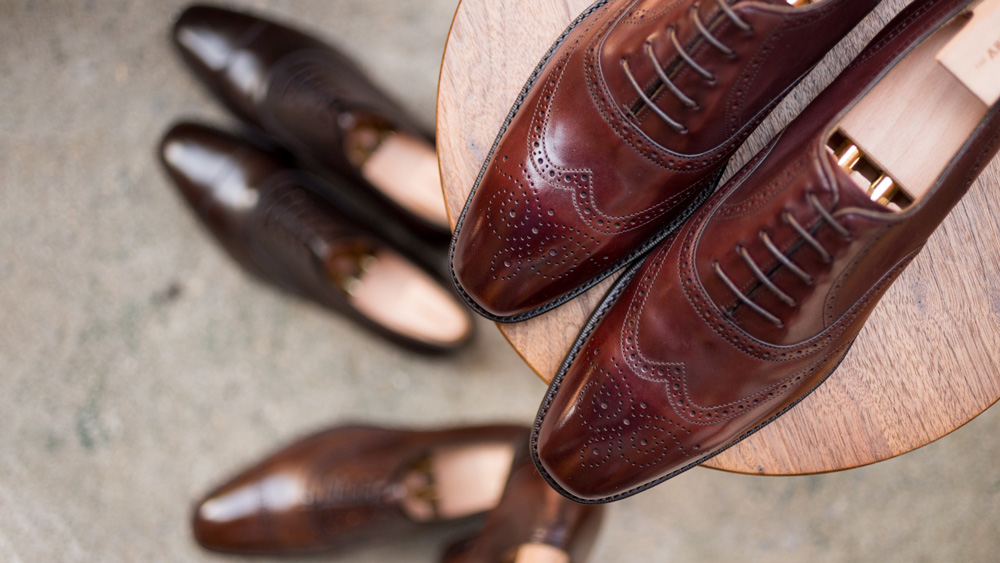 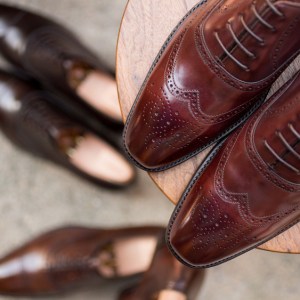 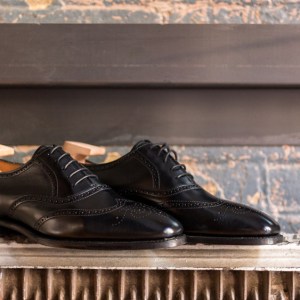 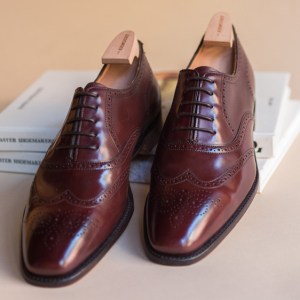 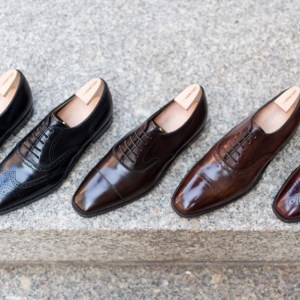 The Armoury, a menswear boutique founded in Hong Kong in 2010 with an outpost in New York’s Tribeca, is a rarity in the world of men’s fashion. It’s a store that manages to make even the most traditional menswear sexy—not sexy in a Hemsworth brother kind of way but in the sense that the Armoury’s edit of textbook classics like tweed jackets and sack suits are undeniably lust-worthy. The store’s unapologetic dedication to outfitting the modern dandy brings together brands like Ascot Chang and Drake’s alongside a host of niche artisans, many of whom produce on such a small scale that their wares are available exclusively through the Armoury.

One of those artisans is Yohei Fukuda, a bespoke shoemaker who clocked time at George Cleverley and Edward Green before setting up his own atelier in Tokyo. After a series of successful trunk shows, with Fukuda traveling to the Armoury’s two locations to fit customers for bespoke commissions, the store enlisted his expertise to create its first in-house footwear collection. Available now, the new collection distills the Armoury’s reverence for understated classicism into three superlative oxfords ($495 each).

The shoe’s silhouette was inspired by a vintage last that Mark Cho, one of the Armoury’s founders, came across in an archive. Fukuda translated it into a sleek dress shoe with a softly chiseled toe that is elegant without being exclusively formal. Available as a wingtip, semi-brogue, or cap toe, each of the shoes features a wider forefoot and an upper made from a single piece of leather, which makes them all exceptionally comfortable. The leathers range from a beautifully burnished burgundy calfskin to rich chocolate suede. Everything is produced in Northampton, England—a destination long revered for crafting the highest-quality Goodyear-welted shoes.

As a whole, the new collection is a one-stop shop for the ultimate, timelessly handsome, wear-everywhere footwear wardrobe.